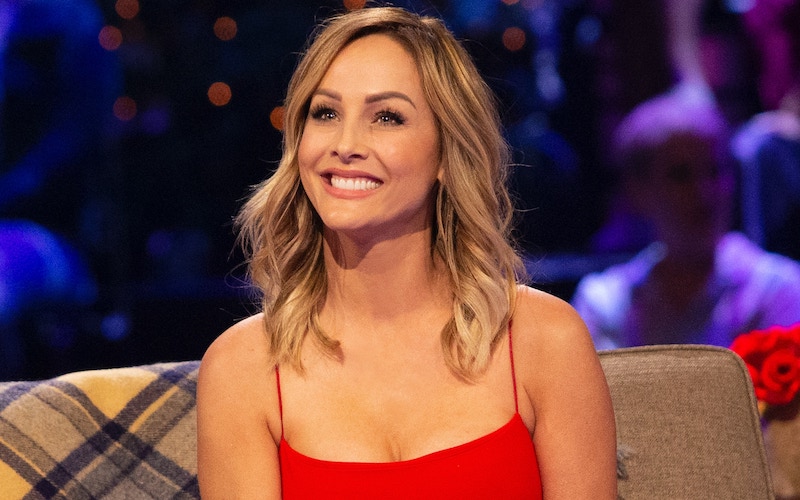 Clare Crawley, who was announced as The Bachelorette season 16's star on the finale of Peter Weber's Bachelor (Photo by Paul Hebert/ABC)

The Bachelorette season 16 was supposed to begin filming in Los Angeles on Friday, with Clare Crawley as its star, and had gotten so far into that process that the men starring in the season were photographed at their hotel on Thursday.

The threat of coronavirus that’s shut down international productions such as Survivor and The Amazing Race meant that Clare’s season would only film in the United States, but now, as the virus spreads, production has been shut down.

Clare was officially announced as the star of The Bachelorette earlier this week, during the mess of a finale of Peter Weber’s season of The Bachelor.

The Bachelor and The Bachelorette typically film at The Bachelor mansion for several weeks and then travel around the country and world. Season 15 traveled to Rhode Island, Scotland, Latvia, and the Netherlands, and then returned to the U.S. for hometown visits in California, Florida, Georgia, and Tennessee, before going on to Greece for the finale.

Wednesday, Chris Harrison told People that the coronavirus pandemic “is 100 percent affecting [production]. I mean, Clare’s season is about to get under production and we’ve already nixed all international travel. Clearly, you can’t. We’re going to keep it domestic. We might even have to keep it in Los Angeles when it’s all said and done. Who knows?”

But as of then, the plan was to still film the season, even if the only filming location was the Southern California mansion. Harrison said they had a clinic and doctor on set, plus new hand-washing stations. “We’re on it. We’re being vigilant, we’re being smart, we’re doing everything we can, just like you should be doing at home,” he said.

“We need to be safe and sane, #Bachelornation but will keep working 24/7 to get back on track as soon as we can!! And don’t forget we still have #LTYH coming Easter Monday!!”

“LTYH” refers to The Bachelor Presents: Listen To Your Heart, the new music-focused spin-off.

The Bachelorette season 16 is scheduled to premiere in two months, on May 18, and that may or may not change.

What also may or may not change is the cast: The casting department had been making last-minute changes after the selection of Clare, who’s the franchise’s oldest Bachelorette star ever. Some men in their 20s were told that they’d no longer be needed, as the show was looking to cast men in their 30s. (The Bachelor/ette start casting suitors, which you know is a great way to find a life partner for someone, and not just a person desperate for Instagram followers.)

But when ABC released the names and bios of 32 men who’d be on the season, most of them are still very young: While there are some who are close to her age—36, 38, and 42—the rest are in their 20s and early 30s.

Interestingly, though, that story is now missing from ABC’s web site, though of course the names are everywhere. Is that an indication that something might change? Or just a technical screw-up? Might some of those men have to drop out because of the delay?

When this season will start filming is not yet clear. Chris Harrison posted a video to Instagram Friday night in which he says, “production of The Bachelorette has been postponed for two weeks at least.”

He started by saying “it is with a heavy heart that I come to you tonight” because “I should be standing on a very wet driveway with a very excited woman, ready to change lives.”

Chris Harrison does give meaningful attention to the effect of this postponement on the crew: “that doesn’t mean this decision wasn’t hard to make, because this will affect a lot of people … There are hundreds and hundreds of people,” he says, listing many of the types of jobs there are on the show. “This is massive. Jobs will be lost, paychecks will be lost, and there’s just no way to avoid that.”

I’m glad he mentioned that, but I’m not quite sure I agree that there’s “no way to avoid that.” There may be no way to avoid this indefinite postponement of Bachelorette 16 filming, but what about just paying those people during this downtime, sharing some of the millions in profit with the people who create the show?