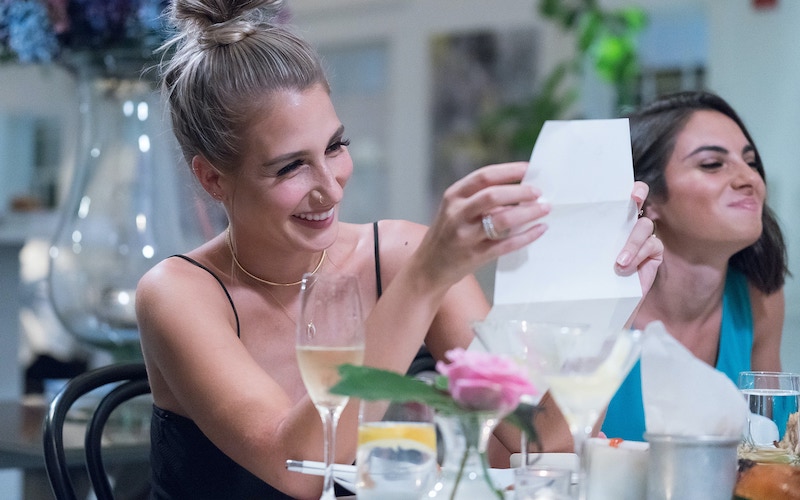 It's still winter but Summer House is back. Pictured here are Amanda Batula and Paige DeSorbo during season 3. (Photo by Mark Sagliocco/Bravo)

By my count, 82 reality shows premiered in January, which may explain why I already feel behind and in need of some hibernation. February will let up, but not by much: I currently have 40-something shows on my list of premieres for this short month—and a lot of those are must-watch series, both new (Lego Masters) and returning (Survivor 40).

Let’s start our look at this week’s premieres there. The premiere of Survivor: Winners at War isn’t until next week, but this week we’re getting a special celebrating the show: Survivor At 40: Greatest Moments And Players (CBS, Wednesday at 8).

If you’re curious, we already know who some of those greatest Survivor moments and players are—as curated and selected by Jeff Probst and his producing team.

It’ll have competition: it’s airing opposite the timeslot premiere of The Masked Singer season three (Fox, Wednesdays at 8). The new season premiered last night after the Super Bowl.

And Fox is following The Masked Singer with the premiere of a show I’m really looking forward to: Lego Masters (Fox, Wednesdays at 9). Teams of two will construct things out of Lego bricks.

Food Network’s newest competition is Girl Scout Cookie Championship (Food Network, Mondays at 8), which is hosted by Alyson Hannigan and challenges its contestants to use Girl Scout cookies in everything they create.

It’ll be paired with the new Chopped Sweets (Food Network, Mondays at 10), which is hosted by Scott Conant and features mystery baskets and three rounds of desserts.

There’s a new Below Deck coming, and its title explains its difference from the other installments: Below Deck Sailing Yacht (Bravo, Mondays at 9). Yes, this focuses on the crew and “demanding charter guests” on a sailboat in Greece.

Also back on Bravo:

I played McDonalds’ Monopoly game frequently when I was a teenager, back in the 1990s, which is also when one man stole $24 million using those little tear-off game pieces.

McMillion$ (HBO, Mondays at 10) is a six-part series about that heist, a story that was also told in this outstanding Daily Beast piece by Jeff Maysh.

“Will they fall in love with the past, or will they fall apart, on the 1900 Island?” That’s what the narrator asks at the beginning of the BBC’s latest historical reality show, which sends four families to live as if it’s 1900 in a small Welsh fishing village.

I wish PBS would return to these—or just re-broadcast my favorite, Manor House—but this latest version, The 1900 Island is now streaming (Acorn, Feb. 3).

The Pharmacist (Netflix, Feb. 5) follows a pharmacist whose son died from opioids; that pharmacist “goes to extremes to expose the rampant corruption behind the opioid addiction crisis,” Netflix says.

The doc is based on a book, Heat Wave, and looks at “the politics of ‘disaster,'” according to PBS.

In Memoriam (Investigation Discovery, Saturday, Feb. 8, at 9) focuses on the survivors of three mass shootings, and first responders, who all tell the wrenching stories of what happened. ID says the film is just “focusing on the lasting emotional scars mass shootings leave behind.”

The Witnesses (Oxygen, Saturday and Sunday, Feb. 8 and 9, at 7 p.m.) “follows the stories of four former Jehovah’s Witnesses, as they recount details of the sexual abuse they endured during their time within the organization,” according to the network.

Lost Temple of the Inca (National Geographic Channel, Friday, Feb. 9, at 10) follows a scientist who, according to NatGeo, “makes a mysterious discovery at an alpine lake near Mt. Ausangate that he believes is the lost temple.”