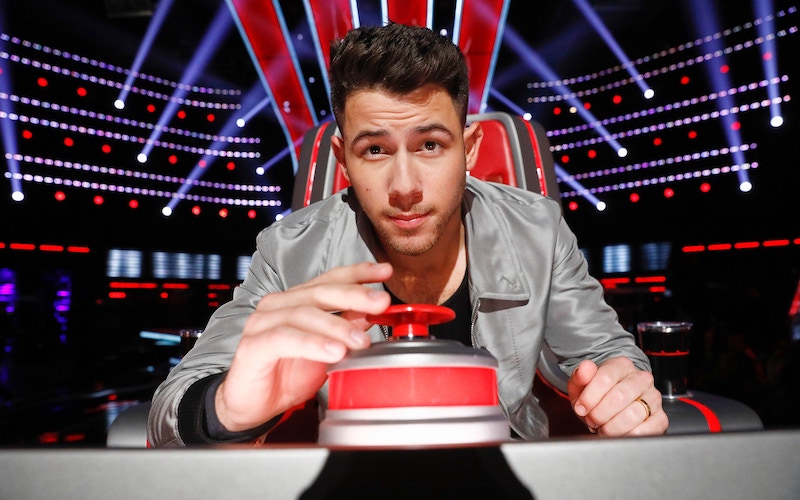 Good Monday morning! This week brings us an extra day of the year—hello, February 29!—but far fewer premieres, perhaps because spring reality TV is in full swing.

Some spring shows are even ending already, like the four-episode Girl Scout Cookie Championship (Food Network, Monday at 8), which was a bizarrely bad show. If you took a box of Girl Scout Cookies, microwaved it, and then smeared those hot cookies all over your walls, you’d have less of a mess than this show.

Also ending a season this week: Love is Blind. Its final episode will be streaming this week (Netflix, Thursday) and reveal which of the remaining couples decide whether or not to get married—a decision they make at their weddings.

RuPaul’s Drag Race returns on VH1 for season 12, and moves to a new timeslot: Fridays at 8. (All Stars, which will premiere after season 12 concludes, is moving to Showtime.)

There’s a special Shark Tank mid-week (ABC, Wednesday at 10). The episode is titled “The Greatest of All Time,” kind of like the recent Jeopardy! championship, but this isn’t a game show.

There’s a special Shark Tank coming mid-week (ABC, Wednesday at 10). The episode is titled “The Greatest of All Time,” kind of like the recent Jeopardy! championship, but this isn’t a game show.

Instead, it’s more like a recap episode: it has interviews with the sharks and “looks back on the most successful products, unforgettable pitches and clever entrepreneurs to appear over the years.”

I’m a fan of business makeover shows and travel reality TV, so Restaurants on the Edge (Netflix, Friday) is a new show I’m looking forward to seeing. On the show, three experts try to help restaurants that have spectacular views but failing businesses.

Netflix is also premiering a new documentary series, The Trials of Gabriel Fernandez, which premieres Wednesday and is about an eight-year-old who died from abuse by his mother and her boyfriend. Netflix calls it “an eye-opening investigation into the government systems that failed to protect Gabriel.”

Married at First Sight’s Cal Roberson gets his own show, Bride & Prejudice: Forbidden Love (Lifetime, Wednesdays at 10), on which he helps couples whose family and friends don’t like the relationships.

In documentary TV, Miles Davis: Birth of the Cool (PBS, Tuesday, Feb. 25, at 9) is American Masters‘ Grammy-nominated film about “the six-decade career of the musical genius,” according to PBS.

Always in Season (PBS, Monday, Feb. 24, at 10) uses the case of a black teenager found hanging from a North Carolina swing set to examine “the lingering impact of more than a century of lynching African Americans,” according to Independent Lens.

Queen of Versailles director Lauren Greenfield’s new film is The Kingmaker (Showtime, Friday, Feb. 28, at 9), which profiles former Philippines first lady Imelda Marcos. Showtime says the film has “intimate access, including one-on-one interviews and verité footage with Imelda Marcos,” and “tells her story as a powerful female leader who changed history and divided a nation.”