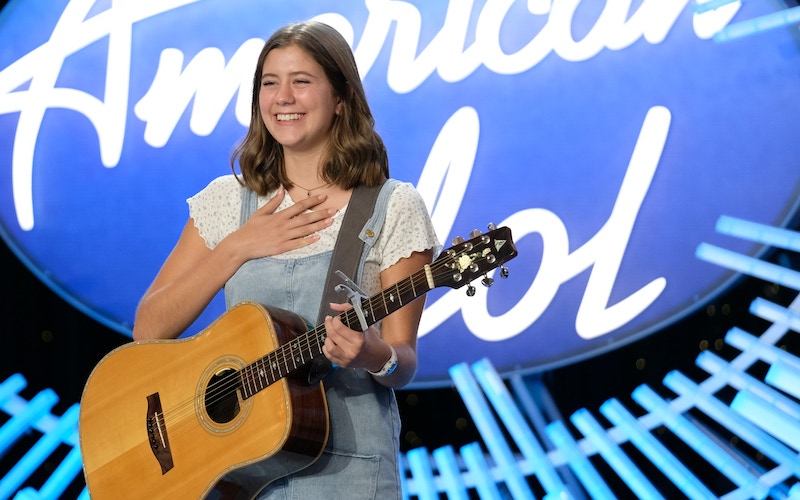 Camryn Leigh Smith auditions for the judges on American Idol 18, or season 3, as ABC is calling it (Photo by Eliza Morse/ABC)

Good Monday morning, and welcome to 2020’s biggest week of reality television premieres so far! That’s not to say we haven’t had dozens of premieres so far, but several iconic reality shows are all returning this week.

That’s led by the most significant premiere: the 40th season of a nearly 20-year-old broadcast reality competition, but also includes the return of an old broadcast show, and the latest season of a revived broadcast series. It may just feel like the mid-2000s all over again.

Here’s your look at what’s returning and premiering this week.

Let’s start with Survivor: Winners at War (CBS, Wednesdays at 8), which will have these 20 winners competing for $2 million and also playing with new Survivor currency: fire tokens.

The next day, and the day before Valentine’s Day, Netflix premieres a brand-new dating competition format from the producers of Married at First Sight.

It’s called Love is Blind (Netflix, Thursday), and it won’t all be released at once. Instead, its episodes will be released in batches, every Thursday, like what Netflix did with The Circle. And that’s not the only thing it has in common with that Netflix series. Watch for my review later this week.

This weekend brings the return of American Idol (ABC, Sundays at 8), which ABC is calling season three because it’s hoping you forget about the previous 15 seasons that aired on Fox, and because ABC doesn’t mind ignoring facts as long as it makes things easier for viewers.

The big show returning from the dead is Extreme Makeover: Home Edition, which hasn’t been on the air for eight years.

It moves from broadcast to cable (HGTV, Sundays at 9) and has a new host, Jesse Tyler Ferguson, and new designers. Everything else is pretty similar: the moving stories, the incredible makeovers/teardowns, the product placement.

HGTV following that with the premiere of 100 Day Dream Home (HGTV, Sundays at 10), on which Brian and Mika Kleinschmidt create “a completely personalized home” for its new owners.

On Friday, a new documentary series looks at the history of LGBTQIA people on television—which means there’s a lot of attention on unscripted shows, of course.

The series is called Visible: Out on Television (Apple TV+, Feb. 14), and I’ll publish an interview with its director later this week.

Fans of sports documentary series—or of NASCAR—will want to check out NASCAR All In: Battle for Daytona (MotorTrend app, Mondays), which follows several drivers on and off the track before the Daytona 500.

truTV’s Impractical Jokers will air its 200th episode this week (Thursday, Feb. 13, at 10). Yesterday, truTV began a marathon of the previous 199 episodes, which will air all the way until 9 p.m. on Thursday.

The Windsors: Inside the Royal Dynasty (CNN, Sundays at 9) examines the royal family in Britain.

Leftover Women (PBS, Monday, Feb. 10, at 10) follows three women—a lawyer, a college professor, and someone who works in radio—who are labeled as “sheng nu,” which PBS says is “a derogatory term used in China to describe educated, professional women in their mid-20s and ’30s who are not married.” That pressure is bolstered by “a state-sponsored campaign to stigmatize unwed women.”

Battle for Hong Kong (PBS, Tuesday, Feb. 11, at 10) is about protests against communist China’s influence in Hong Kong, and “follows five protesters through the most intense clashes over several months of pro-democracy protests,” according to Frontline.

Muhammad Ali is the subject of Ali & Cavett: The Tale of the Tapes (HBO, Tuesday, Feb. 11, at 9), but this doc focuses on the boxer through “his relationship with television talk show host Dick Cavett,” according to HBO.

Hitler’s Teen Killers (National Geographic Channel, Sunday, Feb. 16, at 9) is a documentary about the 20,000 teenagers who “pledged to give their lives for Hitler” and “were fanatics who would not be stopped,” according to NatGeo. The film uses archival footage and interviews with survivors.