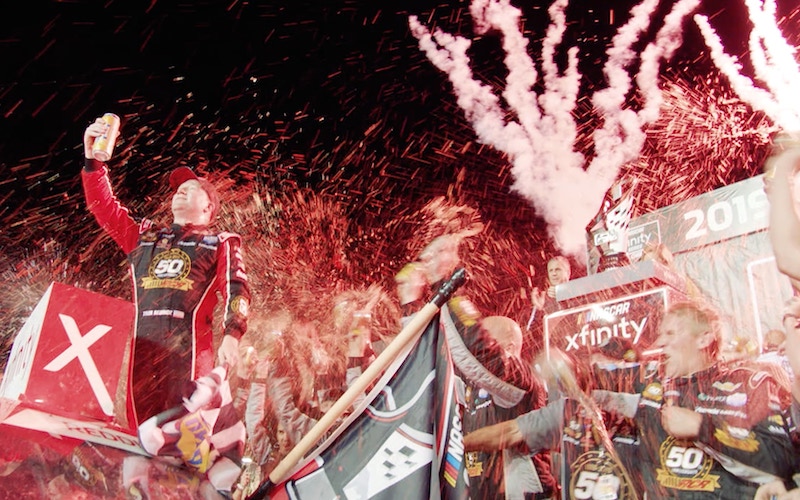 A scene from the trailer for NASCAR All In: Battle for Daytona

The 62nd running of the Daytona 500—a 500-mile, race around a 2.5-mile track in Daytona Beach, Fla.—will take place on Feb. 16, but a week earlier, a new reality show will premiere that goes behind the scenes.

It’s called NASCAR All In: Battle for Daytona, and judging by the preview alone, which has everything from personal moments to slow-motion sequences, it looks similar to the first sports documentary series, HBO’s Hard Knocks.

MotorTrend is the Discovery Communications-owned network that was known as Velocity, but rebranded in 2018 to connect with the long-running car-focused magazine.

NASCAR All In: Battle for Daytona promises, according to a MotorTrend press release, “exclusive, inside access to NASCAR Cup Series drivers’ preparation for the Daytona 500 from the vantage point of the athletes, their race teams and families.”

The press release says the new show “will go off the track in near real-time for an emotional, behind-the-scenes look at the highs and lows of real-life NASCAR racing for drivers.”

The three drivers mentioned are:

New episodes will be released Mondays starting Feb. 10, but the series will not be broadcast on actual television.

Instead, it’s only available via MotorTrend’s streaming service, which costs $5 per month. (There is a 7-day free trial via Amazon, and some shows are free and ad-supported.)

MotorTrend GM Alex Wellen highlighted in the press release that this is “our first sports documentary series” and said it “is an intimate look at the ‘humans under the helmet’” that “will give our fans a never-before-seen look at the Great American Race.”

NASCAR’s Tim Clark said that “the journey leading up to the Daytona 500 is one filled with emotion, drama and intensity, all to be captured by NASCAR Productions and delivered straight to race fans.”