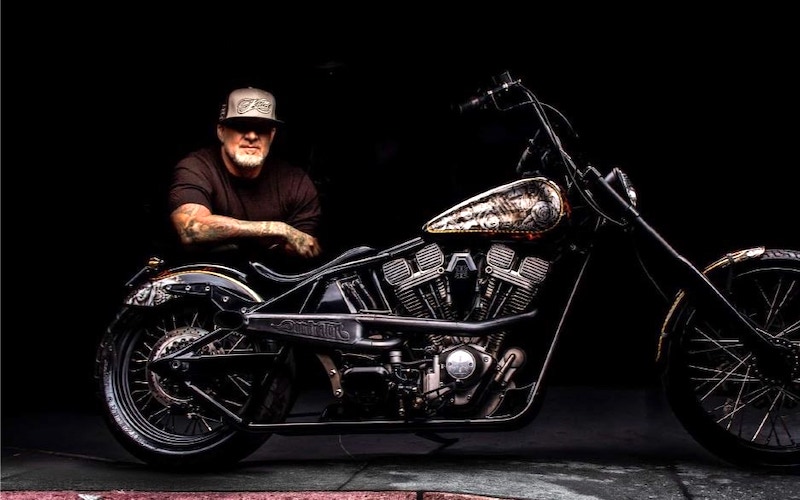 Discovery Channel’s series Monster Garage, which originally aired five seasons from 2002 to 2006, is returning, and will premiere sometime this year.

Its original host, Jesse James, is returning, too, with “an upgraded garage, cutting-edge technology and a renewed passion for creating some of most mind-blowing vehicles to ever drive across television screens,” according to the network.

After the cancellation of Monster Garage, host Jesse James went on to star in other shows, including Jesse James Is a Dead Man and season two of Donald Trump’s The Celebrity Apprentice, on which he placed third.

In a press release, James said, “It’s crazy to think my relationship with Discovery Channel started exactly 20 years ago. After all this time I’m still excited to step into the Monster Garage. Excited to work hard and push the limits again. Showing people what you can do with teamwork, skills, and a refusal to quit.”

A year ago, Discovery wanted a ‘crappy/cheap reality show’

Last January, James announced on Instagram that he and Original Productions “[had] entered into a partnership to do just that: Bring Back Monster Garage! All the original producers and editors and even [Christian “Body Drop” Artiaga] and [Brett “Big Schwag” Wagner]” would be returning.

In that same post, though, he said that a deal with Discovery fell through because the network’s executives wanted to make it a “crappy/cheap reality show”:

“I signed a 5 year deal with Discovery Network for Monster Garage. Then after dealing with the management at Discovery(None of whom have seen one single episode of MG) I killed the deal. They were pushing very hard to change Monster Garage into a Crappy/Cheap reality show. Falling inline with the rest of their motor trend automotive programming. Sorry but I’m not doing that. So the Good News is we have a few other networks that are very very interested. I expect some news in the next couple weeks.”

Clearly, that’s been resolved in the year since. Today, James posted a message that said “Welp! Time to get my ass back to work! Thank you @discovery,” and added two prayer-hands emoji.

Beers also created a spin-off, Monster House, which aired between 2003 and 2006, and featured extreme makeovers of houses and aired during the peak Trading Spaces era.

Original Productions president Jeff Hasler said in the release that “Monster Garage is the ultimate heritage brand at OP. We’re absolutely thrilled to be bringing this iconic series back to Discovery that celebrates creativity, engineering, mechanical abilities and sheer brilliance found in the garage.”

Discovery said that James has “new expertise in forging and blacksmithing,” and explained where he got that:

“In the years since Monster Garage ended, James has traveled the world, expanding his skill set along the way. His passion for pushing the boundaries in metal-working took him to Israel where he apprenticed with Uri Hofi, considered one of the world’s most accomplished blacksmiths. Now, James is back to continue his legacy and inspire a new generation of builders. With a focus on elevating mechanical and automotive vision in the shop, James is once again looking to accomplish the impossible and will be working with some of the most talented craftsmen and women in the country.”