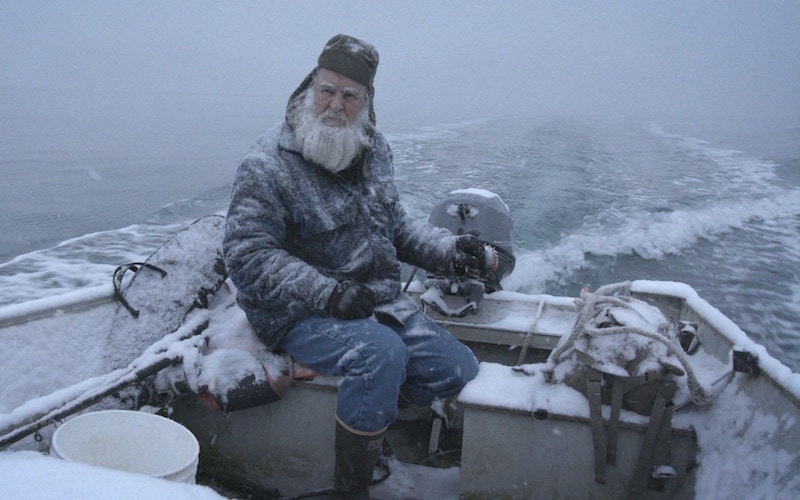 Life Below Zero’s expansion starts tonight on National Geographic Channel, when Life Below Zero: Port Protection premieres (NatGeo, Tuesdays at 9), following about 15 percent of the residents of a small Alaskan community.

The new show is technically a continuation of Port Protection Alaska, a NatGeo series which first premiered in 2015 and aired three seasons. But as its trailer and commercials—set to the haunting song “Hey Boy in the Pines” by Danny Farrant and Paul Rawson—show, it retains Life Below Zero’s signature visuals, but it is a separate series. (There will also be a brand-new spin-off.)

I asked the show’s executive producer, Joseph Litzinger, from production company BBC Studios, what has changed from Port Protection Alaska, and he said it’s “a fresh take on the much loved first season, with an added Life Below Zero edge.”

The difference between the regular LBZ and the Port Protection version, he said, is the show’s “quirky characters”—but there’s also a different focus on what they’re doing in Alaska.

The main cast members (below) probably won’t have any connection to Life Below Zero’s central cast, such as Sue Aikens, despite the shared titles and Alaska setting. Litzinger said crossovers were “unlikely,” though he added that, since “the show is unscripted and PP is hundreds of miles from the LBZ cast, you never know what the future holds.”

The series will feature Life Below Zero’s Emmy-winning cinematography, as you can see in the clip above. I asked Litzinger about how much planning goes into those kinds of shots.

“Our cinematographers are incredibly talented and are masters at using the gear in these difficult environments,” he said. “When something like a 60-pound halibut is getting pulled out of the water, it’s all hands on deck, with two cameras rolling in real-time, a slo-mo camera, drone in the air, and GoPros strategically placed to give the editors and story producers as many angles and shots to choose from to create the perfect moment.”

What you usually won’t see is the crew capturing these images—even when the perspective shifts to a drone shot overhead. “Our cinematographers have become experts at capturing the action of a moment while framing out the production team,” he said. “And some strategic placement of the rest of the crew definitely helps. Our editors and story producers in [post-production] also work to ensure that shots of the crew don’t make it into the episodes.”

The community of Port Protection, Alaska—which had a population of 48 in the 2010 census and is smaller than five square miles—became the setting for Life Below Zero: Port Protection because “there’s an instant magic you feel once you arrive in Port Protection. It’s truly a one-of-a-kind type of place and the characters are all very unique,” Litzinger told me.

There are seven central characters on the show, which means about 15 percent of the community is starring in the show. Here are those seven people, along with their NatGeo bios:

“With 39 years in Port, Gary’s self-taught subsistence survival skills are legendary amongst the community, who seek out his teachings, especially when it comes to trapping. Gary’s biggest asset is a 100-year-old fishing boat, The Margaret T. Although a loner, Gary is well liked for his wry humor and quick wit and is rarely seen without his trusty dog Trapper.”

“Loud, direct, and always laughing, Mary is a straight shooter who’s one hell of a shot. Although she grew up a city girl, Mary’s father owned a gun range, where she learned to shoot at a very young age. Mary came to Port Protection to get away from the real world, and stayed when she found the freedom and community she was looking for.”

“Curly prides himself with a non-monetary basted lifestyle. Instead he earns his keep supplying the town with firewood, which he uses to barter. At 5’6 and two hundred and fifty solid pounds, Curly is also known to be a prolific hunter and trapper. What he can’t barter for, he kills. Curly is a friend to anyone, but like many in the community, he prefers to work alone.”

“Sam Carlson has lived his whole life in the forest around Port Protection. Over 50 years he has commercial fished, trapped, built a compound, and raised a family. Very intelligent (reading about Quantum physics is a hobby) and self-taught, Sam is a proud Alaskan who is continually using his own ingenuity to better himself.”

“Matt grew up with his father Sam in Port Protection. He was one of the first graduating classes from the old school across from Gary’s house. As soon as he could leave, Matt traveled south, but quickly returned to Port Protection with his growing family, partner Kaylee and 2 year-old daughter Shipley. He hopes to establish a life for his family here and give his daughter the same unique experiences he grew up with. Matt fishes, hunts, and works within the community.”

Stuart is a fisherman who takes pride in doing things his way. Although laid back, Stuart’s entrepreneurial streak runs strong. When he is not hiring out his fishing vessel, the Donna Mae, or making resupply runs for the community, he’s looking for ways to better himself.

“Squibb has been living in Port Protection for 17 years, and he’ll be the first to tell you why it was the best decision he made. His philosophy is that the modern world values financial wealth, mundane jobs, and that we get lost in the consumption of products that have small lifespans. When he came to this realization he decided to seek out a life in the wilderness where he could build his own necessities and find wealth in experience and nature. He feels the people in Port Protection live like ‘kings on pennies,’ and he loves every minute of his self-proclaimed ‘minimalist lifestyle.'”