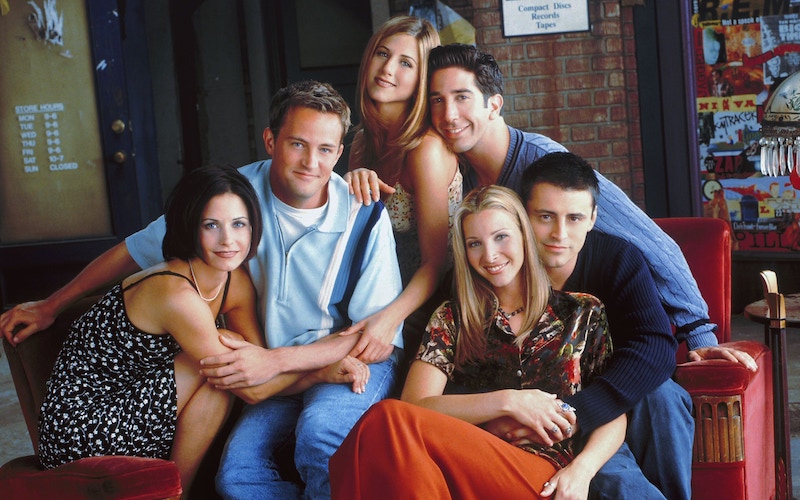 Instead, it’s an “unscripted special,” i.e. The One Where They Get Paid to Sit Around and Talk About The Show. Usually I’d get excited about an unscripted look at pop culture, but this feels rather underwhelming.

HBO Max chief content officer Kevin Reilly said in a press release that “we are reuniting with David, Jennifer, Courteney, Matt, Lisa, and Matthew for an HBO Max special that will be programmed alongside the entire Friends library,” and said the show “taps into an era when friends— and audiences—gathered together in real time and we think this reunion special will capture that spirit, uniting original and new fans.”

HBO Max said that the six cast members “will return to the iconic comedy’s original soundstage, Stage 24, on the Warner Bros. Studio lot in Burbank for a celebration of the beloved show,” according to a press release.

The cast members will each receive $3 to 4 million for appearing on this “unscripted special,” Deadline reported earlier this month, though Variety reported today that it was less than that: “at least $2.5 million apiece.” That’s a lot of cash for very little work.

News of this reunion first broke in The Hollywood Reporter last fall, and even then it was billed as just an “unscripted special,” as THR reported that “[t]he cast and creators, for their part, have remained steadfast over the years since the series wrapped its 10-season run that they would not do any sort of scripted revival.”

Still, I joked on Twitter that this reunion would only be less-impressive if Andy Cohen was hosting it—and it turns out he already did just that!

He hosted a reunion of the Friends cast in 2016 that was part of a special focused on legendary sitcom director James Burrows, Must See TV: An All-Star Tribute to James Burrows.

Matthew Perry wasn’t in attendance then, and critic Brian Moylan wrote then that it was part of “the most intensely boring two hours I have ever endured,” and the Friends together offered “nothing more insightful than the Oprah Winfrey interview the cast did 12 years ago, before the groundbreaking sitcom went off the air.”

The new special will be available only on HBO Max, the streaming service that launches in May and will include all 236 episodes of Friends.

Those episodes will be available for free starting next week, when WarnerMedia’s TBS will air every episode weekdays from 10 a.m. to 4 p.m.

The special will be produced by Warner Bros. Unscripted & Alternative Television, which also produces The Bachelor franchise, and is directed by Ben Winston, whose production company Fulwell 73 produces The Late Late Show with James Corden plus reality shows Drop the Mic, Carpool Karaoke: The Series, and The World’s Best.