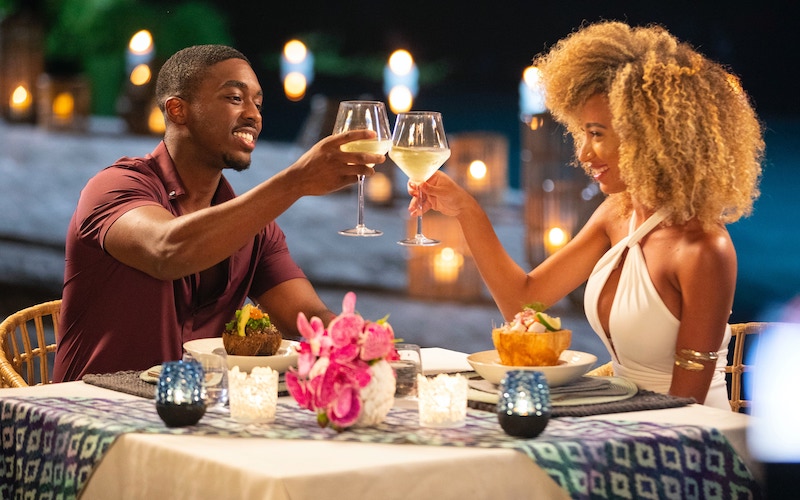 The Amazing Race 32 is sitting on a shelf at CBS, having been filmed back in 2018, but that isn’t bad news for the franchise. As I reported in January, TAR 32 should air sometime this year, and the show’s creators told me that TAR 33 was happening.

And now, that season is actually filming, as TAR 33 started production yesterday, Feb. 22. And there’s at least one team from another CBS reality show.

The first team to be identified from photos posted to social media was easy because they’ve already been on a CBS reality competition: Caroline “Caro” Viehweg and Ray Gantt appeared on CBS’s version of Love Island, which aired last summer.

Caro and Ray were photographed in an airport in New York. They’re the only couple still together after Love Island season one.

The cross-over probably won’t help promote Love Island season 2, which is premiering in May, and is likely to air before The Amazing Race 32 ever airs, never mind TAR 33.

In other words, by the time Ray and Caro’s season of The Amazing Race airs, another full season of Love Island will have come and gone.

Interestingly, the teams appear to have started from their local airports, bound for London. That’s very different than the public, middle-of-Manhattan start for season 30.

Considering that season 31’s first leg in Los Angeles, which included two challenges, was completely useless, it makes sense just to have all the teams head to their first destination and essentially start the race there.

Still, that could make for a curious start: How will host Phil Keoghan kick off the race if they’re all spread around the country? Or will the official start be in London?

Speaking of Phil, on Wednesday, Phil Keoghan posted a photo on Instagram from the set of his new CBS reality show, Tough as Nails. But that photo may have been taken earlier, and people who worked on Tough as Nails have indicated it was in production late last year.

As always, the route is being tracked in real time by those at Reality Fan Forum, if you want to know the route and spoilers about how far teams go on the route.

The only other notable team identified so far are Buffalo police officers Michael Norwood and Moe Badger, who made news last year for their singing.

One question hanging over The Amazing Race’s race around the world is if or how the spread of coronavirus will affect the route. The virus is spreading, including to Italy, South Korea, and Iran, and could be approaching pandemic status.

With the exception of season 8, the family edition season, The Amazing Race has always visited Asia, which of course is a massive continent. Right now, the CDC is only recommending “travelers avoid all nonessential travel to China,” so it’s very possible for the race to travel to the region.

It’s also worth noting that the the regular flu is affecting far more people right now: In the United States alone, “CDC estimates that so far this season there have been at least 29 million flu illnesses, 280,000 hospitalizations and 16,000 deaths from flu,” according to the CDC, while about 2,100 people have died from coronavirus as of last week.