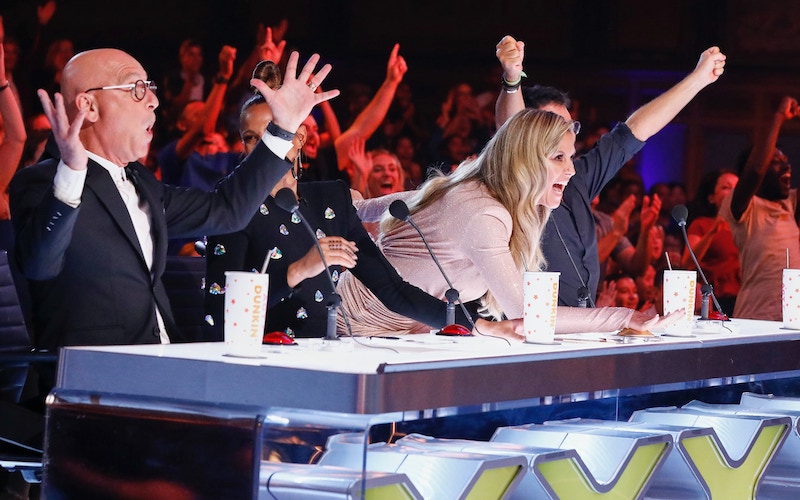 It’s the first full week of 2020, and broadcast reality TV has five big returning reality shows to get us through these dark winter days. Meanwhile, cable and streaming services are premiering more than 20 shows this week.

And of course, we still have the 26 shows that premiered last week, including four new episodes of Netflix’s The Circle that drop this Wednesday. So let’s look at what’s ahead!

Over the past few years, broadcast networks’ fall schedules have had fewer reality TV shows on their fall schedules. Fall is the home for new scripted series; reality TV shows stand by to fill in the gaps when those shows get cancelled. But winter has become the new summer, with midseason premieres of old franchises and new series, too.

That’s best exemplified by NBC’s America’s Got Talent: The Champions (NBC, Mondays at 8), which is basically an excuse to take advantage of its popularity.

AGT: The Champions has a slightly new format and voting system, and was once again pre-taped, so none of it will be live.

Also on broadcast TV, there’s the return of The Bachelor (ABC, Mondays at 8). Peter Weber is back flying for Delta now, but his season of manufactured drama starts tonight. He’ll be looking for love and cutting open his face.

Ellen DeGeneres returns to host her game show Ellen’s Game of Games (NBC, Tuesdays at 8), while Gordon Ramsay brings back his shtick on 24 Hours to Hell and Back (Fox, Tuesdays at 9).

Finally, there’s a new season of Undercover Boss (CBS, Wednesdays at 8), which returns with actual bosses going undercover—not celebrities, like in the special episodes that aired a few years ago.

Catfish: The TV Show (MTV, Wednesdays at 8) returns for a new season, which has, in its old age, become so desperate for viewers and/or participants that it’s now ambushing people whose friends think they’re being catfished.

From the producer of Last Chance U comes Cheer (Netflix, Jan. 8), which follows a competitive cheerleading team at Navarro College.

On Reclaimed (Discovery, Thursdays at 9), two miners will renovate dormant mines in exchange for some of the profits.

Hot and Heavy (TLC, Tuesdays at 10) focuses on three men who, in TLC’s words, “defend the honor of their significant others and face judgment due to their mixed-weight relationships.”

That framing alone has resulted in criticism of the show because “audiences are only being exposed to couples where the ‘heavy’ is a woman and the ‘hot’ is a man,” which means, as BJ Colangelo writes for The Curvy Fashionista, “The woman’s weight is presented as a hurdle each couple needed to overcome in order to achieve acceptance and happiness.”

A&E has spun a competition series off of its hit show Live PD: America’s Top Dog (A&E, Wednesdays at 9) is a competition between K9 teams, including from the show and non-police teams. Five compete in each episode. Its series Live Rescue (A&E, Mondays at 9) also returns.

Ink Master: Turf War (Paramount, Tuesdays at 10) introduces a new twist for season 13: the contestants will be divided into four groups based upon where they’re from: the north, south, east, and west.

Finally this week: Lifetime’s documentary series Hopelessly in Love continues (Friday, Jan. 10, at 9) with “Faith Evans and Notorious B.I.G.”, and says that “Faith Evans is ready to confront her pain and revisit the most intimate moments of their relationship… from their whirlwind engagement, to the East coast/West coast rivalry that led to Tupac and Big’s deaths.”