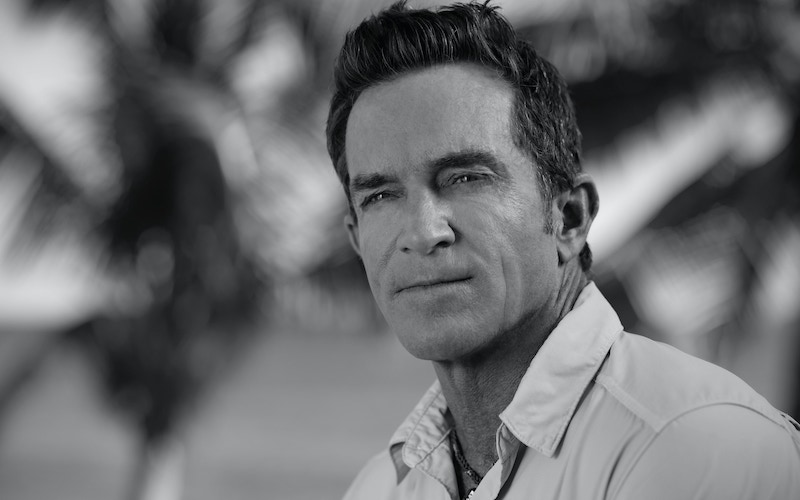 One of the most respected voices in the Survivor community has issued a dire warning about the future of Survivor’s format and game play, suggesting that right now is the last chance to stop the Edge of Extinction from becoming a permanent part of the CBS show.

And separately, Jeff Probst responded to criticism of the show, and in particular its increasing focus on twists.

Edge of Extinction is the twist that allows players who’ve been voted out to not only win their way back into the show, but remain part of every episode. It debuted one year ago, and resulted in a winner who’d actually been in the game just 13 of 39 days.

At the time, I wrote that it was a twist and outcome “threatening Survivor’s extinction.” But then it disappeared for fall’s Survivor: Island of the Idols, which was on track to be a terrific season until the show spectacularly failed both its contestants and viewers.

During the fall, criticism, pushback, and disgust from super-fans and the media alike seemed to finally wake up whoever is sleeping at CBS and letting Survivor run out of control on its own, and the network promised substantive changes for the two seasons that will film this year.

Edge of Extinction may be permanent unless we act now

The events of season 39 led RHAP and The Hollywood Reporter’s Josh Wigler to stop covering the show, though he remains a fan. And it’s Josh who recently sounded warning bells, saying that the Edge of Extinction will return—perhaps forever—if it’s not stopped now.

EoE is back for Survivor: Winners at War, and it comes with a brand-new twist, fire tokens, that may add even more advantages into the game.

Wigler revealed that Edge almost was part of Survivor: Island of the Idols, in addition to the Rob and Sandra twist:

“Probst loves EoE. He thinks you love it too. If you do? Congrats! It’s probably on US Survivor for the rest of Jeff’s reign. It was very nearly on IoI. He told me as much. Can you imagine EoE and IoI on the same season? Very nearly happened! And something like it will prob happen”

That the production considered both of those on one season is, for me, even more evidence that Jeff Probst no longer trusts the players he casts (remember, he fired the show’s long-time casting director and took over himself) and does not trust the format of the show he also hosts.

As showrunner, Probst is digging himself into a deep rut, farther away from anyone who will dare challenge him, and his solution is to continue to pile twist after twist, trying to generate “story” and also—not incidentally—engineering wins for the kinds of players he values.

The sad part is, we’ve had evidence somewhat recently that a well-cast, twist-free, joyfully edited season is more than enough. That was the exceptional Survivor David vs. Goliath. As Josh wrote:

Shannon Gaitz, who covers international Survivor for RHAP, tweeted that:

“Edge of Extinction is terribly thought out. It actively incentivises you to get voted out early. It homogenises skill sets that can succeed in the game. It doesn’t trust its audience to handle heartbreak or its players to drive the game”

She also wrote that we, as fans of Survivor, have to stop making excuses for this twist, which is something I found myself doing for Edge of Extinction’s return for Survivor Winners at War, rationalizing it as a way to keep seeing my favorite players, and perhaps even throwing a wrench into their games. Shannon tweeted:

That’s a key point, I think: this kind of game mechanic “disadvantage[s] different play styles/demographics.” One possible example of that: Since 2017, when Probst introduced the fire-making challenge at the end of the game, preventing someone from being voted out in fourth place, only men have won—and 50 of 52 votes cast at final Tribal Councils in the past five seasons have gone to men.

What do we do about this? Is it too late? It’s not! Wigler wrote that Survivor 41 films in early March, and final creative decisions are being made now—so, he tweeted, “preseason and early weeks of 40 are critical times to voice your criticism if you want a chance at EoE not being on 41/42 cycle.”

What if Probst won’t listen to fans and/or journalists and/or TV critics? Here’s another tactic that Wigler discussed and then tested:

Will this have any affect? Probably not. I’m not being cynical here.

Probst told Dalton Ross that he does not understand those of us who criticize him and his production for the avalanche of twists:

“What doesn’t go through my head is, ‘Oh, there’s going to be too many twists. Oh, there’s going to be too many idols. I still don’t get that criticism. Some of our best seasons have hovered around last minute idol finds or betrayals at Tribal because of an idol or ‘I’m blocking your vote, well, I’ve got an extra vote,’ the idol nullifier. You have to have this in the game.”

But it’s what Jeff Probst told ET Canada’s Sangita Patel that convinced me Survivor absolutely will not change, because it’s the most honest thing I’ve seen from him in years.

It’s worth noting that the interview was recorded after Survivor: Island of the Idols was filmed, but long before it aired, and thus well before the reaction to Probst and Survivor’s failures during that season, so he is not referring to that criticism.

“What amazing me is that we are in our 40th season, our 20th year, and still one of the most popular topics is, What are you not doing right. Here’s why I didn’t like that. And it’s everywhere. And it’s really been a profound thing for me.

Since social media has taken hold, I’ve had to come to terms with the fact that there appear to be more critics in the world—or at least on social media—than there are creatives. Because any creative person will tell you, without being embarrassed, to say, It takes courage to be creative. You’re putting your idea into the world. It might be a bad one. But you have to put it out to see. It’s so much easier to sit at home and go (makes typing motion) that sucked.

… I’m sure I’ve had many bad ideas, because ideas are always subjective. So there is no definitive, That was a good idea. But, what I do feel, in my soul, is when shows get stale, is when the audience leaves.

And so even to Survivor fans who say, I wish for the old days when there weren’t twists and turns and hidden immunity idols, I think, well, maybe you do, but maybe you’d be bored. Maybe if Game of Thrones never evolved, and there were no new families to get involved, you’d get bored with the same story. But with each season something new came along, and we can criticize it, but we like that there’s something to criticize.

So, for me on Survivor, my deal with the fans who watch the shows and the people who play is, I can only promise you this: We will always try to make it unpredictable, and we will always try to find a way to go deeper into the human experience, because I’m interested in that.

Edge of Extinction was about spiritual death and rebirth, and it had a game element: You have a second chance to get back in. But my focus was more on, How far are you willing to go for that? And in the process, what might you learn about yourself? And what wounds might you heal? Or what might you show your kids? I like that stuff.

So as long as I get a say in it, that’s probably the direction the show will go, and when the next idiot comes in and takes over, they’ll take it somewhere else.”