The RuPaul’s Drag Race season 12 cast was announced Thursday, and VH1 also revealed the show’s premiere date, which moves the show back to Friday nights.

But the cast reveal was followed by criticism of the show and RuPaul by former Drag Race contestants, one of whom actually called Ru “the Hitler, false prophet, anti-Christ of the LGBTQ community.”

First, RuPaul’s Drag Race season 12 will premiere Feb. 28, airing Fridays at 8. That’s a new night and time, the same as season 9. VH1 has now moved the show to a new timeslot every season since its move from Logo.

In an interview with EW, Ru said that, for this season, “Our producers have come up with twisted, outrageous challenges that raise the bar for all competition of reality” and that “this cast of queens is, dare I say, the most talented we’ve ever had. Just when you think you’ve seen it all, a fresh crop of queens arrives and blows our minds all over again.”

The new cast (see them below) may be talented and mind-blowing, but it was also criticized for its lack of trans contestants.

Detox, who came in fourth on season five and was the runner-up on RuPaul’s Drag Race All Stars season 2, tweeted to the new cast (“Welcome to the family! Don’t be dicks! Congrats!”), and then followed that with a tweet directed at the show:

“Enough with the feigned inclusivity. Time to start putting your money where your mouth is. #AllDragIsValid”

That was a reference to the lack of trans people on the new cast.

It was just two years ago that RuPaul was asked if Drag Race would cast a trans woman and said “probably not.” Ru doubled-down, but after criticism from fans and former contestants alike, eventually tweeting, in part, “I understand and regret the hurt I have caused. The trans community are heroes of our shared LGBTQ movement. You are my teachers.” (At Vox, Caroline Framke broke down How RuPaul’s comments on trans women led to a Drag Race revolt — and a rare apology.)

Later, Gia Gunn was cast on All Stars 4 as a trans woman; previously, several other contestants have come out as trans during or after the show during its time on the air.

Carmen Carrera, who competed on season three, took the criticism further. (Carmen is a trans woman who wrote in a 2013 essay, “Literally the day after we finished filming the show, I decided it was time to transition.”)

In case people didn’t know who she was referring to by “the most evil person,” Carmen wrote:

The next day, Carmen addressed her Hilter reference—and explained why she thinks it’s important for the show to be more inclusive:

Today, Aja, who was on Drag Race season 9 and All Stars season 3, and who identifies as non-binary, wrote this:

Their tweet was retweeted by Peppermint, who added “Preach”.

Here are the 13 queens competing this season, along with their bios from VH1:

Hailing from rural Georgia, it’s apparent Aiden Zhane is attracted to the darker side of life. Horror films, Marilyn Manson, and weirdness all inform her outlandish—and original—spooky persona.

Everyone who knows drag in New York City knows Brita. That’s because this hard-working Polynesian queen captivates audiences with her famous lip-syncs—no less than seven nights a week.

The only thing Crystal Methyd is addicted to is attention. And with her quirky fashions, incomparable makeup skills and screwball sense of humor, she’ll certainly be catching the judges’ eyes.

Originally hailing from Brooklyn, Dahlia Sin emerged from the Haus of Aja (of Season 9 and All Stars fame). Now this look queen lives in LA, where she wows the west coast with her urban brand of sexiness.

This leggy fashion queen is only 21, but enters the competition with a sizeable social media following. Gorgeous fashion illustrations come to life and make her Instagram fans stan.

Heidi comes from Ramseur, a small country town in North Carolina. She playfully says there’s little to do there except count chickens and cows. But her infectious persona is sure to make her a global name very soon.

The Persian princess of drag has arrived. Born in Canada and with Iranian heritage, Jackie Cox now considers the New York cabaret stage her home. She loves to write her own shows and bring them to life.

Jaida Essence Hall always strives to be the essence of glamour. She originally wanted to be a fashion designer, and now gets to both live that fantasy and model her own gorgeous creations.

Jan is a musical theater queen and skilled singer, who can belt in the original key of a female popstar’s song. Ambitious and driven, she’s looking to slay the Drag Race performance challenges.

The first French contestant to compete in RuPaul’s Drag Race, Nicky Doll relocated from Paris to New York City, where she enchants audiences with her European catwalk, high fashions and seductive charm.

Rock M. Sakura’s aesthetic is an amalgamation of anime, manga, and anything pink. With her high-energy death-dropping performance style and dirty sense of humor, this is a queen who defies categorization.

A campy, polished queen who knows her references, Sherry Pie will leave an audience in stitches. And with Lucille Ball and Carol Burnett as her icons, she’s certainly learned from the best.

The Widow is up in the building. A Missouri girl who lives life out loud, this queen can perform the house down—and dance circles around her competition. 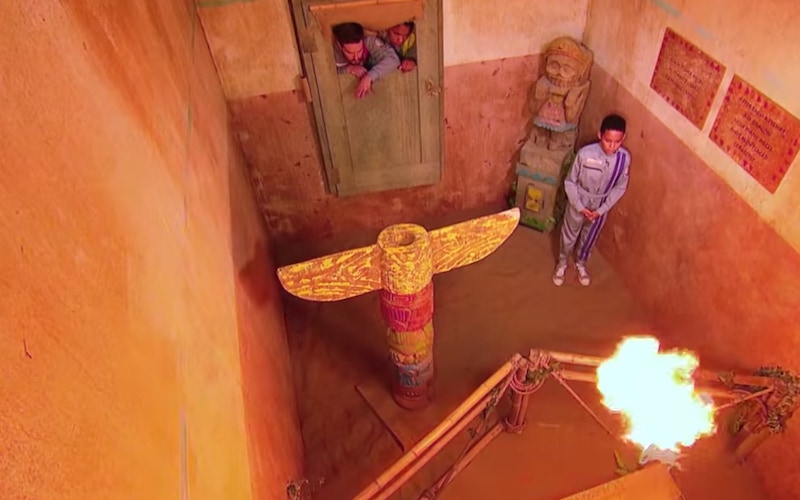 Next
Love Island: 'coming this spring on CBS'!
Click here to cancel reply.