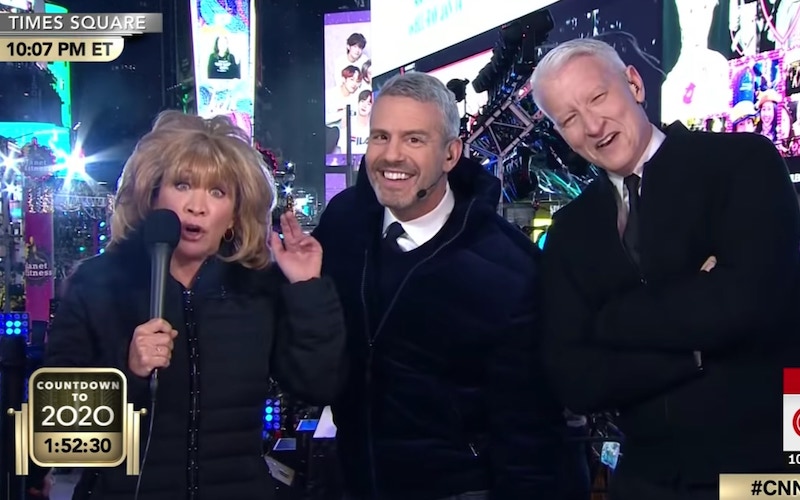 In the final days of 2019, I started thinking about what I wanted to do more of in 2020. What was rattling around in my brain was a thought about what I’m sending into the world, inspired by everything from The Good Place to Making It, which I am just now realizing are both NBC shows, so maybe it was inspired by NBC.

I write about reality TV because I love it, and even though I’m often sharing new and old shows I love, I realize my writing can tend toward frustration, critique, and annoyance. I’m well-practiced in those things—and that’s often what feels necessary or important for me to share, too.

In 2020, I’m going to keep doing what I do, but also adding more celebration of the things that—forgive me, Marie Kondo—spark joy.

Whether it’s a moment that inspires rapturous laughter or a person’s actions that make me feel better about the world, I will share those things with you, giving them virtual high-fives and gold stars. (“Reality Stars” is an imperfect name for this, so suggestions are welcome!)

This isn’t a new idea, of course: One of my must-listen podcasts, Pop Culture Happy Hour, ends each week by identifying what in pop culture is making each panelist happy. The Good Place podcast host Marc Evan Jackson ends each episode by asking his guests, “What’s good?”

Gratitude, as a practice, has received a lot of attention, and that’s because the research on cultivating gratitude is growing and demonstrating how it increases happiness and, over time, actually changes our brains.

While I’ve been inconsistent with practicing gratitude in my daily life, when I get into the habit, I’ve noticed that doing so helps me notice more things that I’m grateful for. It’s a happy snowball effect.

So, I want to practice noticing what I love about reality TV. My goal is to do this regularly—weekly? Fridays?—and to be so specific I’m not just repeating myself or returning to the same things. From what I’ve read about gratitude practices, repeating the same general thing every day or week (my family, my friends, my health) is less effective than being hyper-specific (the look on my cat’s face when she’s rubbing a catnip toy on her head).

So, let’s get started. Here are the people and moments I’m grateful for and that made me happy. For this first edition, some are from the last week, and some are things that stood out from last year.

P.S. I hope you’ll share the moments and things in reality TV that created joy or laughter or good feelings in your life. Comments are open below!

Former Mole host Anderson Cooper losing it is always great television, but I lost it when, as Barbara Walters, Cheri Oteri addressed the CNN New Year’s Eve co-hosts and said this:

“Since dignified journalism has become passé—Anderson—and humiliating conflict is all the rage—Andrew—I decided to let the cameras into my once-sacred personal and professional life so viewers can ‘View’ a day in the life of me, now that this is … twenty twenty.”

Last year delivered the worst two seasons of Survivor I’ve ever seen, but on those seasons we met Julia Carter and Kellee Kim, two incredibly strong people who used their platforms to speak up consistent and repeatedly about problems.

That has ultimately led to a promise of change.

They’re not alone in their willingness to speak up from within the reality TV universe, though it’s rare: contestants and crew alike are bound by everything from scary contracts to the desire to stay in a network or production’s good graces so they can be invited back again.

And even a tweet can result in a network’s representatives threatening or even retaliating against contestants who dare challenge the official narrative. They’ve set an example I don’t know if I’d be brave enough to follow, especially considering what they dealt with both before and after being so honest and vulnerable.

That swirling circle on The Circle, and a bonus

I love a good special effect, and the digitally inserted, colorful circle that swirls around real-world things—like a traffic circle, for example, or the cast’s rooftop oasis—on Netflix’s The Circle is particularly satisfying, especially when accompanied with that techno drumbeat of a soundtrack.

Bonus: I’m grateful for learning this fun fact: The U.S. version was filmed in the U.K., in the same apartment building used for its second season, but there are shots of Chicago and Milwaukee in the opening of Netflix’s version—and the editors reused footage from the original, flipping the images from the UK to make traffic appear to be on the right side of the road.

Tyler: “Not even to dinner with the Kushners?”

Everyone who took the time to talk with me last year, especially Jon Kroll

When I interview people, I try to thank them for their time and insight. They give me material to write about and share with you, of course, and also help me learn more about the genre.

I’m grateful for everyone I interviewed last year, whether their words ended up in these pages or just contributed to my background knowledge.

I mention producer Jon Kroll in the headline for two reasons: First, I’ve known him for years now, and appreciate how in-depth and into the weeds he’s willing to go with me on production choices, because I love that stuff.

Also, when I interviewed him last year, it was immediately after I’d panned his show. But he was still willing to talk about it and share more about the decisions he’d made as showrunner, even when the network representatives offered to cancel the interview because of my review.

I appreciated that conversation very much, and look forward to other conversations—with Jon, with other showrunners, and with you, dear readers—this year.