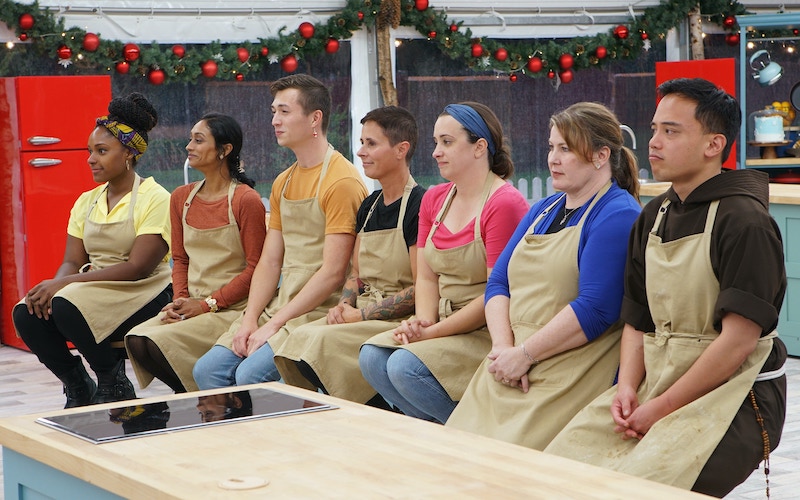 Hi Andy. I hope you’ve had a wonderful holiday break. I have a question about casting for the British Baking Show and its American counterpart. I feel one of the biggest strengths of the British version is the casting. I thoroughly enjoy the mix and variety of the contestants. They are almost all nice and easy to root for. But—not so much with the Americans. Do you know if both shows use the same casting? Thanks! —Eugene

Thanks for the question! Let’s explore.

The casting applications each direct people to the production company itself, not to an external casting company, though it’s possible they contract with a third party to help with the process.

If you’d like to compare the two casting applications, both shows are now accepting applicants for their 2020 seasons (and GBBO’s is due Sunday!):

Here are some key differences I noticed:

That’s it! Of course, there are some differences in legalese in the “eligibility requirements and releases” (American version) and “rules of entry” (British version).

But overall, to me, they seem pretty similar with their public calls for contestants. Both shows cast for amateurs, and the eligibility requirements make that clear.

The UK version says its contestants can’t have any “professional qualification in baking, cooking, food production, food preparation or catering, unless acquired over 10 years ago” and the US version says “You must not have completed any formal or professional culinary, pastry and/or baking training (i.e., schooling from an accredited university) unless such training took place over ten (10) years ago.”

The UK version says its contestants should “have never been employed as a baker, cook or chef” and their “main source of income must not derive from commercial baking or cooking in a professional environment (restaurant, hotel, canteen, bakery, shop etc.)”.

The American version has a similar requirement: “You must not have ever worked in a full-time position as a baker, cook or chef, nor must your main source of income be derived from baking (i.e., the preparation and oven cooking of flour-based goods such as bread, cakes, pastries, pies, tarts, and cookies).”

So what accounts for the differences you’re noticing? Both shows ask for photos of five bakes, so it’s clear they’re not just casting for people who want to be on reality TV or getting failed Bachelor and Bachelorette cast members.

But the application is just the start of a long, long process.

Reality TV shows, like most Hollywood productions, come together with input from a lot of people. It’s not just a casting department who assembles a cast; it involves everyone from casting producers all the way up to network executives.

Ultimately, the network—via an executive in charge of the production, at the very least—approves the cast.

What they’re looking for or prioritize can vary season to season. For example, if a network thinks that the previous cast was boring, they might look for bigger personalities.

Casting on reality shows is also a challenge because the cast is like a puzzle: Shows don’t want a lot of people who are all alike in personality and background. (For a more about this and an in-depth look at what the casting process is like for a network show, read my behind-the-scenes look at the Big Brother finals casting process.)

Back to The Great American Baking Show, one of the ABC questions asks “Have you been on TV before?” and I think that points at a particular casting challenge for the American version: There are a ton of baking reality TV competitions now!

Food Network alone is producing hundreds and hundreds of hours of competition reality TV every year, including their seasonal baking competitions, which are the closest direct competitors to The Great American Baking Show. Netflix has several shows.

In other words: There’s a lot of competition for reality TV show contestants who can bake, and that pool is limited if production companies and networks only want to cast people who haven’t been on another competition before.

I think it’s worth noting, too, that the two versions are filmed very differently: The UK version films on weekends, with a week-long break in between. The American version films its entire season much more rapidly and with episodes back-to-back: that might be like two days of challenges, a day off, and then two more challenge days.

Without a week to decompress and practice in between challenges, the American contestants have a much more demanding and stressful schedule, which may affect how they come across while baking.

To summarize my already oversimplified summary, there are a lot of factors that affect the cast we see, from who chooses to apply to how the show is produced.

As to this season of The Great American Baking Show: Holiday Edition—which concludes season five tonight with two back-to-back episodes—it has felt different to me, although for me it hasn’t been the cast. (The final two episodes air tonight, and there are four contestants left: Alex Willis, Brother Andrew Corriente, Dana Commandatore, and Marissa Troeschel.)

It’s just off somehow, from the tent’s location (which is unfamiliar and seems boxed in by trees) to the awkwardness of the hosts, who aren’t quite clicking (or at least, the contrast between Spice Adams/Emma Bunton and Noel Fielding/Sandi Toksvig is much more noticeable). Meanwhile, Paul Hollywood has become too full of himself and his handshakes.

I am grateful for ABC’s version: it’s not as perfect or charming as those early seasons of The Great British Bake-Off, but it is holding on to much of what makes GBBO great, and is a sweet treat I look forward to at the end of the year.

What happened to the show Sweet Home Sextuplets? I loved it!! —Mitzi

I have good news for you: There will be a Sweet Home Sextuplets season three.

The show—which premiered in August of 2018, and aired its second season last summer—follows the Waldrop family and their kids, who they refer to as the “divine nine,” including sextuplets Blu, Layke, Rawlings, Rayne, Rivers, and Tag.

The sextuplets turned two this December, and filming on season three was underway.

Courtney Waldrop announced that on Facebook in November, as The Birmingham News noticed.

She wrote that while they “have already started filming!! I do not have a date” for season three, but predicted “it will be around Spring/Summer.”

Courtney also teased what you can expect on season three, including multiple exclamation points: “there are SO many things happening this season!! The babies are at the age now that things are getting really fun and really crazy!!”

Have a question about reality TV or your favorite reality show? Send it to me!