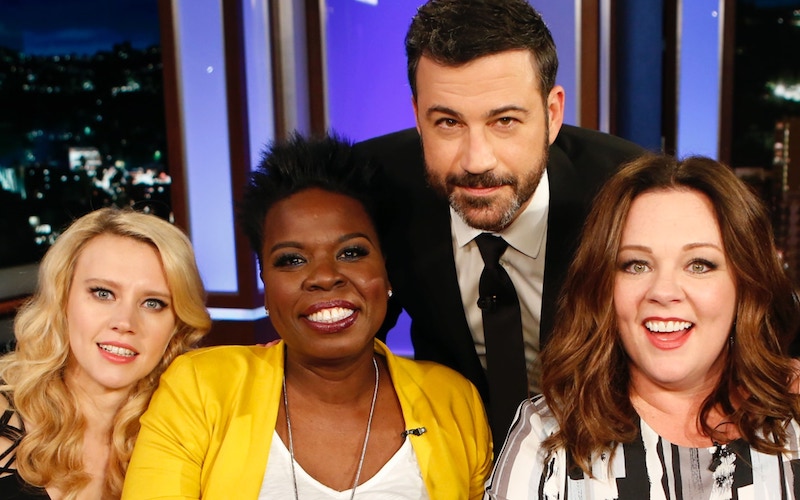 ABC is launching another Bachelor spin-off this year, bringing back Who Wants to Be a Millionaire?, and airing the Leslie Jones-hosted revival of Supermarket Sweep.

That news broke today during the Television Critics Association winter press tour, at which ABC Entertainment President Karey Burke was very enthusiastic about ABC’s unscripted, reality TV, and specials (such as Jeopardy! The Greatest of All Time). She commended and complimented ABC’s unscripted exec Rob Mills several times.

Burke also said there will be more live hours of The Bachelor and American Idol than before, but didn’t specify how those hours would manifest. Below, news about each of the three big unscripted shows that ABC announced today.

Who Wants to be a Millionaire

Who Wants to be a Millionaire is returning 21 years after it first aired on ABC, though it will look different from the Regis Philbin- and Meredith Vieira-hosted versions.

Jimmy Kimmel will host and produce the new version, which will have celebrity contestants competing alongside guests of their choosing (“a relative, a beloved teacher or a famed trivia expert—anyone they want,” ABC says”). The show has had celebrity contestants before, but hasn’t paired them with everyday people like this.

The celebrities will play for charity. And viewers can play along with what ABC calls “a revolutionary, live, play-along app which will allow America to compete to win the same amount of money that celebrities are playing for on the show.”

It premieres April 8, but will only be “a special run of episodes” for now.

Vulture reported that Millionaire’s original producer is returning, and its showrunner is also : “Behind the scenes, the rebooted Millionaire will be guided by Michael Davies, who oversaw ABC’s original adaptation of the format. He and Kimmel will be joined as executive producers by Mike Richards, who is set to take over as showrunner of the syndicated games shows Wheel of Fortune and Jeopardy! later this year.”

In a press release, Davies said,

“My professional career has been inextricably linked with Jimmy’s since the days of Win Ben Stein’s Money, and he was one of the first-ever celebrity contestants on Millionaire in its original run. I can’t wait to work with him on this dynamic new version of the show that changed my life and the fortunes of so many who benefitted from and simply loved the game.”

ABC, Fox, NBC, and Netflix were all trying to land the Leslie Jones-hosted revival of Supermarket Sweep, and ABC has won.

That’s a good fit: the show started in the 1960s on ABC, and of course, ABC has become the home for modern adaptations of classic game shows.

In a press release, Jones said, “I’ve always dreamed of being on Supermarket Sweep. Seriously, I tried out for the show years ago; and after getting turned away, I knew I’d have to take matters into my own hands. Being able to bring the iconic game show back to life on ABC is my ultimate redemption story!”

Fremantle will produce the new version, which will have “three teams of two as they battle it out using their grocery shopping skills and knowledge of merchandise to win big cash prizes,” according to ABC.

Fremantle exec Jayson Dinsmore said in the release, “We are beyond excited to bring back one of TV’s most beloved game shows. Supermarket Sweep is a fan favorite; and with the addition of genius Leslie Jones, a new generation will be introduced to this truly special series.”

The Bachelor: Listen to Your Heart

ABC Entertainment President Karey Burke said during her introductory remarks at TCA that The Bachelor franchise is “truly is the unscripted unicorn,” noting that it is the “youngest and most upscale show on,” with all three shows increasing their viewers last year—which is a very rare feat in television these days.

So it is no surprise that ABC has ordered yet another Bachelor spin-off: The Bachelor: Listen to Your Heart, which will premiere in April and provide a bridge between The Bachelor and The Bachelorette.

This will be the sixth spin-off in the franchise, and it will be executive produced by franchise creator Mike Fleiss. It premieres in April.

The new series sounds like it is borrowing a little from Fox’s Flirty Dancing, just with singing instead of dancing. Here’s ABC’s description:

“The Bachelor: Listen to Your Heart unites two of the most emotionally powerful forces in human life: music and love, as 20 single men and women embark on an incredible journey to find love through music. Singing well-known songs, both individually and as couples, they will look to form attractions through the melodies, find and reveal their feelings and ultimately, fall in love.”

How exactly will that work? All of the Bachelor series on the air now share cast members, who move from series to series. Will this show do the same?

At TCA, Karey Burke was asked about the possibility Jed Wyatt—the contestant who won Bachelor in Paradise—returning, and didn’t say no.

ABC isn’t exactly clear, but what they did describe seems to combine elements of Bachelor in Paradise, Bachelor Pad, and the core series:

The eligible bachelors and bachelorettes will meet and explore their relationships while living together and going on Bachelor-style dates that focus on music. Once the couples commit to each other, it will be time to take their relationship to the next level. The harmony of the couples will be tested through musical challenges, including live performances judged by some of the biggest names in the music business. Ultimately, the couples whose performances reveal their love and devotion to one another will continue to be given a chance to further their relationships until only one couple is left standing.”