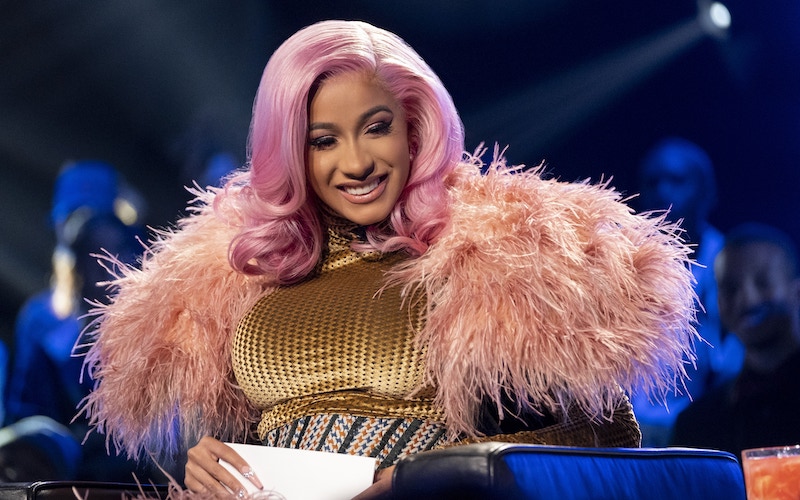 Cardi B, who judged Netflix's Rhythm + Flow this year, broke out on VH1's Love & Hip Hop. (Photo by Eddy Chen/Netflix)

As the year winds down, here are several great pieces of journalism and analysis about reality TV that I’ve read and appreciated in the past few months.

Perhaps they’ll make for good reading if you’re traveling for the holidays, or give you something to look at on your phone instead of interacting with your family. Or, if you’re like me, they’ll give you information and insight into the reality TV that we love to watch. Enjoy!

Kevin O’Keeffe examines RuPaul’s Drag Race‘s influence on the art form it celebrates. In a tweet, he summarized the major points of his deep dive: the Logo/VH1 show “has expanded the available revenue streams for queens to previously unthinkable” levels, while “the queerest, most ‘underground’ charms of drag have been flattened out as drag has become more mainstream.” (Xtra)

RuPaul is on the cover of Vanity Fair, which proclaims “It’s RuPaul’s world, and you’re lucky to live in it.” The profile includes an in-depth look at RuPaul; RuPaul’s Drag Race; and his new (scripted) Netflix show, and how “he’s moving beyond the limits of reality TV.” (Vanity Fair)

Love and Hip Hop is one of TV’s powerhouse franchises—helping to launch K. Michelle and Cardi B, among other stars —and Gerrick D. Kennedy went behind the scenes, exploring its success and “its ability to float somewhere between reality and heightened fantasy.” That starts with the article’s opening scene, when a producer tells Ray J and Princess Love Norwood, “Give me something interesting!” (Disclaimer: While I’m quoted in the story, I’m sharing it because I learned so much from it, in part because I don’t closely follow the franchise.) (Los Angeles Times)

The longest-running unscripted series, Seven Up!, released 63 Up this summer, and Gideon Lewis-Kraus looks at Michael Apted’s project as it “is reaching its conclusion.” (The New York Times Magazine)

Snooki may be done with Jersey Shore, but the real news is that the franchise just turned 10 years old. Jacqueline Kantor looks back at the show and notes that “a decade-long friendship—with all of its nuances, dramas, betrayals, breakups, and reunions—is much harder to find on cable, let alone in the real world.” (The Ringer)

Salon TV critic Melanie McFarland wrote this essay connecting the events of Survivor: Island of the Idols, impeachment hearings, and a November Democratic debate. Our pop culture and politics are all wrestling with the same things. (Salon)

This piece about the lack of diversity on some Real Housewives series is very interesting—and also has a wild quote from Bravo, which tries to defend its shows by pretending that the cast members are actual real-life friends, but then gives up midway through and admits that’s bullshit. It says the shows “follow groups of friends who are organically connected, often through long, pre-existing relationships but in some cases only casually through a wider social circle or six degrees of separation.” (New York Times)

Other news and quick reads