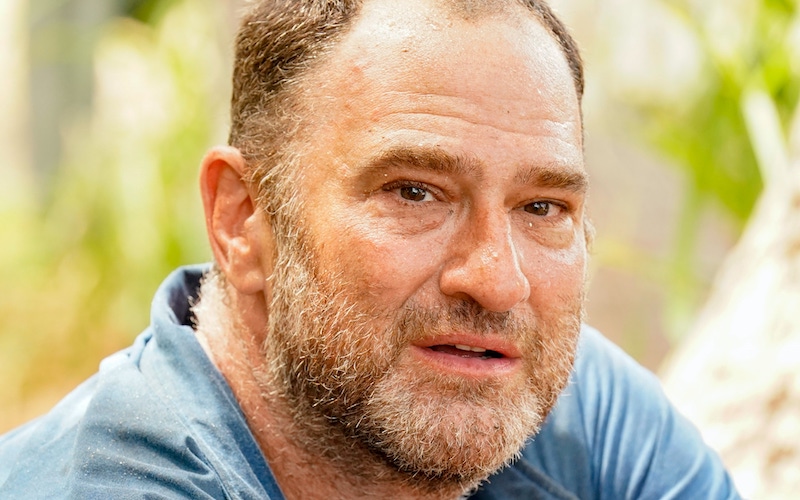 “Dan was removed from the game after a report of another incident, which happened off-camera and did not involve a player.” That was how Survivor: Island of the Idols ended its penultimate episode: with news of the show’s first-ever ejection.

What exactly happened is unclear, and Survivor showrunner Jeff Probst has given one interview in which he refused to provide details. Meanwhile, this season will not have a live finale and reunion; it’ll be pre-taped instead.

At the end of the episode, after Tribal Council, there was an unusual transition, showing the tribe back at their camp the next day. That’s when Jeff Probst walked in. Lauren said, “I was so confused. We don’t really know what’s going on.”

“All right, so, I need to share some news,” Jeff Probst said. “So I just spoke privately with Dan, and I want to update you guys. A decision has been made and Dan will not be returning to the game: He won’t be coming back to camp, he won’t be on the jury, he’s gone.”

Notice the specificity of that language, and how “the decision” was “made” but by no one. Even the tribe members’ reactions had cautious language: “In my opinion,” Janet started, “very real-world things are coming into the game.”

The working presumption seems to be that something happened involving someone who’s part of the Survivor crew or production, because Dan would not have interacted with anyone else during production.

While we do not know what happened exactly, this much is very, very clear: The show absolutely failed its contestants—the people Jeff Probst said he makes the show for now—and in particular failed women who received unwanted touching.

Kellee was subjected to repeated unwanted touching (and then essentially retaliated against in the game by her fellow players), Survivor and CBS essentially did nothing to stop it, and then another person was affected by Dan’s behavior.

Repeated on-camera incidents, which affected multiple cast members and their games, did not result in Dan’s ejection. Instead, he was given a “warning”—on day 22—and allowed to remain until something happened with a non-cast member.

Jeff Probst and his largely male crew did not believe women, despite having actual video evidence. They also allowed Dan to gaslight the person he’d touched, Kellee, who was forced to sit in silence.

Kellee’s tweet about the episode summarized all of this perfectly. She wrote, in part:

“While Dan’s dismissal has validated the concerns that I raised from the beginning of this season, I wish that no one else had to be subjected to this type of behavior.

CBS and Survivor were on notice of Dan’s behavior from the very first days of the game. And, as Survivor fans know, shortly after I spoke up on camera, I was voted off the show.”

Jeff Probst’s response, and news about the finale

Entertainment Weekly, which is essentially functioning as Survivor state media, reported the news about the reunion, saying the show will tape from 1 to 4 p.m. PT on Wednesday because of “security concerns for the contestants and to make sure the players feel as comfortable and safe as possible while discussing what happened out on the island.”

It will be filmed live to tape, which means that it’ll be filmed as if it was being broadcast live, but it’s recorded instead.

That makes it possible for the network and/or producers to edit or delete content, though they could also just broadcast it without changes.

While Jeff Probst did talk to Dalton Ross—more on that in a second—he and CBS are continuing the strategy they’ve employed this season of laying low and essentially hiding.

Xfinity’s Gordon Holmes, one of the few journalists who has access to Survivor, tweeted that he “reached out to CBS for a statement or a word from Jeff Probst. I was told there was no statement at this time and Jeff will not be doing any additional press.”

In his interview with EW’s Dalton Ross, Jeff Probst did say that the cast was not told why Dan was removed, and also shared that Dan “was not happy” but “by the time he got on the boat to leave he had calmed down and was actually very respectful as he departed.”

Mostly, though, Jeff says nothing of substance, and even ends up repeating those non-substantive sentences, saying things like, “we have learned a great deal and it will inform our process and protocols on how to evolve moving forward.”

What did they learn? What processes will change? What protocols did they have and which ones do they have now?

Jeff did say he couldn’t say:

“I’ve endeavored to be as forthcoming as possible with you regarding everything that has happened this season. In this situation, out of respect for privacy and confidentiality, I can’t say anymore.”

Instead of saying “anymore” (sic), he pivots to this:

“It has been an unprecedented season. Complex social issues were woven into the game in a way we have never seen before. With our contestants’ welfare at the forefront, we have spent a lot of time discussing every layer of the situation with human resources, diversity and inclusion representatives, show therapists, lawyers, publicists, and standards and practices. We all worked diligently throughout the entire process to make the right decisions and portray an accurate depiction of what took place. We have learned a lot and it will inform our process moving forward.”

Again: What exactly did they learn?

If “contestants welfare” was “at the forefront,” why did it take an incident with a non-contestant to result in actual action? Remember, the meeting the production held with the contestants during the merge episode was so vague that the cast didn’t know what it was about.

And: “complex social issues”? Please. This was so very simple; there was video evidence of both the touching and people discussing how uncomfortable it made them.

Crew members stood by and watched it happen. That’s not complex: that’s a colossal fuck-up. What else have they ignored? What else has happened in 39 seasons that they could just edit around? Who else has been silenced?

I wish that Probst would say something about being sorry for how this was handled, or to admit that their response was inadequate and failed Kellee, especially, and also the rest of the cast. I wish they expressed some remorse.

It’s one thing to fail and cause harm to other people as a result. People do make horrible mistakes, sometimes even ones that are easily preventable. But to refuse to even acknowledge that you’ve done so? That’s contemptible.

(Probst did previously say “I accept my own responsibility in the situation”; I wrote about why that’s an insufficient apology and response.)

Perhaps Probst and CBS are hampered because they can’t admit anything for fear of a lawsuit, or for other reasons they can’t discuss.

Perhaps they don’t want to be cornered into answering actual questions, ones that might reveal much more than we already know, so a few non-answers via e-mail to a friendly outlet is the safest bet.

Those kinds of responses—and I am speculating here, since they won’t say anything of substance—are about protecting themselves.

As several episodes this season have made explicitly clear, they failed to protect their cast, the people who make their show possible.

Here are a few early reactions from Survivor cast members on Twitter: