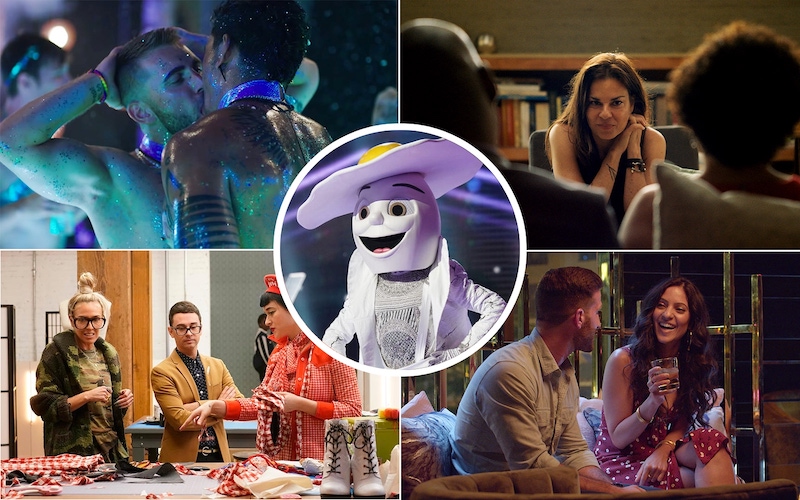 Beneath my list of the best reality TV shows of 2019, and a few honorable mentions, I’ve included my favorite scripted shows of the year, too. Looking at the absolutely exceptional television on that list, I found myself wishing that reality or unscripted TV show would be producing more shows that at least aspire to be the reality TV Fleabag or Watchmen.

We’re coming up on 20 years of modern reality TV next year, and yet the genre is still weighed down by the perception—by viewers, fans, and the people who fund and even produce it—that it’s just supposed to be guilty-pleasure trash, not art.

There’s even a new label, “documentary series,” that gets applied to what are clearly reality TV shows (at least, clearly to anyone who ever watched The Real World or An American Family), but attempt to separate it from the detritus.

To me, it’s all reality TV, because I absolutely believe reality television can be exceptionally well-crafted and entertaining, and this list includes the shows that demonstrated that for me.

First, the standard disclaimers: There are a lot of reality TV shows I watched this year that I really enjoyed that didn’t make this list. I also didn’t watch everything: that’s impossible!

As I thought about what belonged on this best-of-2019 list, I used three criteria: craft (how artfully and thoughtfully a show is constructed) content (what’s happening on screen and what it’s saying), and entertainment (how fun and engaging it is to watch).

These reality shows—and, yes, unscripted/documentary series—are among the best of what the genre offered this year.

There are an abundance of reality shows that focus on romance, but both Couples Therapy and Dating Around brought something new: an illustration of the work relationships require.

The shows took opposite approaches: Dating Around’s stylized and clever editing of several dates merged into one versus Dr. Orna Guralnik’s intimate conversations with struggling partners on Couples Therapy. Both shows, though, grounded love and relationships in something more than fairy tales and fights.

The long-running fashion design competition series came roaring back to life on Bravo, reminding us of everything that’d been lost over the years on Lifetime. The new judges, mentor Christian Siriano, and even the workroom set didn’t just imitate their predecessors, they brought their own personalities. I hope the next season is great as season 17 was.

High-speed action and reality TV met in this new Netflix competition, which had stunning visuals and a lot of surprises, from crashes to a spectacular failure in one challenge’s design. I’ve never felt this much propulsive action from a reality TV show, and it was enough to drown out the inanity of the commentators.

Disney+’s unscripted shows may not have their own Baby Yoda, but they do have Encore, which is almost as charming as a small, green puppet sipping tea and eating frogs.

The encore performance is an excuse to gather high school classmates together for an emotional meditation on aspirations and aging, dreams and realities.

Are You The One: Come One, Come All (MTV)

Are You The One season eight was a master class in representation: why it matters, and how wildly entertaining it can be. Including gender fluid and queer contestants in a trashy dating show about finding an alleged perfect match produced both hot hookups and meaningful conversations, and even actual connection.

The execution had more reality TV tropes than necessary, but Surviving R. Kelly effectively laid out the effects of abuse by giving survivors the chance to tell their stories directly to us, which turned out to have real-world consequences.

And Lorena revealed the story behind a punchline from my childhood, which turned out to be about much more than a woman who cut off her husband’s penis.

Reality TV and mental illness don’t seem like they should go together, but that’s what’s remarkable about Hoarders, which really has helped to bring awareness about hoarding disorder to those who live with it, and to those who have family and friends who hoard.

The A&E series returned after a hiatus with a 10th season that had longer, more thoughtful episodes: instead of 30 minutes per story, we got two hours with each episode’s subject. As therapists tried to build trust and counseled families, the show continued to emphasizes that an emergency intervention to help with a hoard was only the start of a long process.

The Profit: An Inside Look (CNBC)

The Profit: An Inside Look is such a treat: because of my fascination with how reality TV is produced, I like it even more than The Profit because it pulls back the curtain on the production. (Network notes being read on a reality show!) But the real star is the relationship between the show’s star, Marcus Lemonis, and its showrunner, Amber Mazzola.

The show is ridiculous, the judging is hilariously bad (while vaccines are very good), but The Masked Singer knows that it’s just a silly romp. And it’s cleanly produced, with inventive clue packages and the most spectacularly wild costumes on all of television.

Even when there’s an Internet consensus on who is in behind a mask, the reveals are still suspenseful and enjoyable. What I didn’t expect was how much this experience would mean to many of its costumed celebrities, giving them a chance to perform—and process, in public—without judgment.

This is a late addition, added after I first published this story, because NBC aired the entire season in 10 days in mid-December. But it absolutely belongs here, because Making It season two was an improvement over season one, which was pretty great itself.

Holey Moley (ABC). The summer series had abundant charm and goofy fun, though by the end the run, the repetition of the challenges grew thin.

Temptation Island, USA. The first rebooted season was a surprise for how thoughtful it was, despite the insanity of the conceit. The second has, so far, provided some fascinating arcs in the couples’ relationships, but began in a way that seemed more preoccupied with creating drama—especially in the casting of the singles, who came across as less committed to finding love than they were to partying and being on camera.

Love Island (CBS). Matthew Hoffman’s narration was the star thanks to its meta-commentary on reality TV, and Love Island was the only CBS reality show I watched this year that didn’t leave me nauseous.

My favorite scripted shows of the year

Fleabag (Amazon). Flawless. Phoebe Waller-Bridge’s writing and performance were perfect across two short seasons, and that’s to say nothing of the exceptional supporting cast. It’s easily one of my top-five all-time favorite TV shows.

Watchmen (HBO). It’s a mix of contemporary anxiety, historical fact, and comic book sci-fi that shouldn’t work, but has produced some of the best episodes of television I watched this year—and decade.

Russian Doll (Netflix). Starring Natasha Lyonne and created by Lyonne with Leslye Headland and Amy Poehler, the show sped past its Groundhog Day conceit and became its own, wonderful, weird thing.

The Good Place (NBC). It stumbled last season and is still isn’t as exceptional as it was in its first two seasons, but as it approaches its finale, has continued to make me laugh while reminding me of the value of connection and kindness.

I Think You Should Leave with Tim Robinson (Netflix) and A Black Lady Sketch Show (HBO). It’s not worth complaining about SNL’s limp sketches when there are such sharp and hilarious sketch shows on TV.

Schitt’s Creek (Pop). I was late to this party but it was the most enjoyable binge-watch I had all year: utter silliness and still a lot of heart—and it was inspired by reality TV!

Succession (HBO). It’s never been more fun to watch people be awful to each other.