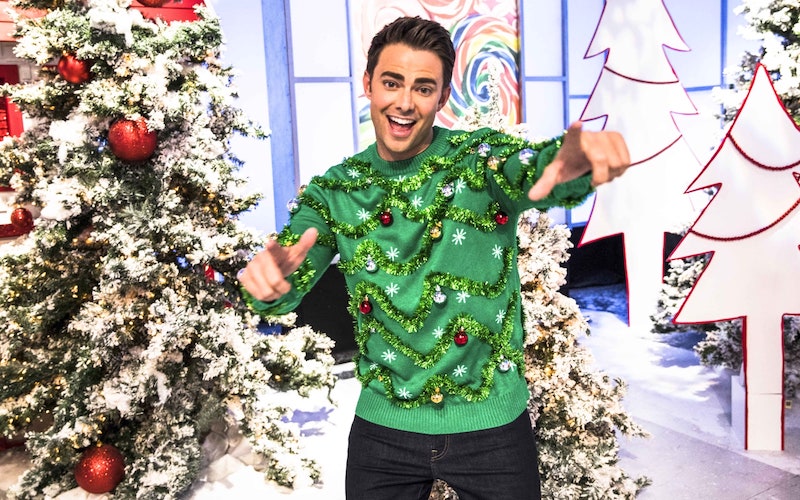 We’re starting to enter peak holiday reality TV, especially with seven holiday competitions premiering, but there are other shows, too, including a new four-hour documentary series that I highly recommend. Let’s start our weekly premiere preview with that.

What I recommend: College Behind Bars

College Behind Bars (PBS, Monday and Tuesday at 9) is a four-part series that goes behind the scenes of the Bard Prison Initiative, telling the stories of students and those who work in the program.

All four episodes will be streaming on PBS.org and its apps after the premiere tonight. Watch its trailer:

While there are several holiday competitions already underway, and more to come, Thanksgiving week brings seven premieres, the majority of which are brand-new formats.

Tonight is the premiere of Wrap Battle (Freeform, Mondays at 9), which is, yes, a gift-wrapping competition. Carson Kressley is one of the judges, and it’s from the producers of Skin Wars, so I am very much looking forward to it.

On Black Friday, Top Elf premieres (Nickelodeon, Fridays at 8). On the new show, kids who have “extraordinary building and design skills” compete. The prize is help for “good causes in their hometowns,” according to the network.

Thanksgiving day brings another new holiday baking competition, because we can never get enough of those: Santa’s Baking Blizzard (Food Network, Thursdays at 9), follows teams of bakers and ice sculptors creating Christmas scenes.

The Great Food Truck Race: Holiday Hustle (Food Network, Wednesdays at 10) is a winter version of the competition series, which—as is now usual for the show—isn’t actually between people who run food trucks, but “aspiring food truck teams.”

Other premieres and specials

Broken (Netflix, Wednesday) arrives just in time for Black Friday: it’s a documentary series that “exposes the unknown fraud, corruption and negligence behind some of the world’s most popular merchandise,” according to Netflix.

There’s also a new documentary series The Movies that Made Us (Netflix, Friday), which looks at “blockbusters that defined a generation,” according to Netflix.