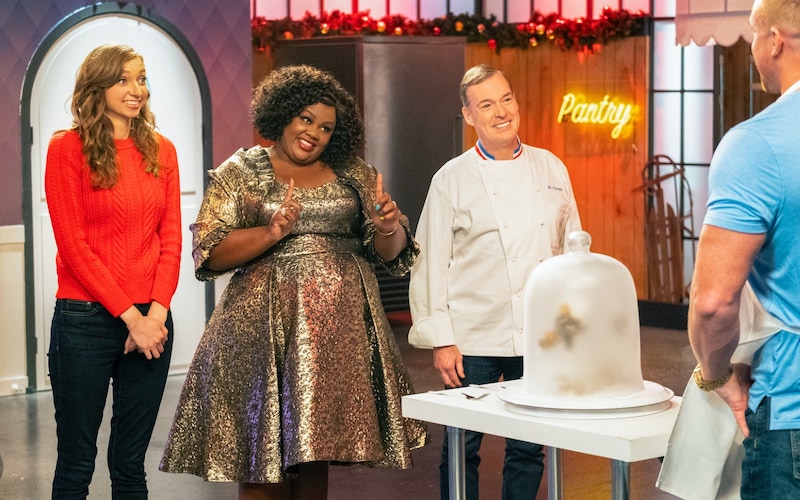 Good Monday morning! It’s surprisingly chilly here in Florida, and that front has brought a light week of premieres, which is fine with Disney+ and all the holiday baking shows in full swing. But there are some new shows—and specials—to preview.

First, though: Whether you’re a reality TV fan or a producer/crew member/executive, could you help me by filling out this quick survey? I’ll compile anonymous results into a story or two about the present and future of reality TV. Thanks!

Okay, on to this week’s premieres.

What I’m curious about

Blind Date, an early reality series, is back more than 20 years after it first premiered.

The syndicated version aired more than 1,400 episodes, with commentary popping up on the screen as we watched people’s blind dates.

Bravo’s version (Mondays at 11:30) is still a half-hour, and will still have those on-screen graphics and asides, but seems to be leaning a least a tiny bit toward Netflix’s highly recommended series Dating Around by casting “couples of varying ethnicity, sexual orientation and age,” according to the network.

While I was excited by that, watching these few minutes didn’t get me excited to see more, in part because I was annoyed by how the thought bubbles tends to fictionalize the experience.

That couple, at least, felt like they’re playing to the cameras more than to each other; it just doesn’t feel like an attempt at genuine connection.

But perhaps the show itself will surprise me! I’m also curious to see if, in the age of the ongoing Bachelor nation soap opera, if people care about quick, jokey, one-off dates.

HGTV’s addictive Love It or List It returns for a new season (HGTV, Mondays at 9) with David Visentin and Hilary Farr in faux battle to get couples to sell their houses and/or stay after a renovation.

Speaking of faux: There’s a new season of Moonshiners (Discovery, Tuesdays at 9).

Also on Tuesdays: Kings of Pain (History, Tuesdays at 10), which premiered last week. I talked to a History Channel executive about whether Kings of Pain is stupidity or science.

Have you heard of the Hamptons on Long Island? Did you know that there’s “a tiny, impoverished reservation” there, where the Shinnecock Indian Nation now live, having watched as their land and burial grounds have been turned into roads and mansions. Conscience Point (PBS, Monday, Nov. 18, at 10) follows residents, activists, farmers, and others who are pushing back against that development.

N. Scott Momaday: Words from a Bear is an American Masters documentary about the novelist, poet, and essayist, who wrote the Pulitzer-winning novel House Made of Dawn (PBS, Monday, Nov. 18, at 9).

Frontline concludes its fall season with a broadcast of For Sama (PBS, Tuesday, Nov. 19, at 10), which PBS describes as “a love letter from filmmaker and young mother Waad al-Kateab to her baby daughter” amid the war in Syria.

Two San Antonio, Texas, police officers who try to help people in crisis and get them mental health care instead of sending them to jail are the subject of Ernie & Joe: Crisis Cops (HBO, Tuesday, Nov. 19, at 9).

An ultramarathoner who runs in sandals is the subject of Lorena, la de pies ligeros (Netflix, Wednesday).

Ready for War (Showtime, Friday, Nov. 22, at 9) is about veterans of the United States military who are being deported.