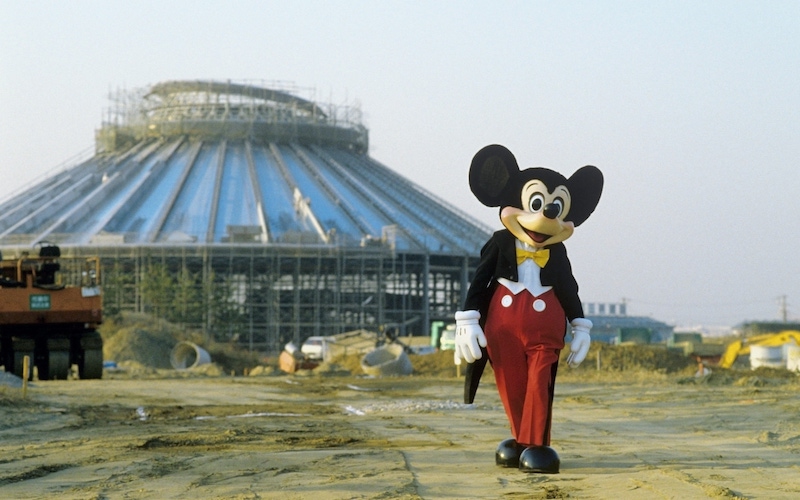 Mickey Mouse in The Imagineering Story, one of the new unscripted series launching on Disney+ this week. (Image via Disney+)

Happy Monday! As November marches on—we’re a third of the way through the month already, and there are 44 days until Christmas and 51 days until 2020!—so do the premieres of reality shows.

For this week’s preview of the premieres ahead, I’m trying something new: breaking up shows into categories, as a way to make these long lists a little more manageable. Let me know what you think of this curation in the comments or via e-mail.

And, as always, you can always let me know if I’ve missed something. Not all networks announce premieres, or share them with the press and/or me. I do my best to get everything, but definitely fail sometimes.

For the second time in two weeks, a new streaming service is launching.

But unlike Apple TV+ and its thin initial offerings—especially in unscripted—Disney+ is launching Tuesday with tons of shows, both originals, classics, and current series, including a bunch of reality shows from NatGeo’s library such as Life Below Zero and Dr. Oakley, Yukon Vet.

The Disney+ unscripted originals include these four reality and documentary shows, which launch tomorrow but will have new episodes appearing on Fridays.

Yes, unlike Netflix, Disney+ is going to make us wait for new episodes every week. And: I think that’s awesome, especially with such a glut of content. Seeing an entire season waiting is somewhat intimidating; a single episode feels so much more manageable.

What I’m curious about

Two men getting bitten by venomous and poisonous animals: That’s basically what happens on Kings of Pain (History, Tuesdays at 10).

Is this a thinly-veiled Jackass? Or an actual scientific exploration that will “help save lives,” as History says?

Tomorrow, before the premiere, I’ll publish an interview with a History Channel executive with answers to my questions.

And Carla Hall hosts Thanksgiving Grubdown (Cooking Channel, Monday, Nov. 11, at 9), on which she “discovers outrageous Turkey Day treats” such as “a 23-pound cake made with layers of holiday pies,” according to the network.

That’s the start of the Thanksgiving-themed series and specials:

Maureen McCormick hosts the Macy’s Thanksgiving Cake Spectacular (Food Network, Sunday, Nov. 17, at 10), on which cake artists compete for $10,000 by baking cakes that look like floats from the parade.

And while we’re discussing cooking competitions, a new season of Chopped Junior starts this week (Food Network, Tuesdays at 8).

All the rest of the reality TV premieres

The Preppy Murder: Death in Central Park (AMC and Sundance, Wednesday, Thursday, and Friday at 9) is a five-part documentary series which explores the murder of Jennifer Levin by Robert Chambers. Sundance says the series “will expose evidence that was inadmissible in the trial” and examine things such as “an all-out tabloid media war that blamed the victim.”

Today is Veterans Day in the United States, and two documentaries airing tonight look at contributions to American military efforts:

Floribama Shore (MTV, Thursdays at 8) relocates to St. Petersburg, making its title (which already refers to a place that doesn’t exist) even weirder.

There’s a new season of The Toys That Made Us (Netflix, Friday), and a new reality show that follows nail artist Lexi Martone: Unpolished (TLC, Sundays at 10).

The Gift: The Journey of Johnny Cash (YouTube, Nov. 11) is a documentary that uses new archival footage that tries to “[bring] Cash the man out from behind the legend” as it “explores the artistic victories, the personal tragedies, the struggles with addiction, and the spiritual pursuits that colored Johnny Cash’s life,” according to YouTube.

Ralph Lauren is profiled in Very Ralph (HBO, Tuesday, Nov. 12, at 9), which was directed by Susan Lacy, who also directed Spielberg and Jane Fonda in Five Acts.

Maradona in Mexico (Netflix, Wednesday) is a documentary about soccer player Diego Maradona

Pariah: The Lives and Deaths of Sonny Liston (Showtime, Friday, Nov. 15, at 9) profiles the boxer and “the rise and precipitous fall of one of the most vilified and misunderstood sports champions of all time,” according to Showtime.