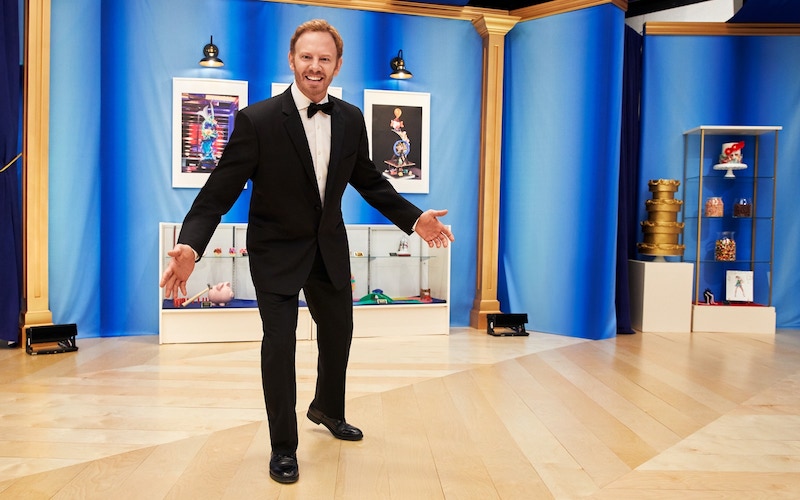 That series, which ended in 2011, was hosted for the majority of its life by Keegan Gerhard. It’s returning with a new host but the same basic idea: four competitors, and several hours to complete a single culinary challenge, with the winner receiving $10,000.

In the reboot, which is hosted by Sharknado and Celebrity Apprentice star Ian Ziering, the challenges will all have pop culture themes, starting with the first episode, which will ask contestants to use A Christmas Story to create “over-the-top edible recreations of the iconic film’s most memorable moments.”

Future episodes—there will be six total in this revival season—will have themes related to The Wizard of Oz, Back to the Future, Pokémon, and the board game Monopoly.

Original host and later judge Keegan Gerhard is returning as one of the three judges, along with Matt Allard and Claudia Sandoval. It’s not clear if they’re the permanent panel or just judging the first episode.

The contestants will be “the country’s top cake makers, bakers and sugar artists,” according to Food Network. The headline of the press release refers to “elite cake artists.”

That sounds like the new season might be sticking to cakes and baking—like so many other Food Network competitions—rather than including all kinds of culinary practices. Early seasons of Food Network Challenge had a much wider variety of contestants and challenges, from savory cooking to bartending.

Many of the original contestants went on to high-profile careers or positions, including on Food Network itself. The new contestants are award-winners themselves, according to Food Network president Courtney White.

“Every Food Network Challenge contestant has risen to the top of the competitive baking world by winning multiple awards, so these expert bakers are extremely competitive,” she said in a press release. “The culinary action combined with pop culture nostalgia and host Ian Ziering’s charm make for a fun and compelling show for the whole family.”