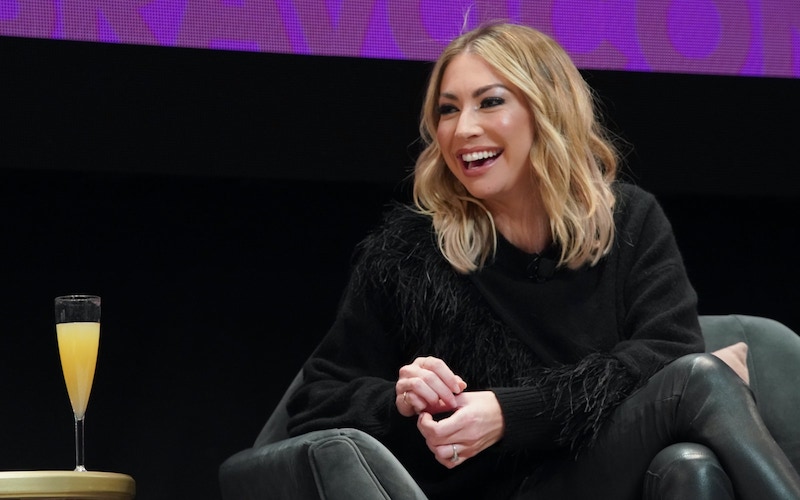 BravoCon took place in New York City this weekend, and thankfully for fans in attendance, did not turn out to be a reality TV Fyre Festival, though I would have absolutely watched that show.

Bravo used the event to announce some news about its franchises, including The Real Housewives and Top Chef, though many of the announcements strain the definition of news, like the BravCon live blog declaring that “Luann just confirmed that she’s hard at work on new tunes” or Shahs of Sunset’s Reza claiming the next season “is the most exciting season of any show that’s ever aired on Bravo. Ever.”

For reports about BravoCon itself, NPR’s All Things Considered aired a story from the event, and the L.A. Times’ Yvonne Villarreal’s tweeted observations, which included photos from The Real Housewives museum. I also recommend Louis Peitzman’s live tweets.

Update: Full reports from Yvonne Villarreal at the L.A. Times, Louis Peitzman at Elle.com, and Briana Rodriguez at Variety.

Below is a round-up of the news that caught my attention, which admitted are not the headlines like “Reza Farahan Reveals His Friendship Status with Mike Shouhed” and “Brooke Williamson Reveals the One Dish She’d Make for the Rest of Her Life.”

The BravoCon live blog has all of those tidbits. But here’s are the big stories.

“…takes viewers into an undiscovered world that is about so much more than religion, although the Mormon church is undeniably engrained in the culture. In the majestic mountains of Utah is a hidden social circle made up of successful women who have created their own paradise filled with luxury homes, shopping sprees and multi-million-dollar businesses and brands. With Hollywood’s exclusive Sundance Film Festival in their backyards, these Type-A power-brokers are accustomed to rubbing elbows with A-listers and what party list you are on means everything. They have mastered running wildly successful enterprises by day and enjoy après ski at the finest resorts by night, all the while raising extraordinary and unconventional families. Here perfection is not an aspiration, it’s a mandate. They hold themselves and each other to an extremely high standard and never hold back when things go sideways, but lord knows they are always there for each other when they need it most.”

Bravo was able to find another white woman to be on the cast, keeping the show’s lack of diversity intact for another season.

Leah founded the clothing brand Married to the Mob, and Dorinda told BravoTV.com that Leah and she have some similarities: “I was the old gangster in town, but this one I think, she’s like Jesse James. I mean, I’m even a little taken aback by this one. … She’s blonde and blue-eyed as well, and she’s quite a little number. I really like her. She’s really good.”

Also back next season on RHONY: Jill Zarin.

Alas, it doesn’t seem like she’s returning full time or even as a friend, just occasionally appearing in episodes.

In a BravoTV.com bit with Dorinda, Luann, Tinsley, and Dale (ugh), Luann said of Jill, we’ll “see her a little bit this season, on the show.”

I also assume the lack of Barbara news means Barbara Kavovit is not returning, which is a damn shame.

Top Chef’s next season, and a Vanderpump Rules spin-off

Top Chef’s all-star season, which I reported about earlier this fall, was officially announced, and will air in the spring—a later premiere than usual for the franchise, which has previously returned in December.

Bravo said that the cast will consist of “15 frontrunners and fan favorites from seasons past” (here are the chefs that have been identified during production) and that Padma Lakshmi, Tom Colicchio, and Gail Simmons will all return.

And speaking of Vanderpump Rules: one of its main cast members, Stassi Schroeder, is getting her own spin-off.

Unlike the one-season Jax And Brittany Take Kentucky, however, it will not air on Bravo, but on YouTube.

On Basically Stassi, Bravo says, “we’ll see the fashionista select her OOTD and then she and fiancé Beau Clark will entertain different guests in the living room of Stassi’s apartment, where the wine and conversation will be flowing.”

Bravo says the new show “embodies Stassi’s guiding principles in life: be proud, be bold, and most of all be basic.” So, it’s perfect that the show is on YouTube, then?