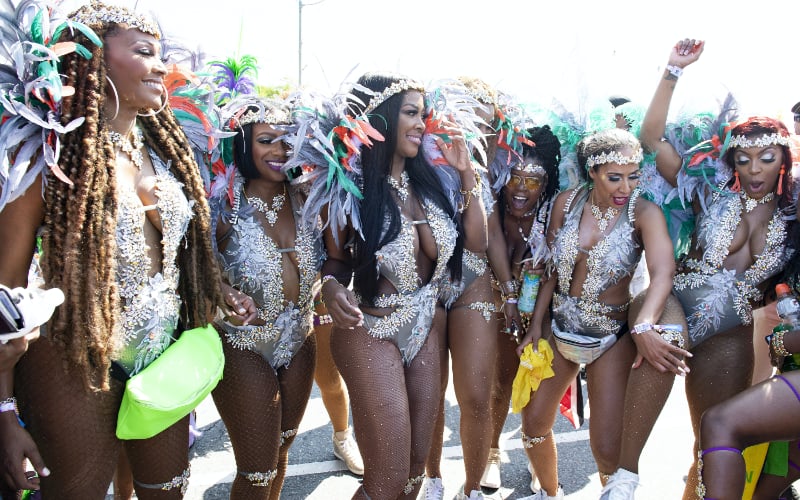 Happy Monday! Let me begin with a warning: We’re not even to Halloween yet and this preview of the week’s reality TV and documentary premieres is going to mention Thanksgiving.

First up, though, Halloween! Perhaps because some people will be trick-or-treating, this final week in October is a lot lighter on premieres than September and October have been so far.

There are several specials to wrap up all the ghost and paranormal reality shows that September and October have brought us.

World’s Biggest Ghost Hunt: Pennhurst Asylum (A&E, Wednesday, Oct. 30, at 8) is “the longest continuously filmed paranormal investigation in television history,” according to A&E, since it follows five people who lock themselves inside the asylum for two weeks to see if they can find evidence of paranormal activity.

The special will be followed by the season finale of the new Ghost Hunters.

Ghost Adventures: Curse of the Harrisville Farmhouse (Travel Channel, Thursday, Oct. 31, at 9) follows the Ghost Adventures team (Zak Bagans, Aaron Goodwin, Jay Wasley, Billy Tolley) as they lock themselves inside The Conjuring home in Rhode Island for the usual shits and giggles.

If you want more terrifying reality TV, check out my review of Netflix’s Prank Encounters, which is scary for all the wrong reasons.

And even after Halloween, there will still be paranormal reality TV, thanks to Travel Channel, which knows no other kind of show any more. This weekend, it premieres The Alaska Triangle (Travel Channel, Sundays at 10), which is allegedly a “foreboding location.”

Okay, on to Thanksgiving!

In other culinary television, there’s a new season of Best Thing I Ever Ate (Cooking Channel, Mondays at 9), and a new season of Flavorful Origins (Netflix, Wednesday), which focuses on cuisine of China’s Yunnan province.

Also, The Great British Baking Show season 10 ends Tuesday, and on Friday for those of us watching in the U.S. on Netflix. I have thoughts on this season’s challenges.

The Real Housewives of Atlanta return for a new season (Bravo, Sundays at 8), which is the same time as 90 Day Fiance season 7 premieres.

The Fab Five take their show to Japan for four episodes, making over four people who live there and getting a subtitle in the process. Queer Eye: We’re in Japan! premieres Friday (Netflix, Nov. 1).

Nickelodeon has created a new competition between family bands: America’s Most Musical Family (Nickelodeon, Fridays at 7) will premiere on all Viacom channels (BET, MTV, MTV2, Nicktoons, Paramount, TeenNick, TV Land, and VH1), and has 30 family bands competing for $250,000 cash and a recording contract. Ciara and Debbie Gibson are among the judges.

Hollywood Squares gets a new version at the end of this week: Nashville Squares (CMT, Fridays at 8) has what CMT calls “a country twist” with Music City stars occupying the squares.

When November arrives, so do two new streaming services. First up is Apple TV+, which will launch Friday. It’s $5 a month or free if you buy a new device from Apple, which sounds suspiciously like a ploy to get us to upgrade our devices annually instead of using them for several years.

Anyway, on launch day, there will be one feature documentary and one unscripted series alongside Apple TV+’s scripted shows:

Speaking of nature programming, on Saturday, Nov. 2, BBC America launches Wonderstruck, a new name for its Saturday programming, which will be entirely nature shows. I’ll have a more in-depth story about that on Friday.

On its first day, Wonderstruck will air a preview of Seven Worlds, One Planet (BBC America, Saturday, Nov. 2, at 9), a new nature doc series that will air in its entirety next year. The series, narrated by Sir David Attenborough because no one else can do it, focuses on “how each distinct continent has shaped the unique animal life found there.”

In documentary premieres: Idaho is the epicenter of surrogacy, and Made in Boise (PBS, Monday, Oct. 28, at 10) follows four pregnant women and the parents whose kids they’re carrying.

A 3 Minute Hug (Netflix, today) “captures the joy and heartbreak of families separated by the U.S.-Mexico border” who get a three-minute reunion, according to Netflix.

Little Miss Sumo (Netflix, today) is about a wrestling champion, Hiyori, who’s prevented from competing in sumo wrestling as a professional, and works to change the rules to allow women to compete.

The Bronx, USA (HBO, Wednesday, Oct. 30, at 9) “follows producer George Shapiro as he returns to his hometown of the Bronx” and “reflects on the singularity of the borough he grew up in and the close friendships he made there,” according to HBO.

As California wildfires burn, there’s a documentary about last fall’s fire, the Camp Fire, which began Nov. 8, 2018. Fire in Paradise (Netflix, Nov. 1) “charts the course and consequences” of the fire through interviews and footage of the fire, according to Netflix.

VICE News returns to TV with the new series VICE Investigates (Hulu, Nov. 1), which will air three episodes this Friday and then air new episodes monthly. The first three episodes are about fires in the Amazon rainforest, “Russia’s War on Hip-Hop,” and one on “the Middle East’s ever-changing geopolitical landscape,” Vice says.

The Life of Earth (Smithsonian Channel, Sunday, Nov. 3, at 9) is a two-hour special that offers “spectacular visuals, pioneering research and exciting expeditions,” according to its network.