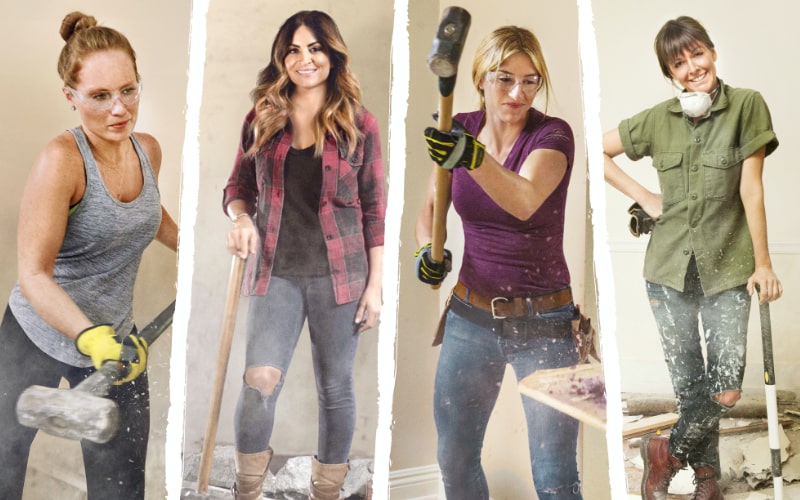 Good Monday morning! How is that we are in the final third of October already, especially when it feels like every week actually lasts for several hundred years?

Or maybe it’s just that we need several hundred years to process the news, never mind all of the new television. And—segue alert!—there is a lot of new reality television this week. So I’m going to stop wasting time and just get to your look at what’s premiering this week.

Tonight, HGTV debuts a competition between four of the network’s stars, who will each have $175,000 to renovate identical homes.

Also premiering on HGTV is a new series, Fixer to Fabulous (HGTV, Tuesdays at 9), on which Dave and Jenny Marrs renovate Arkansas homes.

If you like looking at Google Maps satellite images, I have a new series for you: Life from Above (PBS, Wednesdays at 10), which uses incredible satellite images. Watch this preview, which has some stunning images:

There are new seasons of Long Lost Family (TLC, Fridays at 10) and Teen Mom: Young and Pregnant (MTV, Tuesdays at 9), which adds two new teen moms, following their journey as new mothers and new celebrities.

The Good Place star Jameela Jamil hosts a new game show which will feature the guys from Impractical Jokers. It’s called The Misery Index (TBS, Tuesdays at 10), and it was inspired by this game, Shit Happens.

Netflix’s Prank Encounters (Netflix, Friday) made headlines months ago because it has Stranger Things star Gaten Matarazzo pranking people who think they’ve been hired for a temporary job.

In other words: It’s Scare Tactics.

Also on Netflix this week:

Women of Impact: Changing the World (National Geographic, Saturday, Oct. 26, at 10 p.m.) is a documentary version of this new book, profiling more than 40 “history-making and boundary-breaking women,” according to NatGeo. It’s narrated by Julianna Margulies.

Blowin’ Up (PBS, Monday, Oct. 21, at 10 p.m.) follows what POV refers to as “a team of rebel heroines” who are trying “to change the way women arrested for prostitution are prosecuted” inside a courtroom in Queens.

The River and the Wall (Starz, Monday, Oct. 21, at 9 p.m.) follows five friends as they trek along the border between the United States and Mexico and explore the effect a border wall will have on wildlife and nature.

It Takes a Lunatic (Netflix, Friday) is a documentary about a teacher, Wynn Handman, whose students you may have heard of: Denzel Washington, Alec Baldwin, Burt Reynolds, Christopher Walken, Connie Britton, and others.

Finally this week, in murder and/or ghost reality TV, we have four premieres: