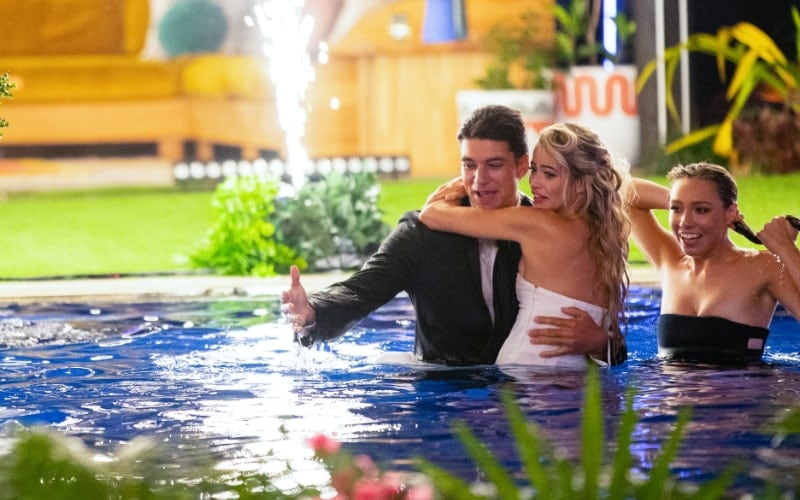 The CBS version of UK hit Love Island was one of my favorite shows this summer, and now season one is available to stream, in case you missed it or just want to relive Love Island narrator Matthew Hoffman smash through the fourth wall with his wit.

CBS has made all 22 episodes available on CBS.com and its app, and the first week of episodes don’t have any commercials (for now).

It has been available on CBS All Access, the network’s pay streaming service, so only to subscribers. (CBS did have some episodes on its web site and even YouTube this summer, when it was airing.)

The network said that, during the summer, it became the “most-streamed new show on CBS All Access and CBS.com in over a year,” with more people streaming it more than Survivor or Big Brother.

Making episodes available for free costs CBS nothing, earns some ad revenue, and perhaps builds that audience for next summer’s return.

CBS renewed Love Island for season two because, while it wasn’t a Big Brother-level hit, it drew younger female viewers to the the network.

Tonight, CBS is reuniting the cast, narrator Hoffman, and invisible host Arielle Vandenberg for a reunion tonight, though it won’t be broadcast, alas.

There will just be posts on the show’s Instagram and other social media, where CBS promises we’ll “find out which couples are still going strong, who has coupled up and who’s vibing now.”

Season one’s winning couple, Elizabeth Weber and Zac Mirabelli, are still together, though not living in the same city.

They spent time together at New York Fashion Week, and while they both plan to move to L.A., Elizabeth told Central Michigan Life, “When that happens, we’ll be living in the same city, but not living together.”