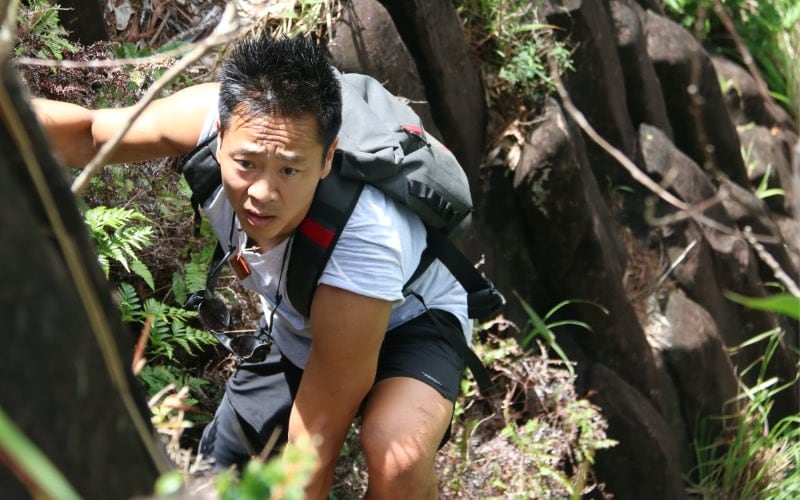 The start of Dr. Albert Lin’s journey to becoming an explorer—and an Explorer, the National Geographic kind—began at the end of his Ph.D. program in engineering, when he realized that he was wrong about something.

“My assumption that the age of discovery was in the past is totally wrong,” he told me. “As engineers, we can use technology to look in completely new ways. We are—if we decide to [do that]—in the new age of discovery.” So Lin did what you’d expect: “I sold everything I had. I moved into my car. I gave myself a year to raise money to try to do the most audacious thing I could think of.”

That audacious thing was trying to find a nearly 800-year-old grave. “I decided to try to use satellites, drones, radar systems, crowdsource data analytics, all these other things to try to find the tomb of Genghis Khan in Mongolia. And I just said I was going to do it.”

He gave himself one year to make this happen, during which Lin said he was “basically squatting on the university where I just finished my PhD.”

After a few months, he found his way to National Geographic headquarters in Washington, DC. “I just sort of shoved my way there with the best clothes I could borrow from my friends. I gave this pitch and, a year later, I was leading a team into the field with a budget to try to take 10 horses and three military trucks and all of these radar systems,” he told me.

The Valley of the Khans project did not reveal the tomb’s location, but Lin told me that, after three years there, “what we found was incredibly compelling, but it was embargoed by the Mongolian government, so a lot of the findings we can’t really talk about. But it started me off on this entire career of basically following that childhood dream of being Explorer, but in many different places around the world.”

A lot of Albert Lin’s work involves LIDAR, a “laser range finder” which he described with an example: “You can fly over a canopy of jungle and you can get a sense” of what’s beneath it, on the forest floor.

While only “about six percent of the laser hits the ground, he said, “digitally you can delete the trees and you’re left with this naked map of the forest floor. And it’s really cutting edge stuff for archeology.”

The result, Lin said, is “essentially a treasure map in our hands.” And that’s what the six episodes of Lost Cities (NatGeo, Mondays at 9) are essentially focused on.

The documentary series, which has a special premiere Sunday at 10 p.m. ET before continuing Monday in its regular timeslot, follows Lin as he works with archeologists “to uncover and resolve mysteries of the past in the most extraordinary sites of antiquity, including the Knights Templar in Israel, the Lost Kingdom of the Pacific in Micronesia and the city behind the legend of El Dorado: City of Gold in Colombia,” according to the network’s description of the show.

Lin said that, unlike other adventure or discovery series where a host just parachutes in to talk about things that have already happened, “We actually make real discoveries on this series. There’s real things that have been found that were never seen before,” he said.

“There are genuine new cities that we found out in the most remote places that no archeologist has stepped foot on for thousands of years. They haven’t been looted.”

Lin and the show’s team—there’s an advance team that goes out to do data collection and analysis before the film crew shows up—do work closely with other scientists and archeologists.

Lin said that the show started by identifying “a number of archeologists that are on the brink of something big, and we’ll apply the most cutting edge technologies we can find to that problem, and piece together how this can really move the dial for them,” he said.

The fact that this is part of a TV show means there are resources available—like technology scientists might not be able to afford.

“Archeologists, they know those tools can make a big difference to their work, but they don’t necessarily have access to them. So then you bring in a TV budget, and you have a helicopter and you have lasers and you have all these other things, you can start moving the dial,” Lin said.

When I said that it’s pretty depressing that our society prioritizes funding entertainment over science, Lin said there should be a “conversation about science not getting funded,” but he sees that “as a different thing.”

His focus her is on “how do you get the general population across the planet—people that otherwise wouldn’t have bumped into these kinds of stories and these kinds of endeavors—to think that that is awesome?”

And that, he said, can contribute to a “rise in consciousness about how awesome these careers are.”

While Lost Cities and his other work may connect kids and people to future careers, it can also help create empathy.

“Sometimes I’ll find a piece of pottery on the ground,” he said, “and you can see somebody pressed their fingers into it and you can actually see their fingernails and you put your hand right where their fingernail is, and you are literally feeling their finger from 3000 years ago. You realize how diverse our story is, how incredibly empathetic you can be to a larger collective human story.”