The Great British Baking Show is still a delight, but has it run out of baking challenges?

One of the many things that attracted me to The Great British Baking Show years ago was that its challenges—like the show itself—weren’t exuding desperation. The hosts didn’t run in with a mid-challenge twist, like happens on every single Food Network Baking Championship, nor were the challenges overly complicated.

Instead, they were just tests of the contestants’ skills. Heck, the contestants were even told about two of the three challenges in advance so they could practice. They still struggled, that’s how hard baking is.

And GBBO demonstrated that you don’t need to surprise or blindside someone to challenge them—or to make consistently entertaining television.

This season of The Great British Bake-Off, its 10th, has been as amusing as ever, though it occasionally borders on sheer lunacy.

Noel Fielding and Sandi Toksvig’s playfulness has replaced Mel and Sue’s puns, and in their third season together, they’ve reached new levels of clowning around.

Just when you think they couldn’t find another way to joke about Sandi’s stature, out comes the burlap sack again, or there’s a bit like having Sandi living in a cutlery organizer in a drawer.

During the challenges, Noel sidles up to contestants and offers a mix of support and shockingly unexpected jokes and even innuendo. He’s usually amusing but I still find myself cringing with awkwardness, mostly because he often does this while the contestants are concentrating or trying to do something difficult, and there he is, screwing around as usual.

That’s preferable to Paul Hollywood lurking around the tent and staring at contestants with his shark eyes, as Henry referred to them last week.

So the cast is having fun, and the contestants seem to be, too. Well, mostly: all of them began pastry week by declaring how much they hated pastry, and it’s been so hot in the tent that not only has their work been melting, but they’ve been holding fans in their faces (Alice) or putting wet towels on their heads (David) just to stay cool.

I also appreciate knowing that I won’t have the winner spoiled by searching for something about this season (though since we are a few days behind in the U.S., it’s still possible to stumble across a spoiler).

But as I’ve watched week to week, I’ve noticed that this season has given the contestants more than a few challenges that don’t really seem to be about—what’s the word I’m looking for? Oh right: baking.

Most critically, actual baking sometimes has often become an afterthought.

During dessert week, for example, the technical challenge was to create verrines, which, sure, had a cookie on top, but otherwise didn’t involve any baking at all, just making cream, jelly, and panna cotta.

There have been several challenges with fried food (Sicilian cassatelle, beignets), and there’s also a lot of attention to accompaniments, like the veggie burgers the contestants were required to make during Bread week.

I get it: veggie burgers go on buns, which they also had to make. But if you’re spending more time on filling than on baking, is this a baking competition or a cooking competition? Maybe baking is as much about the fillings, whether they’re sweet or savory, or maybe it’s just that the editing has given more attention to these parts of the process.

The showstopper in the semi-final, which arrived today on Netflix in the U.S., asks the contestants to make sugar glass cabinets to display their pastry in. Will they have to weave their own baskets, or plumb their own sinks, during next week’s final? I exaggerate, but still.

Last week’s theme was “Pastry,” and the showstopper challenge asked them to create vertical pies. Is that actually a thing in the baking world? I Googled and the only references are from the show, so I don’t think it was.

The challenge did open up some creativity—Alice’s tree house was delightful, and David’s fish pie was like a post-modern take on pies—but also stumped Henry, who just tried to stack pies.

Before that, they had to create Moroccan pie with warqa, or brick, pastry, and that challenge became almost entirely about creating the warqa, which was kind of like phyllo dough painted onto a crepe maker. It seemed incredibly challenging and probably also was incredibly delicious, but is that baking?

Eventually, those sheets of painted pastry went into the oven, and that’s when Sandi, Noel, Alice, David, Henry, Rosie threw limes around the tent while Steph ducked and the time passed.

Perhaps that’s why the producers are introducing new themes and types of challenges, because just having contestants crouched in front of ovens can get repetitive. But here’s the thing: In nine seasons, it’s never been boring.

Again, none of this has made the show less entertaining, but I do worry—I’m a worrier—that it’s moving a step closer to American baking competitions, which ooze desperation out of their soggy bottoms: WE HAVE TO HAVE STAKES! INCREASE THE STAKES! HANDCUFF THE CONTESTANTS—YES, LITERAL HANDCUFFS! MORE MORE MORE!

At the start of the season, I was also worried that The Great British Baking Show had either run out of contestants or was going with stunt casting, especially with its two 20-year-old contestants, and especially Jamie.

Watching Jamie bake resulted in the same thing that would result from me attempting one of these challenges: a complete mess.

But 20-year-old Henry proved to be one of the better and more resilient bakers, getting eliminated just before the semi-final. And overall, the cast has brought abundant charm and camaraderie to The Great British Bake-Off, as have its hosts. I hope Love Productions and Channel 4 realize that’s enough for a perfect hour of television. 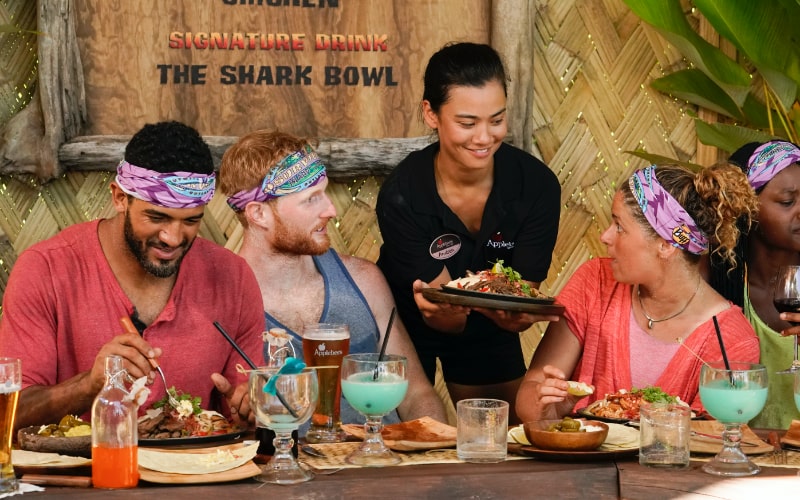