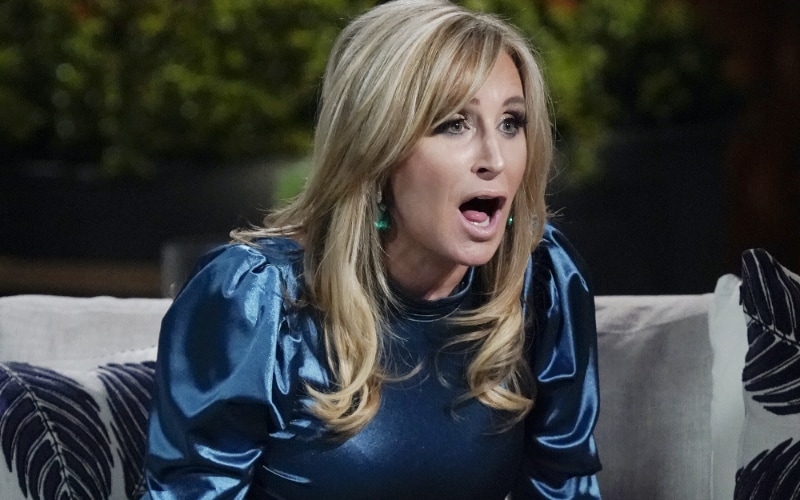 On Friday, The Real Housewives of New York City star Sonja Morgan posted to Instagram, saying she’d be at an “all things beauty & life longevity weekend” Nov. 15 to 17.

That’s notable because those are the exact same days as the first BravoCon, which has promised “more than 70 Bravolebrities and more than 30 live events from Bravo’s top series.” Yet Bravo has yet to identify most of those Bravolebrities except Luann de Lesseps. And if they can’t even get Sonja?!

Of course, one person from one show not attending is not a sign of disaster by itself. And there will be a Luann’s Countess and Friends cabaret show, which means it will all be worth it, even if the rest of it resembles the Fyre Festival.

But Sonja’s post came days before a report from the website All About The Real Housewives that called the event “a mess” and quoted anonymous sources who said “Bravo is scrambling” because “the favorites don’t want to do it,” which may or may not have to do with the compensation they may or may not be getting.

That may or may not be accurate, and ditto with the site’s claims that Ramona Singer, Nene Leakes, and Kandi Burruss won’t attend, either.

But one source suggests it could all end up fine with Bravo “adding more Bravolebs and Housewives at the last minute as a ‘surprise,’ but in actuality, the favorites don’t want to do it, and they are scrambling.”

What’s particularly interesting to me is that Bravo still isn’t listing any stars as coming besides Luann and Andy Cohen (of course). Perhaps it doesn’t have to, since tickets are sold out.

But the event is 2.5 weeks away, and BravoCon2019.com is still just full of vague details: The “Who’s Coming” page lists zero names but does tell people to “Stay tuned for announcements coming soon!” How soon? After it’s over?

There haven’t been any posts about it on Bravo’s web site in six weeks, while a preview video released in August featured Andy Cohen plus The Real Housewives of Orange County’s Shannon Storms Beador and Shahs of Sunset’s Reza Farahan, who didn’t exactly say they’d be attending but presumably will be there.

Still, if that’s the biggest talent you can get to make a preview video? Yikes.

In August, after tickets sold out almost immediately, people started to use the hashtag #BravoConned on Twitter and Instagram.

Some of those who did get tickets have posted their badges to social media, which are impressive, and clearly Bravo spent some money on the collateral materials:

Still, the official web site doesn’t even have a schedule of events, but an Aug. 19 blog post listed events without times, names, or other details. Not even the names of the producers who will attend the two “Producers Spill the Tea” panels are listed:

Perhaps Bravo just doesn’t need to say anything publicly since all the tickets have been sold out. But putting together a large convention is not easy, and previous attempts at reality TV conventions have ended poorly, as I wrote about when MTV announced its own RealityCon, which will take place next summer.

If you’re going, let me know what you find!