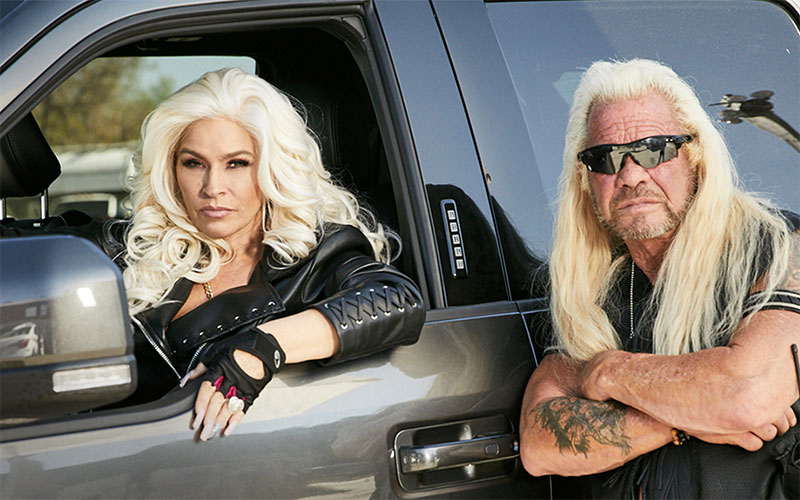 Beth Chapman and Duane "Dog" Chapman, the stars of Dog's Most Wanted. (Photo by WGN America)

Good morning! I hope you had a restful Labor Day weekend. Those of us stress-eating our way through the wait for Dorian have better news today, but the storm has already caused incredible devastation in the Bahamas. A lot of people are mobilizing to help, including frequent reality TV guest judge and chef José Andrés.

Yesterday, I published my newest quarterly guide with all fall reality show premieres, and there are quite a few. But today, let’s look at what’s ahead this week.

If that isn’t enough rich-people drama, here comes the 17th season (!) of Keeping Up with The Kardashians (E!, Sundays at 9).

Love & Marriage: Huntsville returns for a second season (OWN, Saturdays at 9) of following three couples who work in real estate.

The new series Dog’s Most Wanted premieres this week (WGN, Sept. 4, Wednesdays at 9); it’s the third reality show to follow bounty hunters Duane “Dog” Chapman and Beth Chapman. She died from cancer earlier this summer, and her death will be part of the new season, which will also include them going on “a cross-country manhunt” for people.

Before the premiere, WGN is marathoning Dog The Bounty Hunter, the couple’s original A&E series, which ended in 2012. The marathons start at 6 p.m. tonight, Tuesday, and again at 9 a.m. tomorrow, Wednesday.

The survivors of Harvey Weinstein’s abuse tell their stories in Untouchable, a new documentary that’s now on Hulu. Watch its trailer:

Celebrities, activists, corporations, and others working to eradicate poverty are profiled in the awkwardly titled Activate: The Global Citizen Movement (National Geographic, Thursdays at 9). The title comes from the organization Global Citizen, which says it has a “unique ability to mobilize mass audiences” and “works in partnership with the NGO sector and with corporate sponsors to deliver audience and value in innovative and impactful ways.” I admire people working to eradicate poverty; I am unclear what, exactly, this show is.

In murder reality TV, there’s the return of Tamron Hall’s Deadline: Crime (ID, Sundays at 10), on which she looks at cold cases, and Valley of the Damned (ID, Tuesdays at 10), a six-episode series that explores seven murders in one community.

Are You Smarter Than A 5th Grader (Nickelodeon, Fridays at 7) returns with new episodes and host John Cena’s biceps.

Also on Friday: Jack Whitehall: Travels with My Father returns for a new season (Netflix, Sept. 6).