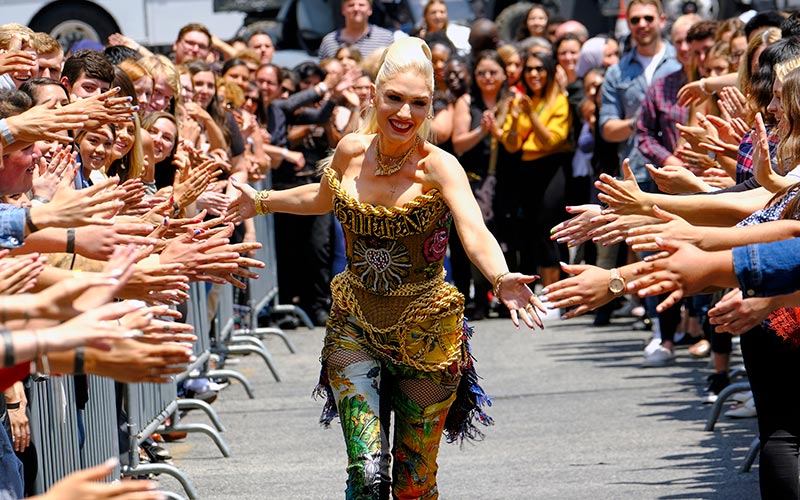 Gwen Stefani returns to The Voice for season 17, replacing Adam Levine, who left the series. (Photo by Trae Patton/NBC)

Both fall and the fall television season have officially arrived today, and along with it, the biggest reality TV shows, too: The Voice, Survivor, and The Masked Singer, plus many cable favorites, ranging from Halloween Baking Championship to Life Below Zero.

Adam Levine is gone from The Voice, and in his place for season 17 is Gwen Stefani, who coaches along with John Legend, Kelly Clarkson, and Blake Shelton (NBC, Mondays and Tuesdays at 8). It goes head-to-head with the allegedly refreshed Dancing with the Stars, which premiered last week

The biggest reality TV showdown of the year occurs Wednesday, when Survivor and The Masked Singer face off (CBS and Fox, 8 p.m.).

Fox’s new hit show, which was promoted poorly during the Emmys, will have a two-hour premiere, while Survivor: Island of the Idols has a 90-minute premiere, followed, as usual, by Big Brother’s finale.

On cable, we’re starting the holiday baking shows, so get ready! The first three shows:

Life Below Zero is back for a new season of following Sue Aikens and others in Alaska (National Geographic, Tuesdays at 9).

On Netflix, there’s Abstract: The Art of Design (Sept. 25), which says it “goes inside the minds of the world’s greatest designers, showcasing the most inspiring visionaries from a variety of disciplines whose work shapes our culture and future,” and a new season of Explained (Sept. 26), which tries to explain “current events and social trends.”

Adios Amor: The Search for Maria Moreno (PBS, Friday, check local listings) profiles “Maria Moreno, an eloquent migrant mother of 12 who became an early and outspoken fighter for farmworker rights,” according to PBS.

Buzz (HBO, Wednesday, Sept. 25 at 9) is a profile of the journalist and author Buzz Bissinger, who’s responsible for Friday Night Lights, among other work. The film follows Buzz “as he experiences a sexual awakening while collaborating with Caitlyn Jenner on her tell-all memoir,” according to HBO. Watch its trailer: