It’s Shark Week » Instead of lying about extinct sharks, Shark Week is doing something even more harmful.
home > Songland 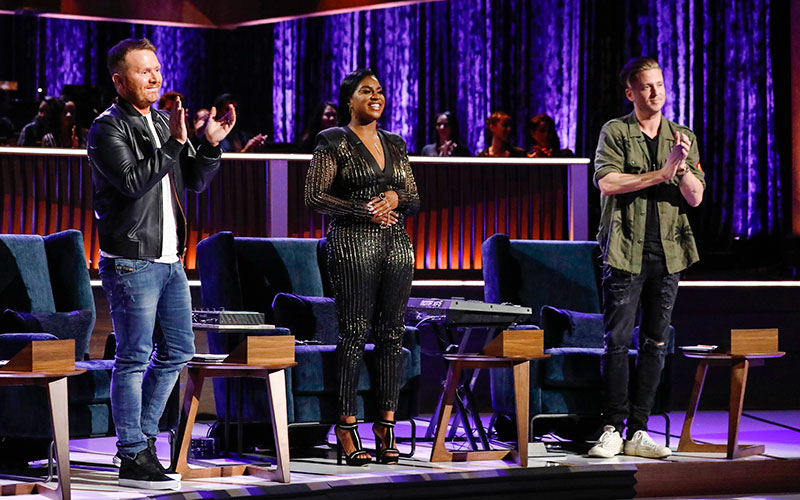 NBC’s new reality series Songland, which premiered in May and then took six weeks off (here’s why it took a break) before airing its final episodes, has been renewed for a second season.

That is not surprising: It’s in the top 20 shows among viewers 18 to 49, and consistently wins its timeslot. It’s also been selling a lot of music.

NBC said the show “is averaging a 1.1 rating in adults 18-49 and 5.1 million viewers overall” within a week of airing (the Nielsen live+7 ratings), and called “it the summer’s #1 most-watched new alternative series.” In the live+35 ratings—those who watched within 35 days, including streaming—the show “grows to a 1.9 rating in 18-49 and 7.6 million viewers overall,” NBC said.

NBC also cited these songs’ performance in its renewal announcement (the quoted parenthetical is from NBC’s release):

NBC noted that those songs charted after the episode, and while it seems that gives them a bump, they can also have life after that. “Solo Quiero (Somebody to Love)”, which was featured on the Aug. 28 episode, moved from #7 to #1 in Latin digital song downloads, Billboard reported, citing “2,000 downloads sold in the week ending Sept. 5 (up 31% increase).”

Two songs featured on Songland were part of product integration deals, and ended up on the Fast & Furious Presents: Hobbs & Shaw soundtrack, and in a Jeep commercial.

On last week’s penultimate episode—which was actually the show’s pilot episode, but didn’t air until the end of the season—Charlie Puth decided to not record any of the songwriters’ songs, even though was basically the point of the show.

He explained in a tweeted iPhone Notes app note that the winning song—”Bad Habit,” written by Zach Sorgen—should be Zach’s song to put out into the world.

Of course, Zach went on Songland to have a major recording star record a song he wrote. Zach did thank Charlie on Twitter. Here’s Charlie Puth’s full tweet:

NBC did not say anything about when we can expect the second season, but Songland is currently casting for season 2—and perhaps even filming.

The casting website suggests that production may have already begun: It says that contestants “will need to be available to the production for approximately four (4) weeks (possibly longer or shorter) sometime between on or about September 1, 2019, through and including on or about October 15, 2019.” Those dates are subject to change, though.

It also says songwriters chosen will have “the opportunity to collaborate with” Ryan Tedder, Ester Dean, and Shane McAnally, so all three mentors are returning.

Applicants have to be at least 13 years old. Songwriters do not give up their songs’ copyright by applying for the show.

The show is being cast by McNulty Casting, which also casts The Voice.

Recommended for you: What do Songland winners get? Is there a prize? Do they get royalties?