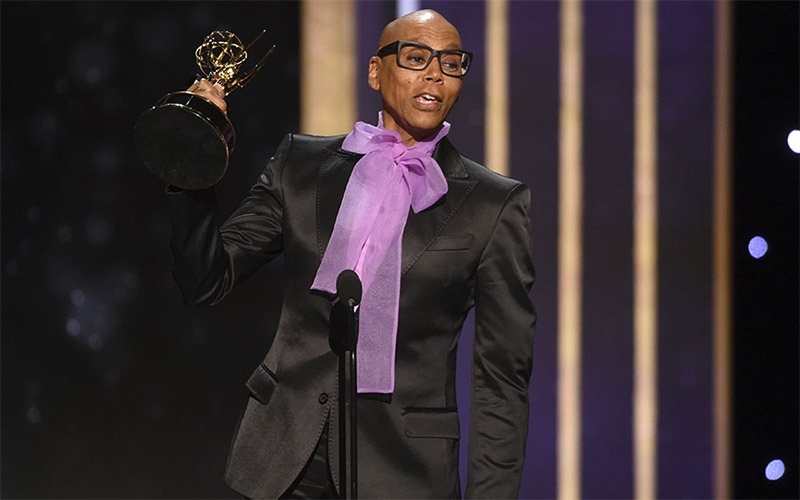 All but one of the reality TV and nonfiction Emmy awards were presented this weekend, at the Creative Arts Emmys on Saturday, and the headline was RuPaul’s win for outstanding reality show host. It was Ru’s fourth win, tying Survivor host Jeff Probst, who won every year for the category’s first four years.

Winners in major categories are listed below; other awards and details are on the Emmy’s web site. The last reality TV award—for competition reality show—will be presented next Sunday, on the prime-time Emmys, which air on Fox this year.

When he received his third Emmy for United Shades of America, host and producer W. Kamau Bell said, according to Deadline, that Hollywood was “full of shit” for its treatment of Born This Way, which A&E has cancelled, and he also called out those with power to do something about representation: “White people, I’m asking you to bring more diversity and inclusion on these shows.”

The reality show host Emmy has existed for 12 years; only five hosts have won it, though one of those wins was actually for two people, Heidi Klum and Tim Gunn. Besides Heidi and Tim, only Tom Bergeron has won once and not repeated; the other three winners have received the other 10 Emmys.

RuPaul dedicated his Emmy to Drag Race co-executive producer Jacqueline Wilson, who died this past week. Ru tweeted this about her on Wednesday:

Outstanding Casting for a Reality Program

Outstanding Cinematography For A Nonfiction Program

Outstanding Cinematography For A Reality Program

Outstanding Directing For A Documentary/Nonfiction Program

Outstanding Directing For A Reality Program

Outstanding Picture Editing For A Structured Reality Or Competition Program