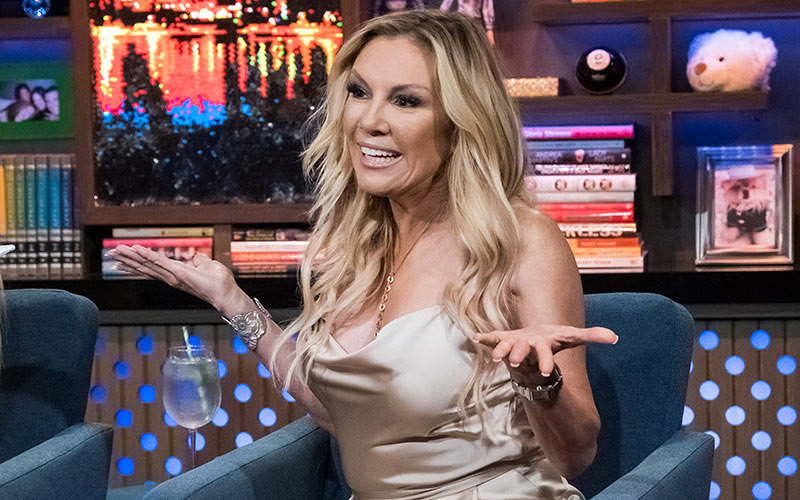 NBCUniversal’s forthcoming streaming service, Peacock, announced both its name and some of its upcoming series—including several unscripted shows—yesterday. Its reality TV includes a spin-off of Bravo’s The Real Housewives, for which I have ideas.

Peacock will be entering an increasingly crowded pay streaming space, with services such as Netflix, Amazon, Hulu, and CBS All Access being challenged by Disney+, HBO Max, Apple+ TV, Quibi, and others. (Here’s an insane list of current and upcoming premium streaming services.)

Peacock—which will debut next April and have both advertising and subscription options, though there are no details yet—will take advantage of NBCU’s back catalog of scripted and unscripted series, offering past seasons of existing and past shows to stream. That includes Top Chef, The Real Housewives, Chrisley Knows Best, and Keeping Up with the Kardashians.

The original scripted series include a new Battlestar Galactica from Mr. Robot creator and director Sam Esmail, and reboots of Saved By the Bell and Punky Brewster; past shows include NBC’s Parks and Recreation and The Office, plus PBS’ Downton Abbey.

The new service will also have original unscripted and reality TV offerings, though they’re minimal right now, and nowhere near as exciting as all the reality shows Disney+ has coming this November.

NBCU said that “Peacock will feature a broad array of the most-talked-about unscripted programming,” and announced these new unscripted shows:

That last one is by far the most interesting to me—and the most vague. It’s impossible to have a spin-off of an entire franchise, so does this mean some kind of show that involves multiple cities’ cast members?

Or will it be just another spin-off like the more than a dozen spin-offs that have aired previously on Bravo, which follow one or more stars of one of the individual shows? For a few examples: Kim Zolciak’s Don’t Be Tardy, Bethenny Frankel’s Bethenny & Fredrik, or Caroline Manzo’s Manzo’d with Children?

Considering that we’ve yet to get any kind of all-star Housewives show, which Bravo may think of as too risky since people get invested in individual casts’ internal drama and relationships, I’m hoping that this spin-off will be more experimental and less like the previous spin-offs.

My idea: a Road Rules-style spin-off, where stars of each of the franchises drive cross-country in an RV and stop places along the way. Maybe there can be challenges and prizes, or maybe it’s functional, like a way to get them all to an event (e.g. BravoCon).

I would watch Ramona and Sonja try to drive across a parking lot, an event I’m sure that could be stretched into at least two episodes with a three-part reunion, so imagine multiple Housewives stars in a single RV.

What if they were paired together and drove cross-country, like one of my favorite early reality series, The Real Cannonball Run?

Or, what about an all-star trip? Invite all the people who cause the most drama on vacations on a vacation of their own.

Whatever it is, I’m excited for the possibilities. I also hope Peacock does more reality TV, perhaps going back into the catalog to bring back back-great but short lived NBC or cable reality series such as The Sing-Off, Shear Genius, and Work of Art.