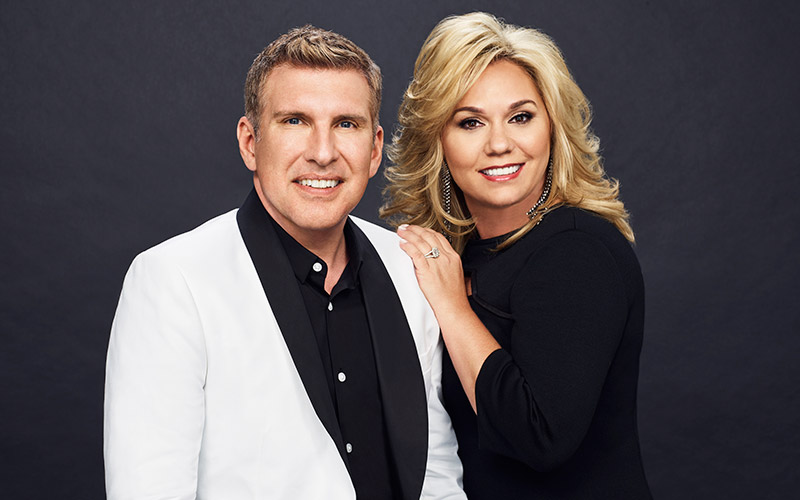 Two of the stars of USA Network’s hit reality series Chrisley Knows Best have been indicted by a federal grand jury, which has charged them with “multiple counts of conspiracy, bank fraud, wire fraud, and tax evasion,” according to the Department of Justice.

The Chrisleys knew this was coming, and Todd attempted to do preemptive damage control yesterday on Instagram. Both the Federal Bureau of Investigation and the Internal Revenue Service’s Criminal Investigation division have been investigating the Chrisleys’ finances.

On Instagram, Todd posted an image of a long note that discussed “a cloud hanging over Julie and me and our entire family for the past seven years,” which he said started “in 2012, when we discovered that a trusted employee of ours had been stealing from us big time.”

Todd claimed that person also “illegally bugged our home,” and said that person sought “revenge” by “[taking] a bunch of his phony documents to the U.S. Attorney’s office and told them we had committed all kinds of financial crimes.”

His Instagram post, which is below, says that the DOJ dropped their investigation, but then the former employee “persuaded a different set of investigators at the U.S. Attorney’s office not only to reopen the case but also to grant him immunity.”

But The Department of Justice says, in a news release, that “Todd and Julie Chrisley allegedly conspired to defraud numerous banks by providing the banks with false information such as personal financial statements containing false information, and fabricated bank statements when applying for and receiving millions of dollars in loans,” and then “allegedly used much of the proceeds for their own personal benefit.”

The DOJ claims that “Todd and Julie Chrisley allegedly used fabricated bank statements and a fabricated credit report that had been physically cut and taped or glued together when applying for and obtaining a lease for a home in California.”

“Todd and Julie Chrisley are charged not only with defrauding a number of banks by fraudulently obtaining millions of dollars in loans, but also with allegedly cheating taxpayers by actively evading paying federal taxes on the money they earned. Celebrities face the same justice that everyone does. These are serious federal charges and they will have their day in court.”

The FBI special agent in charge of the Atlanta office, Chris Hacker, said in the release:

“The reality of this indictment is that the FBI takes allegations of bank fraud and wire fraud very seriously and devotes many resources to protecting the institutions and citizens affected by those crimes. The Chrisleys’ will now have their day in court, but anyone else considering this type of alleged activity should take notice.”