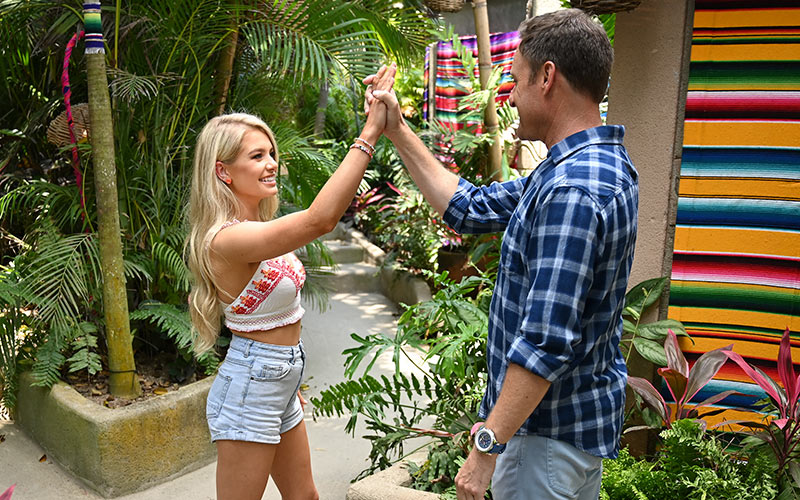 It’s Monday, and time for your weekly look at the reality television that’s premiering this week—which has more than 20 options.

And those are just shows premiering this week, never mind all the shows that are still airing.

Just as Love Island ends its first season Wednesday (surprisingly, it’ll be back next summer), Bachelor in Paradise returns (ABC, Mondays at 8) to make sure this summer is not without a dating series featuring people in their bathing suits. It, too, has been renewed for next summer (unsurprisingly).

This season, there will be a first on BIP: a same-sex relationship involving “queer queen” Demi Burnett.

Also back for new seasons this week:

And these shows are also returning:

If you like supernatural and/or mystery reality television, here are some shows:

A new series follows women who dance in Atlanta but are seeking “financial freedom.” It’s called Beyond the Pole (WE tv, Thursdays at 10).

A new live series hosted by Ann Curry will look try to solve medical mysteries. It’s called Chasing the Cure (TNT, Thursdays at 9); I’ll have an interview with its showrunner on Thursday.

“The first English-language reality show about a Latino family” living in the United States is how The Riveras (Universo, Sundays at 10) has been described by its network. It follows the kids of Jenni Rivera.

A five-part series about a powerful conservative Christian group is the subject of the documentary series The Family (Netflix, Aug. 9).

The Food That Built America (History, Aug. 11, 12, and 13 at 9) tells “the incredible stories of innovation and rivalries behind food industry tycoons Milton Hershey, John and Will Kellogg, Henry Heinz, C.W. Post, the McDonald brothers and more,” according to the History Channel.

The Distant Barking of Dogs (PBS, Monday, Aug. 5, at 10) is a documentary that follows a 10-year-old and his grandmother, who stay in a Ukrainian village as others flee from war.

Manson: The Women (Oxygen, Saturday, Aug. 10, at 7) attempts “to understand exactly how one of the most daunting madmen in history charmed his way into the lives of the women who formed his family,” according to Oxygen.