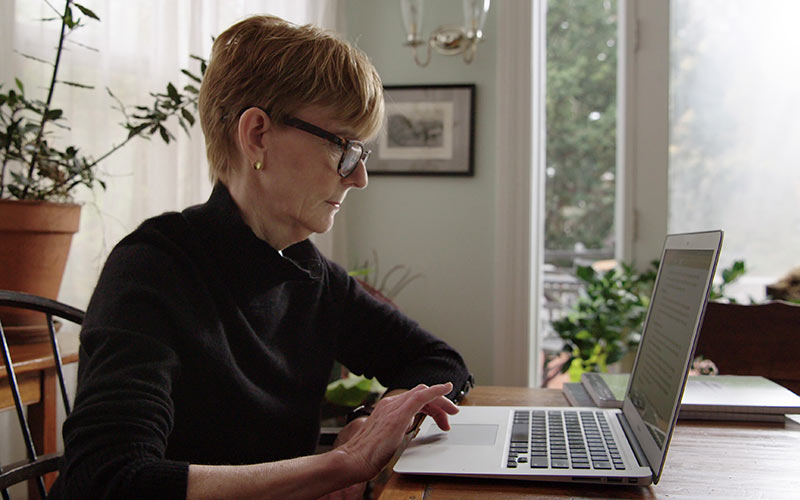 “If it does work, what does that mean for medicine?” Dr. Lisa Sanders asks at the beginning of Diagnosis, the new Netflix series that follows people with undiagnosed ailments as they go public with their story to

That’s the question that hangs over both Diagnosis and the TNT/TBS live reality series Chasing the Cure, which premiered last week and is hosted by Ann Curry. Both shows place crowdsourcing and help from people online at their center, and the stories they’ve chosen to focus on involve people who eventually get answers and help from people on the Internet.

Thankfully, neither is Yahoo Answers: The TV show, as they both filter out well-intentioned misinformation—or harmful lunacy—before it gets spread even further (unlike actual Yahoo Answers, or YouTube, or Facebook, or Twitter…).

But only one is a good television show, and that’s Diagnosis. It has all of the artistry that Chasing the Cure lacks—slow, drifting drone shots over neighborhoods and city streets—but it’s also just much more effective at telling stories.

It spends so much time with the episode’s subject that we can clearly see how this affects them, both physically and mentally, and how it affects those around them. Some of those moments are raw and difficult to watch, but they’re all creating empathy; there are no villains here. (It does, however, subtly but effectively highlight systemic problems in our health care system.)

On Diagnosis, Dr. Sanders is more narrator than anything else—which is similar to her New York Times Magazine column, on which the series, and a new book, are based. In writing, Dr. Sanders tells the stories of people with mysterious ailments, and then explains how they were eventually diagnosed.

The show is similar: On the NYT’s web site, Dr. Sanders profiled people and their ailments, inviting responses from readers. Some of those readers responded, and then talk, via video chat, with the patients.

The show skips over the process: who filtered through the responses and decided who had plausible, helpful information and would get to video chat. Yet as a result, it also ends up elevating the crowd-sourced wisdom, making the show and the column seem like conduits rather than filters.

Nearly all the cases seem to come down to some doctors recognizing what other doctors did not, which is frightening and concerning, but both shows do keep testing and treatment in the hands of medical professionals. Still, Chasing the Cure comes across as much more doctor-centered, with doctors actively discussing, dismissing, and identifying possibilities that viewers suggest.

What Diagnosis has that makes it better television, though, is the benefit of time: time for testing, to see other doctors, to try medication, even to get and heal from surgery. And also the time to film all of this happening over several months, and then time to edit it into a compelling narrative.

There was also time to fix the show: Dr. Sanders said that when she saw an early version of the Netflix series, her response was: “Oh, my God, this is terrible! You can’t do it like that! You can’t say things like that!”

Time makes all the difference in producing unscripted television, and it’s rare that a show gets the time producers need to watch something unfold and then craft it into an accurate but entertaining story.

That’s why Chasing the Cure’s decision to be live is the source of its afflictions.

Why is Chasing the Cure live?

Diagnosis is documentary where Chasing the Cure is daytime talk show, just without the live studio audience or an energy at all.

Chasing the Cure has only been on for two weeks so far, but both episodes have been surprisingly clumsy and stilted.

I have no doubt that everyone involved is doing their best to help, just as it’s clear the patients are suffering, yet the TV show fails to convey that: so little of it feels genuine.

The package that introduces patients and their conditions is well-produced, but when the show cuts to the live studio, the air is just siphoned out of the show.

And that’s the way most of the show comes across: lifeless, not urgent or emotional. The doctors seem like they’re performing, not talking, as they stand around a conference room set and go through options.

Meanwhile, Dr. James Pinckney II has the tough task of summarizing what feels like scripted summaries of viewer feedback, which he does while walking around the “Crowd Care Center.” There, people are looking at computers, presumably reading what people are contributing in real-time on social media, but they could also be extras or mannequins, that’s how much the show uses them.

Ann Curry’s hosting isn’t much better. She is a terrific television journalist—I’ve loved watching her since she hosted NBC News’ early, early morning show, which was on when I got up to go to high school—but here, she appears boxed in: by the teleprompter, by the need to keep throwing to pre-produced packages, and by her attempts to get reactions from people who’ve already had reactions.

That’s what happened with the very first case on last night’s episode. The very first case focused on sisters who’ve had extraordinary swelling and pain in their limbs. Halfway through their segment, there was footage of them receiving their diagnosis from a doctor. That’s the more responsible, ethical choice, of course—versus holding off telling them what they have until the show—but it makes the live segments completely useless.

Chasing the Cure seems to have made the ethical, responsible choices in front of the camera and behind the scenes, but then trying to package those into a live TV show makes the series feel rehearsed, not organic. And then the parts that are unplanned and live make everyone appear like deer in headlights: unclear about what to say or when or to who.

And that just brings me back to the very first question I asked its showrunner (in an interview that took place before the show premiered): Why does this have to be live?

I don’t think it does. It comes across to me like a stunt, TNT insisting it needed a live show because A&E has Live PD and that’s been getting ratings.

Chasing the Cure couldn’t keep my attention after even just a few minutes, and now that Diagnosis has premiered, TNT’s version has been instantly eclipsed, though I am sure it will continue to help people, which alone makes it worthwhile.

There’s something both incredible and terrifying about the existence of both shows: that crowdsourcing medical care is more effective than decades of actual medical treatment; that primary care doctors don’t coordinate care or refer to other specialists; that some doctors’ lack of familiarity with certain diseases or disorders can lead them down the wrong path for years, even decades, during which the person is suffering or getting worse.

Yet they also both offer a kind of hope: that people suffering separately can help each other when they come together.

“It’s crazy what the Internet can do,” one patient says on Diagnosis. “It just took one person from Italy and now I am a completely different person.” That one person did find the patient via the Internet—but also via a doctor writing in The New York Times, which connected her to not just a random person on the Internet, but a medical student who has knowledge, training, and experience.

Recommended for you: An interview with Chasing the Cure’s producer about how the show is produced