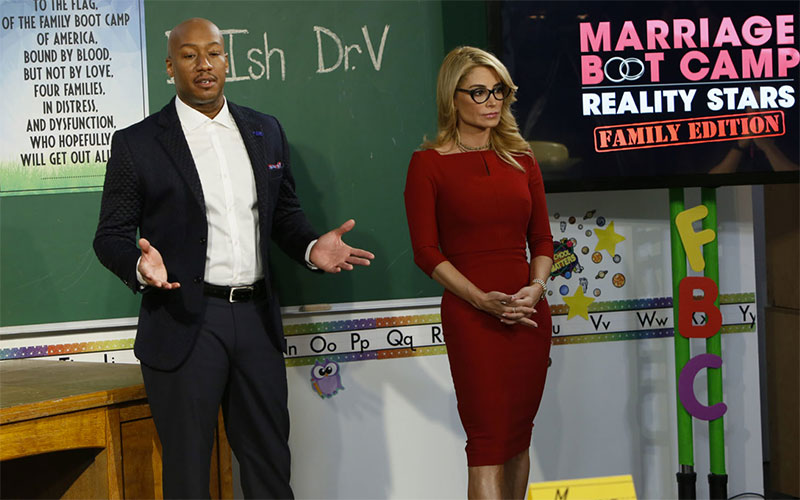 Marriage Boot Camp: Reality Stars season 13 is coming this fall, and its cast consists of four families, each with a famous-ish reality star at the center, and this year those stars are Aaron Carter, Corey Feldman, The Real Housewives of Orange County’s Alexis Bellino, and Basketball Wives’ Laura Govan.

Here’s the trailer, which previews the season—which will include conversations about sexual abuse (“I was abused by a pedophile,” Corey Feldman says) and parental relationships (“You never liked me as a kid,” Alexis tells her mom). The trailer also mocks Corey Feldman relentlessly:

If you’re keeping track, this will be the third season of the “Family Edition” version of WE tv’s Marriage Boot Camp: Reality Stars, and its the 15th season of the Marriage Boot Camp franchise overall. (The first two focused on Bridezilla cast members; the most-recent season aired this spring with the subtitle “Hip Hop Edition.”)

Both Dr. Venus Nicolino and Dr. Ish Major are returning to preside over the insanity. (Jim Carroll and Elizabeth Carroll left after season 7, which aired three years ago.)

WE tv says the doctors “will push the stars and their families to the point of no return when they send them on a road trip to face painful truths and find out if blood is truly thicker than water.”

As to the cast, who a press release calls “four famously dysfunctional families,” they are: