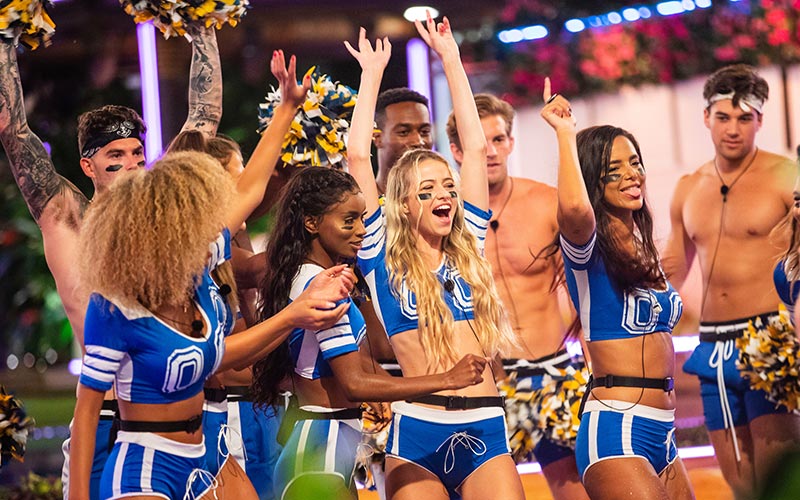 CBS has renewed Love Island for a second season, even though it hasn’t been a breakout smash hit or earned anywhere near the ratings that Big Brother gets in the summer. Love Island season two will air in the summer of 2020.

At TCA, Kahl, “We are recoupling with ITV on season two of Love Island. My annoying tweets are going to continue into next year.”

This is somewhat of a surprise to me, even though it’s a show I really like, and one that has been exceptionally well-produced so far, and has differentiated itself in many ways, from its earnest cast to its witty narrator.

In a press release, CBS said Love Island has been “reaching a much younger and more female demographic,” and is also the “most-streamed new show on CBS All Access and CBS.com in over a year,” and is “a continually trending social media topic following each night’s broadcast.”

Kahl said at TCA that it’s been streamed more than Big Brother and Survivor have this past year.

As to possible changes, Kahl said, “We’ll see what we’ve learned and try to expand on that next year.”

In the press release, Sherman said they hope the show will grow, as it did in the UK:

“After its first season, the U.K. version exploded via word of mouth and social media to become a huge hit, and its viewership has grown every year. We believe first season U.S. fans are just as passionate and engaged and we look forward to building on that foundation with another fun season next summer.”

Also in the release, Kahl said:

“The passion of Love Island’s audience is incredible. The intensity of their social media engagement has created tremendous enthusiasm for the series here at the Network. We love the show’s creative execution and can’t wait for next season.”