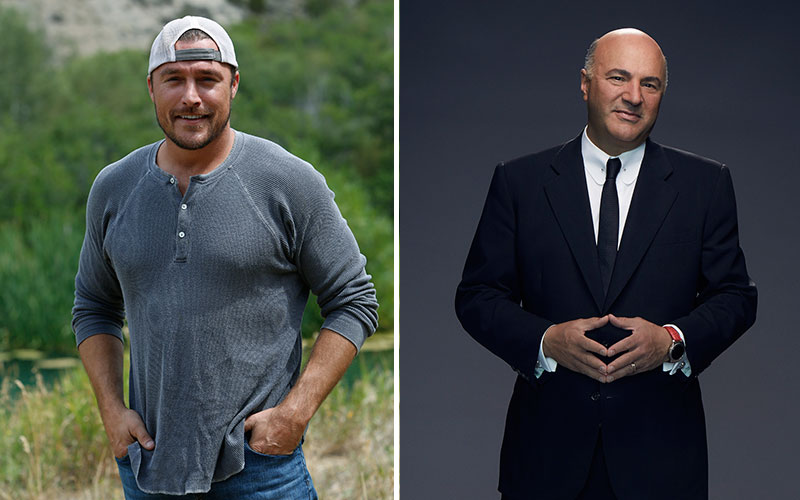 Stars from The Bachelor and Shark Tank have both been involved in fatal crashes: Bachelor Chris Soules agreed to a plea deal that will keep him out of prison for a 2017 hit and run, while shark Kevin O’Leary was on his boat when it was involved in a crash that killed two people this weekend.

Chris Soules will receive probation for fleeing the scene of a fatal crash in 2017. He hit a tractor, killing the driver, and while he called 911 and performed CPR, he also left before police arrived, and then later refused to come out of his house until police obtained a warrant. The Courier newspaper reported then that “[a]lcohol was found at the scene” but it was unclear whose it was.

He also has to pay a $625 fine and “submit to DNA testing, abstain from ‘mood-altering substances’ and alcohol and participate in any programs required by corrections officials to promote rehabilitation and protection of the community,” according to the paper. His past record includes a DUI.

Earlier this year, Chris and his insurance company settled with the estate of the dead man, Kenneth Mosher, for $2.4 million, and that “discharged Chris Soules and his parents, Gary and Linda Soules, and their insurance carrier, Grinnell Mutual Reinsurance Co., of all liability in the collision,” The Courier reported.

Shark Tank star Kevin O’Leary was on his boat when it crashed into a larger boat on Lake Joseph, which is north of Toronto. O’Leary’s boat went across the other boat, killing one passenger immediately and fatally injuring another.

The crash happened late Saturday night, and is being investigated by Ontario Provincial Police.

Kevin released a statement in which he blamed the other boat but also wants to “respect” the families of the dead people by not commenting further:

“Late Saturday night I was a passenger in a boat that had a tragic collision with another craft that had no navigation lights on and then fled the scene of the accident. I am fully cooperating with authorities.

Out of respect for the families who have lost loved ones and to fully support the ongoing investigation, I feel it is inappropriate to make further comments at this time. My thoughts are with all the families affected.”

The other boat’s owner says the opposite, however, according to TMZ, including that Kevin’s boat didn’t have its lights on and fled the scene.

Kevin told CBC News that his wife, Linda O’Leary, was piloting the boat.

The Toronto Star reported that Ontario Provincial Police “identified the victims as Gary Poltash and Susanne Brito,” who “were passengers in a larger boat that had been out for an twilight cruise. The other boat involved in the crash was smaller, on its way back to shore after an evening out.”