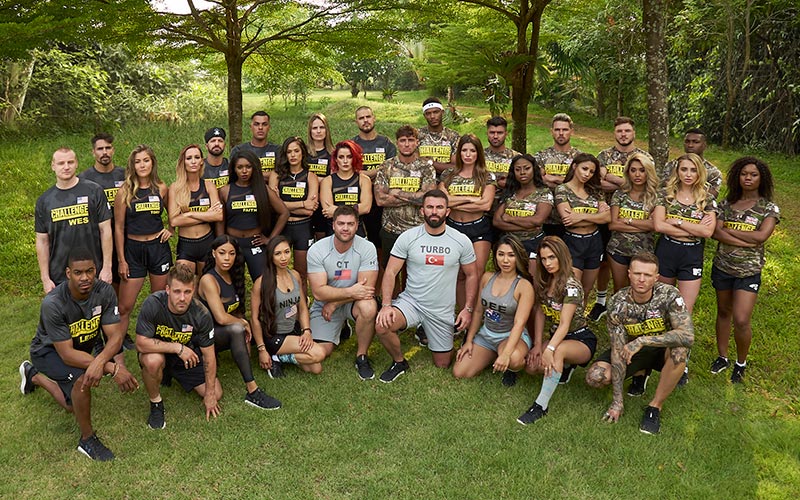 The Challenge season 34: War of the Worlds 2 cast (Photo by MTV)

MTV has announced the cast and theme of The Challenge 34, and it’s a sequel to last season that will have two teams, American players versus British players.

MTV’s press release asks, “After turning on each other last season, will the Americans be able to unite in order to reclaim the throne against the unstoppable British alliance?”

This will be the first time The Challenge has used a two-team format since 2009, with season 18, The Ruins. (That was also the last season that called itself The Real World/Road Rules Challenge.)

The two teams of 14 cast members will be able to pick new members from “The Reinforcements,” three players who’ve competed once before, and one player who’s compete 15 times before (that’s CT).

While a report said the season would be subtitled “Bloody Hell,” a reference to its UK versus US theme, the title is officially War of the Worlds 2. In the trailer, Bananas screams, “Welcome, everyone, to Bloody fucking Hell,” so it sounds like the name might have been changed after production began.

(Update, Aug. 15: While MTV initially announced a Wednesdays at 8 timeslot, where the show would compete directly against both Survivor and Masked Singer once they premiere in September, the network announced yesterday that it changed the timeslot back to 9.)

If you want to be spoiled, Vevmo’s spoiler PinkRose has a list of eliminations and also elimination match-ups, which includes details about why some people left the game. There are also spoilers about the final match-up and $1 million winners.

The Challenge season 34: War of the Worlds 2 cast

Here are the cast members for The Challenge: War of the Worlds 2, via MTV, which also identified how many times each person has been on the show as of this season.

Most of the UK team is relatively new to the Challenge, while more than a few of the Americans have been on the show through multiple presidencies.