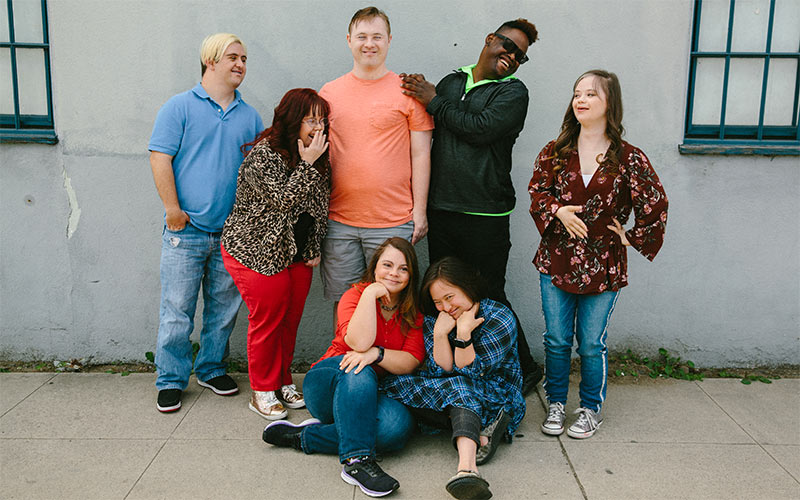 You are the best person to ask this: Do you know if Born This Way got cancelled? It usually premieres in April, and now we are way past that with no announcements. —AM

One year ago today, Born this Way season four premiered: it was a condensed season, with just eight episodes that were doubled-up and broadcast over four weeks. A&E called this an “event,” but it felt to me like they were burning off episodes.

The show has earned a lot of recognition and goodwill for its honest look at the lives of young people who are living with Down syndrome. Just look at this trailer A&E produced for season 2 three years ago, in 2016:

That goodwill and recognition continues. Most recently, Born This Way was nominated for three Emmys this year: for outstanding unstructured reality program, and also in the casting and editing categories. (Winners will be announced next month.)

It’s won three Emmys in the past: for unstructured reality show, for casting, and for cinematography.

I asked A&E about its future, and I have neither good news nor bad news to report to you: the network told me that no decision has been made yet about a fifth season.

Update, Aug. 22: One week after this story was published, A&E said that Born This Way was ending with a one-hour reunion special and a “six-part short form digital series.”

In other words, Born This Way has been cancelled, and won’t be back for a full season. The TV special is basically a reunion, and it’ll air later this year. Here’s A&E’s description:

“On the heels of last season’s monumental moment of the wedding of cast members Cristina and Angel, the digital series will continue the story of Elena, John, Megan, Rachel, Sean, Steven, Cristina and Angel, and allow them to continue to share their unabashedly honest take on situations that are relatable to all.

The one hour series finale special will celebrate the spirit of the holiday season as the cast gathers to reflect on their personal growth across the four seasons of the show and discuss “Born This Way’s” impact on the way society views people with disabilities. From finding jobs to navigating relationships and break ups to exerting their own independence, the cast will rejoice in the journey they have been on together and thank fans for all of their support along the way.”

Earlier: In this era, when old shows pop up again, and when it sometimes takes forever to get a cable network to develop a series, it’s very possible the show could return. That said, more than a year without any news or decisions doesn’t exactly communicate enthusiasm on A&E’s part. No one has updated the show’s Facebook page since last September.

In its four seasons, the show did affect many people’s lives. Greta Harrison wrote in an essay on The Mighty yesterday that her daughter, who has Down syndrome, was 15 when the show premiered in 2015, and:

“For the first time in our daughter’s life, we saw families and self-advocates with Down syndrome sharing their lives on TV. We saw discussions about friendships, medical issues, career dreams, work, dating, love, marriage, driving, independence, moving away from home, parental guidance, parental fears and so many things that people like my family think about and struggle with on a daily basis.

Considering that people with disabilities are the largest and most ignored minority in the world, it was about time! Having a cast made up of people with significant disabilities was a monumental first. Being Hispanic, I know what it is like to grow up not seeing people who look like yourself in the media. I am so grateful that due to Born This Way, and the shows that have debuted since, my daughter is now seeing people who look like her, and some of her friends, on TV.”

I just want to know how to apply to be on Naked and Afraid. —Colleen

That’s an easy one.

Casting for Naked and Afraid is handled by Metal Flowers Media, a casting and talent company.

Their latest update says they’re casting this year for the main show and Naked and Afraid XL.

Have a question about reality TV: Send it to me!