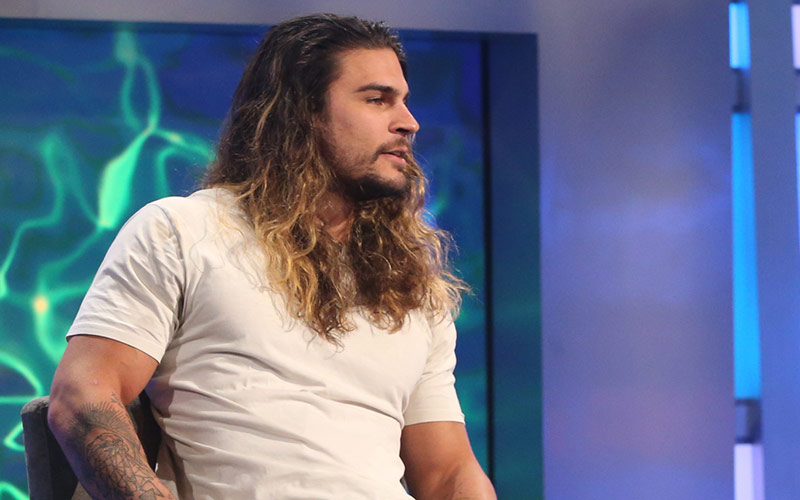 A few years ago, on an average day, I woke up and took a big drink of water from the 32-ounce water bottle I’d placed on my nightstand. I topped it off with cold water from the fridge, and then drove to my office, sipping all the way. When I exited the interstate and sat at a stoplight, I took another drink, and felt something touch my lips.

I looked down into the water bottle and there, swimming in the 16 ounces or so that remained, was a massive cockroach. Before dumping it out and then rubbing hand sanitizer all over my mouth, I took the picture below. Had I fished the cockroach out and then kept drinking, I would have done exactly what CBS did last night on Big Brother 21, when Jack Matthews was finally evicted from the game.

Because just removing a roach—and the “bacteria, funguses, molds and a couple of viruses that cockroaches can carry”—from the water wouldn’t have magically made it clean again. Yet that’s what Big Brother would have us believe.

What was remarkable about Jack’s eviction—by a 6 to 2 vote; Analyse and Christie voted for Jackson—was that Julie Chen didn’t just ask him about his behavior, she showed it.

Executive producer Allison Grodner once explained why they don’t show racism or other awfulness: “We really don’t want to put hateful things out there in our edits,” she said. But they did last night.

After typical questions about his game play, during which Jack had his usual cocky swagger, Julie Chen Moonves pivoted by asking why he targeted Kemi. “Because she said some bad stuff about my boy Jack—Michie,” Jack said.

Julie responded, “You said some bad stuff about Kemi in the house.” Jack, still cocky, said, “Yes, I did get excited a couple times,” as if this was all just fun. Then Julie revealed that the receipts were coming, telling him to watch a monitor as they played back what he said. “Oh, no,” Jack said.

We saw clips of him referring to Kemi as “dogshit” and then saying he wanted to “stomp a mudhole through her chest,” with a split screen showing his face as he watched. Julie then asked, “Watching that now, what are your thoughts?”

Jack attributed the “mudhole” comment to BB20’s Sam (she did say it, but I wrote about why it seemed different), and then Jack said, “I don’t think there was any personal vendetta in behind saying that. I think my statements were playful in a group of people. I do apologize for what I said, and that’s very sincere. I think Kemi was, and is, a great person.”

“Playful”? “I’ll stomp a mud hole in that bitch’s chest” is playful?

While Julie didn’t challenge anything he said—or follow up with a specific question about his defense— she and the producers were not yet done, bringing up Jack’s unnecessary “rice pudding” comment in reference to Bella, who is Asian.

However, this time Julie pivoted to the Andy Cohen method, attributing observations to viewers: “Some people watching the live feeds found offensive”; “some people thought that was a derogatory statement about her ethnicity.”

Jack said his out-of-the-blue comment was about actual rice pudding and “different recipes” for slop, adding that “rice pudding was spoken about in slop pudding.” Did that happen? The other houseguests didn’t get the reference.

If that happened, there’d be footage; this would have been a great opportunity for Julie to fact-check Jack, but she didn’t. Again, she did not follow up.

Also, it really seemed to me like Jack was prepared with defenses, perhaps because he’d been warned about it in the Diary Room previously. “It had nothing—absolutely nothing—to do with her ethnicity, whatsoever,” he told Julie Chen. “I appreciate that I get to voice me saying that.”

There was no mention during last night’s episode of Big Brother of the racist behavior from a producer who asked Kemi to talk and act in a more stereotypical way.

There was no mention of the things Jackson has said, nor the way the CBS show edited both he and Jack into lovable goofy heroes while giving Kemi more of a villain edit.

There was no explanation as to why viewers of the CBS program weren’t allowed to know anything of Jack’s awful behavior before last night, day 50 of a 99-day season. Why did it take 20 episodes? 20!

Of course, I am glad that Jack was challenged, publicly, about his behavior.

But it’s impossible to forget that this is the exact same thing the network did six years ago when the house erupted with far more overtly racist and bigoted language: The producers and network just used Aaryn as a scapegoat and then kept doing what they do.

They cast people who behave in awful ways and they permit the behavior (this happens on Survivor, too).

The contestants are participating in a game whose rules are entirely created by the production, people who they live in an artificially constructed environment in which everything is controlled, from when they are allowed to sleep to how much alcohol they can consume.

Yet in this magical place, there are no enforced rules against racist, violent or threatening language? Why is that?

The season after its own racism controversy, the UK’s Big Brother immediately evicted someone for using the n-word: she’d violated the rules, so she was out.

CBS has no such clear, public standards. They pretend as if this is offensive to them (by copying and pasting the same statement), but it cannot possibly be truly offensive, because it would have changed.

Last season, during Big Brother 20, after JC Mounduix repeatedly touched other players’ genitalia without their consent, and after other contestants used racially charged language, CBS did something new: they publicly said that “those involved have been warned about their inappropriate behavior and offensive comments, as well as future consequences.”

Identifying and pointing out a handful of examples of one person’s explicit behavior is a start, but it most certainly does not come close to adequately covering what’s happened so far this season.

And it sure does not even begin to deal with the implicit racism problem that Big Brother has. The producers and network seem incapable of seeing what they’re creating in the structure of the game, such as the day-one banishment, which encourages people to vote for an “other,” and Camp Comeback, which isolated, labeled, and further punished the first three people evicted, all of whom were people of color.

CBS executives promised to review Big Brother once this season is over—i.e., once they’re done profiting off of it—but we’re only just past the halfway point of this season. Make no mistake about it: the roaches are still swimming around.