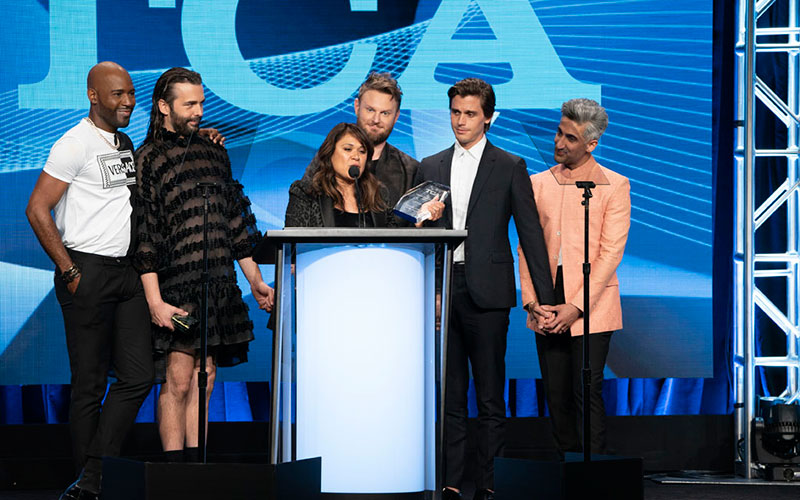 Queer Eye won the Television Critics Association’s award for outstanding reality program for the second year in a row, the first time a show has repeated in the category in its history. The documentary Leaving Neverland also won, in the news and information category.

Both were presented at the 35th annual TCA Awards, which also recognized shows such as Fleabag, Russian Doll, and Chernobyl, while Deadwood creator David Milch received the lifetime achievement award, and Deadwood itself won the heritage award. (The full list of winners is below; the awards, which were hosted by comedians Desus and Mero, are not televised.)

The Television Critics Association first chose an Outstanding Achievement in Reality Programming award-winner in 2011, when The Amazing Race won. The award has been presented nine times total:

Considering how frequently the exact same reality shows are nominated for Emmys, and how the same show tends to win year after year, it’s remarkable that there hasn’t been a repeat winner until now.

And other shows have repeated in TCA Awards: Last Week Tonight with John Oliver has won three times: in 2015, 2018, and this year.

This year, the BBC and Amazon’s Fleabag won in two categories, with its star and writer, Phoebe Waller-Bridge, winning in a third category.

Full disclosure: As a TCA member, I voted in the awards, and as a board member, co-presented the news and information award with TV Guide’s Damian Holbrook.

The TCA Awards are voted on by members of the Television Critics Association. Each member (there are about 250 of us) can nominate up to four shows in each category, and then we vote for a winner from the nominees.

Here are the nominees and winners (marked in bold) from the 35th annual TCA Awards, which were all presented Saturday, Aug. 3, at the Beverly Hilton in Los Angeles.

Outstanding Achievement in Movie or Miniseries