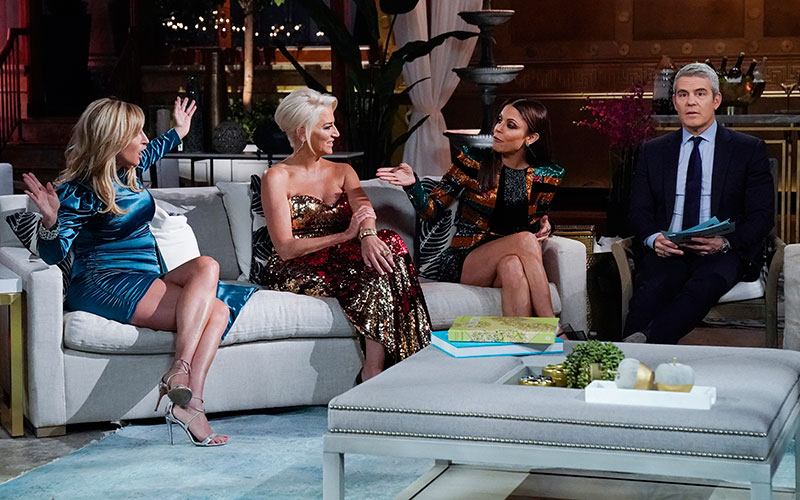 Will it be as big of a phenomenon here as it is in the U.K.? Will audiences ignore it like they did Paradise Hotel, a show that has the exact same format?

We’ll find out later this week—but there’s a lot more reality TV than just Love Island this week. Here’s your overview of what’s premiering, both series and one-off documentaries and specials.

Years after Last Comic Standing, NBC is trying again with a comedy competition: Bring the Funny (NBC, Tuesdays at 10) won’t be limited to any particular type of comedy, and will be judged by Kenan Thompson, Chrissy Teigen, and Jeff Foxworthy.

Another new competition starts this week: The Next Big Thing (BET, Tuesdays at 10), on which “twelve up-and-coming R&B and hip-hop artists are put through a grueling artist development boot camp designed to create bonafide superstars,” according to the network.

The Real Housewives of New York City have ended their latest season, which had its highs and lows, though wasn’t its most engaging season ever. They’re my Housewives, but I don’t ever need a single minute with Dale berating Tinsley again. Let’s stick with the comic delusion, please!

Anyway: it’s not over yet, because there are three hours of reunions coming up, starting this week and continuing for three weeks (Bravo, Thursdays at 9).

Luann will be on the couches this year, along with Bethenny, Sonja, Dorinda, Tinsley, and Barbara, and Bravo says they’ll “confront Ramona for her lies and insults” and “hold Luann accountable for her sobriety.”

Returning for new seasons this Thursday are three favorites:

Fast ‘N’ Loud (Discovery, Mondays at 9) returns, and so does Top Gear (BBC America, Sundays at 8) with one returning host, Chris Harris, and two new ones, Freddie Flintoff and Paddy McGuinness.

History is having “four of the world’s leading strongmen” travel the world and try to break records from historical feats of strength on the new series The Strongest Man In History (History, Wednesdays at 10).

Couples who have disparity in their wealth are the subject of Marrying Millions (Lifetime, Wednesdays at 10).

In true crime, there are three premieres:

Travel Channel serves up another show about ghosts, this time with a psychic and a detective teaming up for The Dead Files (Travel Channel, Thursdays at 10).

It’s Space Week on National Geographic, which began last night with Apollo: Missions to the Moon, which I loved in part because of its atypical style: no narrator, no talking heads, no interviews, just immersive footage.

Here’s what Nat Geo will air during the week:

I Love You, Now Die (HBO, July 9 and 10 at 8 p.m.) examines “the 2014 texting suicide case that made national headlines” when “18-year-old Conrad Roy killed himself in his car in Fairhaven, Mass., [and] police discovered text messages in which his girlfriend, 17-year-old Michelle Carter, seemed to encourage him to commit suicide.”

The Best of the Hunt (BBC America, Saturday, July 13, at 9) is a special with footage drawn from the series The Hunt, which focuses on predators “and the huge effort they must put forth in order to survive,” according to the network.

JFK Jr. and Carolyn’s Wedding: The Lost Tapes (TLC, July 13 at 8) looks back at the marriage festivities of John F. Kennedy Jr. and Carolyn Bessette, who both died in 20 years ago in a plane crash.

A four-part documentary series “focuses on creative conversation and the emotional side of music-making.” It’s called Shangri-La (Showtime, Fridays at 9); half the episodes are directed by Won’t You Be My Neighbor director Morgan Neville, and half by Jeff Malmberg.