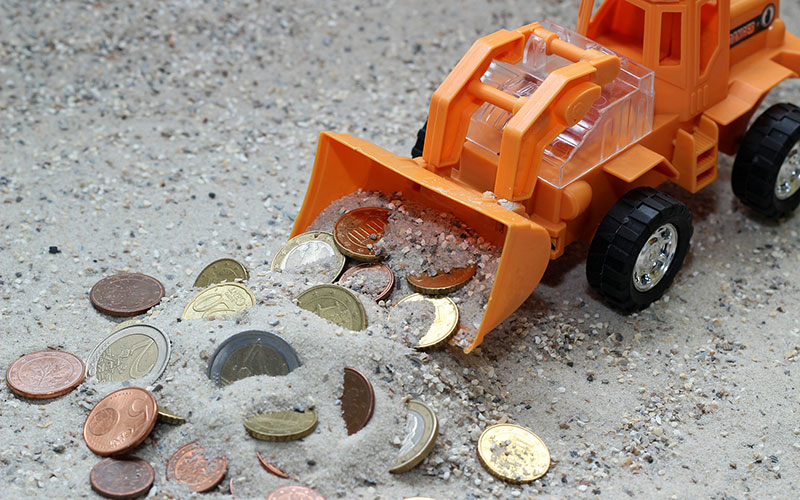 Survivor 40's cast will get money, though perhaps not cute dump trucks to scoop it up with. (Photo by Gundula Vogel/Pixabay)

For its 40th season, Survivor is doing new things with money: the prize has been doubled to $2 million, and the contestants will be given money to spend throughout the season.

That includes luxury items, food, and advantages in the game, and those who’ve been voted out and sent to Edge of Extinction can still buy things, too. So if you like the Survivor auction, it’s basically back for an entire season, except without the auction.

Both of these tidbits come via Inside Survivor’s Martin Holmes, who reported yesterday on the increased prize.

CBS has previously given away $2 million in a season: Survivor All Stars had a $1 million prize, and then a $1 million fan-favorite prize.

Doubling the prize for the 40th season—and for a cast of all winners—makes a lot of sense, and also increases the stakes.

Alas, this season will also include the Edge of Extinction, so it’s conceivable someone could get voted out early, do nothing except sit around and make macaroni pictures about their childhood memories, win a challenge, and then win the biggest prize in Survivor history because their camp BFFs voted for them.

A new Survivor twist: money to spend on luxuries, advantages, and more

As if that wasn’t enough, Jeff Probst and company have decided to give the cast money to spend inside the game. Here’s what Martin Holmes reported about this new twist:

“According to our sources, at the start of the game, each player is given a certain amount of Survivor ‘money.’ This money can then be exchanged for rewards, comfort items, and advantages throughout the season. When a player is voted out, they must will their money and any purchased items to another player still in the game, much like the Legacy Advantage.

The twist is also in effect for those living on the Edge of Extinction, which we recently revealed is part of this season. The inhabitants of the Edge can send advantages to players still in the game, but to obtain the advantage, the recipient must pay for it. If a player chooses to purchase an advantage, the money is then transferred to the sender on the Edge, who can spend it on food or comfort.”

I like the general idea of the auctions, and there’s something interesting about extending it further, but it also just puts more weight on advantages and luxuries rather than, you know, the game of Survivor.

Finally: Why do this for the long-awaited all-winner season? Why clutter it unnecessarily with this Survivor cash/money/currency twist, and the dreaded existence of Edge of Extinction?

Obviously, someone is convinced that the show just doesn’t work without piling on of extra nonsense.