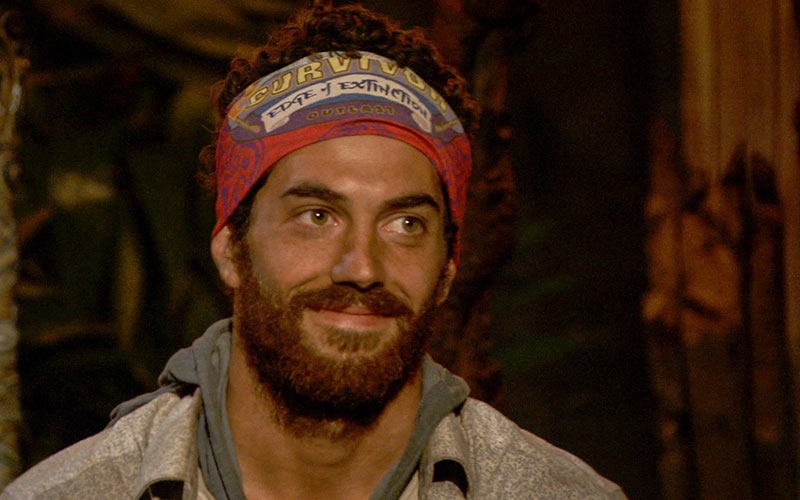 Chris Underwood, who won Survivor Edge of Extinction despite only playing for 13 days. (Image from Survivor via CBS)

Survivor season 40, which will have a cast of 20 previous winners competing, will bring back perhaps the most-reviled twist in the now-40-season history of the CBS reality competition: the Edge of Extinction.

That’s the twist first introduced this spring, during season 38, that allows every player who’s been voted out to stick around by living on an island, waiting until they get a chance to re-enter the game and becoming a prop for Jeff Probst’s “storytelling.”

Season 38’s winner, Chris Underwood, was only actively in the game for one-third of the season: 13 days.

As much as I hate Edge of Extinction, it does make more sense for an all-winners season, at least in terms of its conception: assuming everyone (or most everyone) decides to go to Extinction, then the show gets to keep all 20 winners on screen for 14 episodes.

Survivor is bringing back winners for the same reason it brought back four people during season 38: familiar faces drive ratings, or at least that’s what CBS seems convinced of. Edge allows all of those familiar faces to stick around for the entire spring.

Will anything change with the Edge of Extinction this time?

Inside Survivor’s Martin Holmes reported on its return, noting that “It’s unclear if those competing on season 40 will be made aware of the twist from the start or if it will once again remain under wraps until a later point in the game.”

Of course, those who went to compete on season 40 watched all of season 38, Survivor: Edge of Extinction, and know of the twist’s existence and how it played out.

Perhaps, as a result, they’ll just immediately vote out anyone who returns—though of course that’ll be made more difficult by whatever the production decides to give to the player who returns to the competition, such as half an immunity idol, an advantage, or an invisibility cloak.

Or perhaps Probst and company will change the Edge of Extinction so it’s less annoying and doesn’t quite undermine Survivor’s entire game.

Maybe it’ll at least just go away after the merge? Maybe they’ll actually shift the episodes’ focus to Edge so we can watch everyone bond as a jury and decide to vote for one of their own to win? (Probably not.)

In his report, Holmes cites the work of Survivor spoiler “SurvivorsUnite,” who pointed out that this twist explains why it’s pointless to use weight loss to judge how long someone lasted during season 40. (Now that the contestants have returned, some people are making assumptions about their progress in the game based upon their weight.)

In his story, Holmes asks, “Is it really a ‘best of the best’ season if a player can be voted out and then come back later in the season? Is it just a desperate attempt by producers to keep the bigger characters on-screen as long as possible?”

I don’t really know the answer to the first one, since the person who wins the game with the rules is, you know, the winner, even if they seem like a mediocre winner because of that twist (Chris cough cough).

But I’m confident answering “yes” to the second.

And while that may make some sense for an all-winners season, as I noted above, it’s still pretty stunning that Jeff Probst, CBS, and the entire production looked at season 38—and the reaction to it—and decided to ruin another potentially great season with a twist that allows someone voted out early in the game to come back and win it all after bonding with the jury while lolling around on Extinction.

Perhaps the goal is to make Survivor go extinct after season 40? The Edge of Extinction definitely takes the show a few steps closer to that.