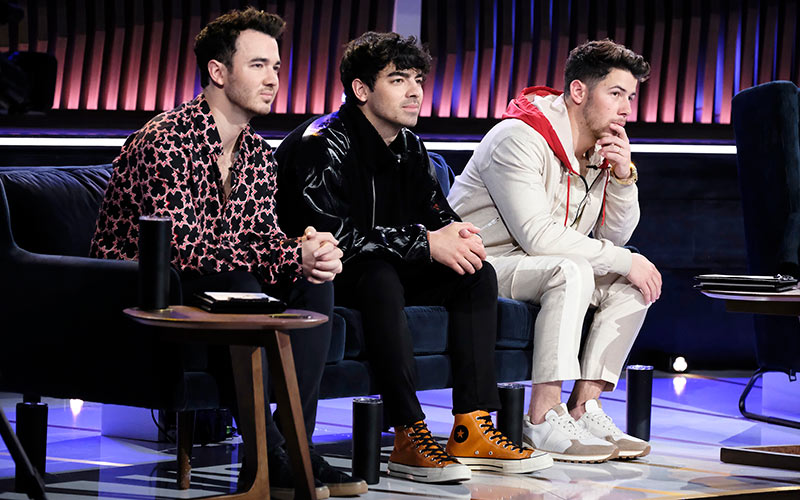 Songland is a clear hit for NBC: the songwriting competition was the 12th most-watched show for the week of June 17 to 23, and was in the top 5 among viewers 18 to 49. I’m a fan: I love watching the creative process unfold.

But the show had a rocky start. In 2016, when Songland first started casting, entertainment lawyer Wallace Collins wrote that the show’s agreement was “one of the most onerous of the various television contest submission agreements I have encountered.”

He wrote that was in part because it “states that NBC will own all rights to use and exploit all of your songs involved in the show including the songs you submit in the initial application … even if you do not get selected to be on the” show.

That was not, apparently, the production’s intent.

Back then, executive producer Audrey Morrissey told Billboard, “We wish to be abundantly clear that by signing the casting application, songwriters do not transfer ownership of any of their original songs. This show is truly a celebration of songwriters and their craft.”

The original casting and liability release form‘s language was adjusted, and, according to Billboard, was changed to read:

“As part of my application to participate in the Program, I may or will be required to submit an original, unpublished song and other musical material (collectively, the “Music”), for which I hold and shall continue to hold all copyrights and ownership therein.”

When the show was announced last fall, Morrissey told Deadline, “It was a casting questionnaire. The language was broad enough for people to misinterpret. I’m glad it happened at the beginning because we could refine it.”

This spring, executive producer Dave Stewart—who was half of the Eurythmics along with Annie Lennox—told Billboard said something similar, saying it was a misunderstanding but blaming that misunderstanding on the songwriters and Collins’ post:

“Any shows you put on TV—if you go on The View or anywhere—and you perform a song, you sign a release form so you can perform the song and they can show it, but songwriters jumbled that up with giving away the rights to that song because of the way that particular guy had worded it.

… it was nothing to do with the songwriting contract; that was just to do with the NBC being on the television. So all of the artists coming on and writing songs and collaborating or co-writing with Ryan Tedder or whoever, they own their song or if they’ve cowritten it, they own that piece of the song. It was always like that.”

What is Songland’s actual prize?

Okay, so what is the actual prize?

When someone’s song is selected and recorded—such as Adam Friedman’s “Be Nice,” which was recorded by will.i.am and the Black Eyed Peas, or Able Heart, whose song “Greenlight” became a Jonas Brothers song—what do the contestants get?

Do they share in royalties? Do they get any kind of compensation from the show?

There is no cash prize, which prompted a writer at Bustle declared that “It’s Almost Better Than Money,” and “a cash prize is always nice, having the chance to get your music recorded by one of the below big names is the opportunity of a lifetime.”

Unfortunately, neither exposure nor opportunities can be used to pay rent, student loans, or credit card bills.

But the songwriters do appear to retain some ownership in their songs, meaning they’d be entitled to royalties. There’s some information about that in current casting materials.

Songland is currently casting for a second season that is scheduled to film this fall, in September and October, and the frequently asked questions of the casting site starts with this question:

1. If I submit a song for consideration do I give up any portion of the copyright?

No. However, if you are selected to participate in the program, you will have to enter into further agreements and sign other documents with “Songland” regarding the rights and splits to your originally submitted song.

Splits are the percentage that each songwriter owns, essentially, of a song they create together.

It’s not clear what those exact rights and splits actually are for Songland songs; I asked NBC but haven’t received a response.

For some general information, Nashville Songwriters Association International breaks down “how songwriters get paid.” Splits would determine what percentage of the writers’ fee that each writer gets, and could end up being quite small, depending upon how many writers there are, what share each person gets, and who else gets a cut of royalties.

ASCAP recommends that co-songwriters “amicably agree on splits—ideally in writing—that add up to exactly 100%.” They even produced an animated video and song to make the point.

ASCAP warns that, “If you don’t work these issues out early in the creative process, bad title registrations and disputes can end important creative relationships and result in inaccurate royalty payments or royalties going to the wrong person.”

Even if Songland’s writers do get a substantial cut of a hit song, that doesn’t necessarily translate to instant fortune.

NPR reported that “things have gotten a lot more difficult for songwriters of late. It takes a massive hit for a songwriter to substantially profit from streaming services,” and explored why “Songwriting used to be a much more lucrative profession before the streaming era, and not just because of royalties.”