Robert Irvine on Restaurant: Impossible Revisited, and what’s changed on his show

In 2012, looking at the then-new reality makeover series Restaurant Impossible affected restaurants, The New York Times noted in its story that “[a] Food Network spokesman declined to comment for this article, except to say that the show planned to revisit its handiwork sometime in the future.”

That revisiting starts tonight: after a new episode of Restaurant Impossible (Food Network, Saturdays at 9), the network will premiere the first episode of a new, two-coloned spin-off called Restaurant: Impossible: Revisited (Saturdays at 10), on which Robert Irvine checks back in with restaurants the show has visited during the past eight years. Most of those, 105 out of of 144, have closed.

The first episode goes back to Pennsylvania. Here’s Food Network’s description of the episode:

“Robert Irvine revisits Dodge City Steakhouse in Harrisburg, Penn., to see if the owner is delegating responsibilities or trying to do everything on his own like he did when Robert came to his aid in 2011. The owner dedicated his life to the restaurant, and it was all he had. Robert hopes to find that, with more family involved in the business, he has been able to get out of $600,000 in debt and no longer carries all the weight on his shoulders.”

Eight new Revisted episodes will air, along with new episodes of the makeover series itself, which returned this spring after being cancelled in 2016.

When I asked Robert Irvine if it was truly possible to turn around a failing or troubled restaurant in just 48 hours, he said pointed to the spin-off: “You’ll see the restaurants we did six, seven, eight years ago, and where are they now, and that’ll answer that question for you.”

But he also has a clear answer: “The answer to that is very simple: The answer is yes. After 30 years of bad habits, you can’t turn around the restaurant without work on their behalf in 48 hours.”

“I’m just opening the door and teaching you what you need to do. I give you the reality dose. I’m just not there for 48 hours and then all of a sudden, I’m gone. I’m in your life for the rest of your life, whether you like it or not, whether you fail or succeed,” he said.

How Restaurant Impossible has changed in season 14

When Restaurant: Impossible returned earlier this year, it felt very different to me: looser, fresher, more realistic, and less focused and dependent on drama. (Read my full review.)

Irvine told me there have been changes behind the scenes, though the core of the show hasn’t shifted.

That camera work means the fourth wall gets broken more frequently: “I grab a camera and you see the camera guy more, you see the people working behind the scenes more,” he said.

Before Restaurant Impossible was cancelled three years ago, the show’s “ambush” format had Irvine and the team showing up unannounced, surprising restaurant owners. (I did not like that format.)

“It was a great idea, it’s my idea, so I’ve got to say that,” Irvine told me. “But the trouble we faced with that was we couldn’t pull permits, we couldn’t do major construction work because we didn’t have the permits. It was a lot harder on my team, and a lot harder on the restaurant owner.”

“It was great for a while, and we got some great results from it, as far as stories,” he said, but added, “I’m glad we’re back to this format now. It’s lot less rushed for the team, and we can really do some amazing things.”

One difference is that there’s now more of Irvine spending one-on-one time with owners and chefs. I wondered if that was editing—choosing to show us that rather than dramatic moments—or if he was working differently now.

“It’s always been that way,” Irvine said. “What you don’t see is that I spend every working moment of that 48 hours with the folks, teaching them things that we just don’t have time to show you on TV. It’s a 42-minute show with 48 hours of footage. I think we’ve always done that.”

“I think the casting side is different. The drama unfolds on its own; we don’t create drama. It’s real life and we just show up and live in that world for a moment. Maybe you’re seeing that from a TV standpoint, but it’s always been the same, so it’s probably more of showing you that stuff than we ever did before, because it’s always happened.”

Part of letting drama unfold is not learning about the restaurant or its owners in advance.

“I choose to know nothing,” Irvine told me. “I’ve never known anything about the restaurant before I walk in. Because I don’t want to pre-judge—because it’s easy to pre-judge. I want to hear it from them, I don’t want it from the producer. I want to hear their story of where they’ve come from, how they got there, what’s at stake for them. Most of these folks have their houses on the line, their families on the line.”

“That’s a lot of pressure for me,” he said. “That’s somebody’s life we’re messing with. It’s not a TV show to me. There are other restaurant shows out there; they come up with a big truck, spend five days or whatever, they’re never there, they don’t care about the people, it’s TV. To me, it’s not TV, it’s somebody’s life.”

There’s also pressure on the team that works with Irvine, who renovate the physical space, solving problems and updating the decor.

“What Tom [Bury] and Tanya [Nayak] and Lynn [Kegan] do—I don’t know anybody else on the planet that could do it with even a week of planning, and we don’t get that,” he said. “The minute I walk in, we do a service, I’ve got my ideas. By 12 noon on day one, they’re working on the plan.”

“That’s what makes them special. You can ask any of our volunteers that have worked on it how real—they don’t believe how real it is until they’re actually doing it,” he added, inviting me to come see it in person whenever the show was nearby if I didn’t believe him. (The renovations and re-openings are somewhat public events, in part because of their need for volunteers—and people to eat at the restaurant before and after the makeover.)

When the show returned in April with four episodes, it was such a success that Food Network fast-tracked new episodes, and they’ve filmed 16 episodes—eight new restaurants, eight revisited—in the time since then.

“The schedule was brutal,” Irvine told me, “but it’s not work to me. I get to do something that nobody else gets to do: have fun, meet people, change their lives, and give communities hope. That is unbelievable. Yes, I get tired, but any time I give back a restaurant and they’re crying—normally I cry, too, and the crew cries—it’s pretty amazing to see the difference that Restaurant: Impossible really makes.” 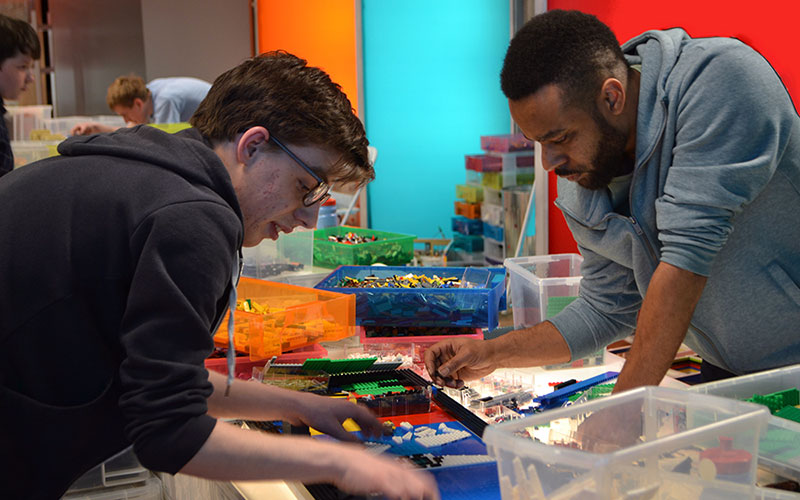 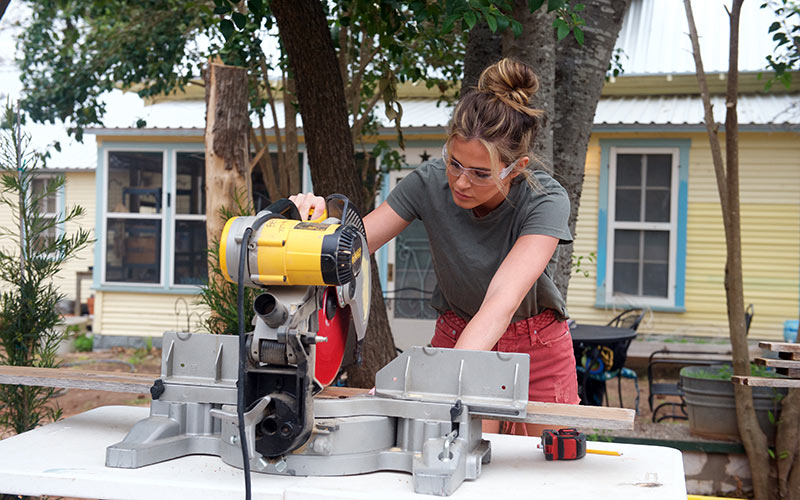