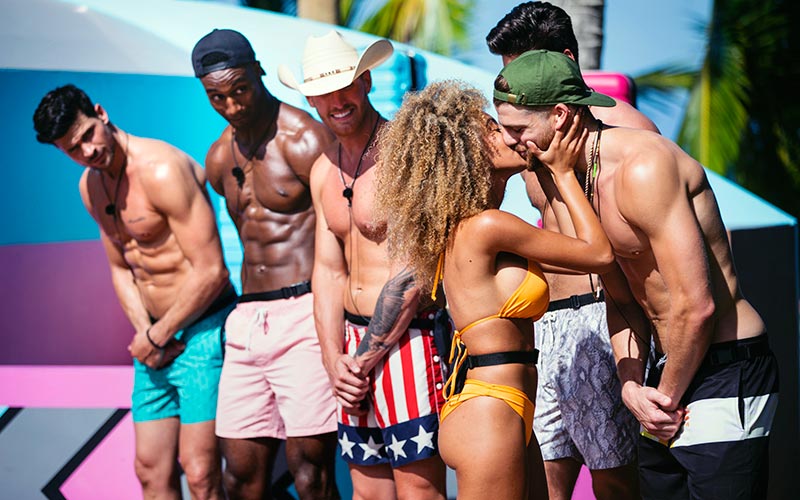 Two new reality competitions premiered last night: The CBS adaptation of international sensation that is Love Island, and Bring the Funny, a brand-new format that premiered on NBC.

Bring the Funny had 6.18 million viewers and a 1.2 rating among people 18 to 49, meaning that 0.6 percent of adults 18 to 49 were watching. That made it “the most-watched debut of any summer TV series in two years,” according to TVBytheNumbers.

That’s abysmally low—not as low as Paradise Hotel’s low-rated premiere on Fox (that had 1.4 million viewers and a 0.5 rating), but super-low for a show that was so heavily promoted, and that has existing name recognition. (The U.K. version drew between 3 and 4 million viewers per night last summer.)

The two shows aired at different times, and Bring the Funny—which I thought was very similar to America’s Got Talent—premiered right after AGT, so it had a boost.

While they’re very different, it’s still fascinating to me that the show with name recognition is the one that struggled while the unknown series did quite well.

But this is also a show that is airing in real time, five nights per week, so I can’t imagine CBS wants people to DVR it and save it for the weekend. Though that’s better than not watching!

I am surprised that Love Island premiered on a Tuesday, by itself, without Big Brother to help out, and it’s also going to be airing at 8 p.m., meaning it won’t have BB21 as a lead-in.

Both CBS reality series are competitions that are marketed and positioned in the same way: as light, fun, summertime ridiculousness. That’s at least how the Big Brother’s TV episodes are edited and framed, even though what happens in the house is often very different.

Ultimately, the ratings are disappointing because it was such a strong premiere episode. This spring, CBS premiered two other new shows, The World’s Best and Million Dollar Mile, and both were pretty dismal: limp, unnecessary, confusing, poorly executed.

Love Island was the opposite, and I loved it. (The premiere is on YouTube, if you missed it.)

So what happens now? Fox didn’t cancel Paradise Hotel, but basically bailed on it, cutting back its episodes from three to one per week. I don’t think CBS will do that; they’ve invested a lot, and while it’s atypical for a show to gain viewers, it could happen.

In response to someone who tweeted about how the UK version grew its audience over time, as it wasn’t an immediate smash hit, CBS Entertainment President Kelly Kahl tweeted, “that’s the hope…”

In other words, they’ll probably be patient with it. Kahl also tweeted, “trust me, we would like nothing more than to have 2 strong summer reality franchises.”

Another CBS executive, who tweets about CBS show ratings as @notesfornerds, tweeted that Love Island “is solid among female viewers. The Nerd expects to see a build as word-of-mouth grows.”

I’m glad there’s public confidence about it, and I really hope the low ratings don’t cause CBS or the producers to pull back. If anything, we need more: more narration, more attention to detail (like with the excellent soundtrack), more emphasis on the absurdity along with the drama that will inevitably unfold.